International Day of the Disappeared 2022

The international day of the disappeared is an opportunity to recognise those missing due to war, migration and crisis and their loved ones’ search for answers – and justice.

Hundreds of thousands of people worldwide have disappeared due to conflict, disaster and crime. Many are never heard from again.

The worst is the not knowing.

In war zones, under dictatorships, in areas of lawlessness and unaccountability, people go missing. More accurately, they are the forcibly disappeared.

Victims vanish from their families and their society. Often, it is because of their roles – or their identity – that they have been seized or killed. Maybe they are an activist or a political opponent, a rival or a threat to nefarious business. Or they are from the wrong community, ethnic or language group.

Or they are in the wrong place at the wrong time.

They may be abducted and shot. They may be caught in the chaos of crossfire and seized. They may be detained, tortured, imprisoned, sold into slavery.

They may be alive, sweltering and tortured in a prison, or an ocean away, unable to escape. Or they may be dead.

If still alive, they live in fear, not only for themselves but with the knowledge that their whereabouts are unknown by their loved ones.

Enforced disappearances may be undertaken by officials or by military/security forces, or by militia or other non-state groups. In all cases, it is a crime under international law.

IWPR works in areas at risk of enforced disappearance. The job of journalism at its most elemental is to serve witness, and to highlight the plight of the individual citizen against powerful forces impacting lives, hope and freedom.

To mark the UN’s International Day of the Victims of Enforced Disappearances on August 30, contributors highlight stories of disappearances in areas including Ukraine and Mexico, Kyrgyzstan, Kenya and the Philippines. It is a global problem, with multiple causes.

More efforts to know their fate is needed. Pressure must be raised on the relevant authorities, or militias. This includes those of the Russian Federation, forcing Ukrainians from dreaded filtration camps into uncertain whereabouts inside Russia.

They all must remembered: behind every name there is a universe. Telling their stories is journalism’s duty. 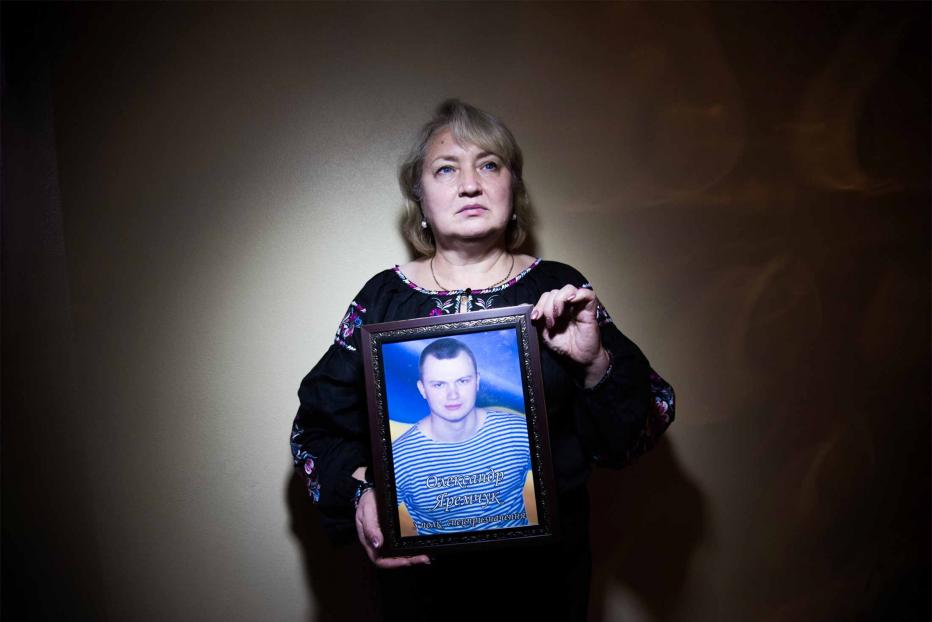 Victoria Yaremchuk, Kropivnitsky (Kirovhrad region of Ukraine) – Her son Oleksandr Yaremchuk went missing on Ukraine’s independence day, on August 24, 2014. The history and law teacher-turned-soldier was evacuating the wounded from Savur-Mohyla, in Donetsk region, close to the Russian border. © Zoya Shu

"The job of journalism at its most elemental is to serve witness, and to highlight the plight of the individual citizen against powerful forces impacting lives, hope and freedom." 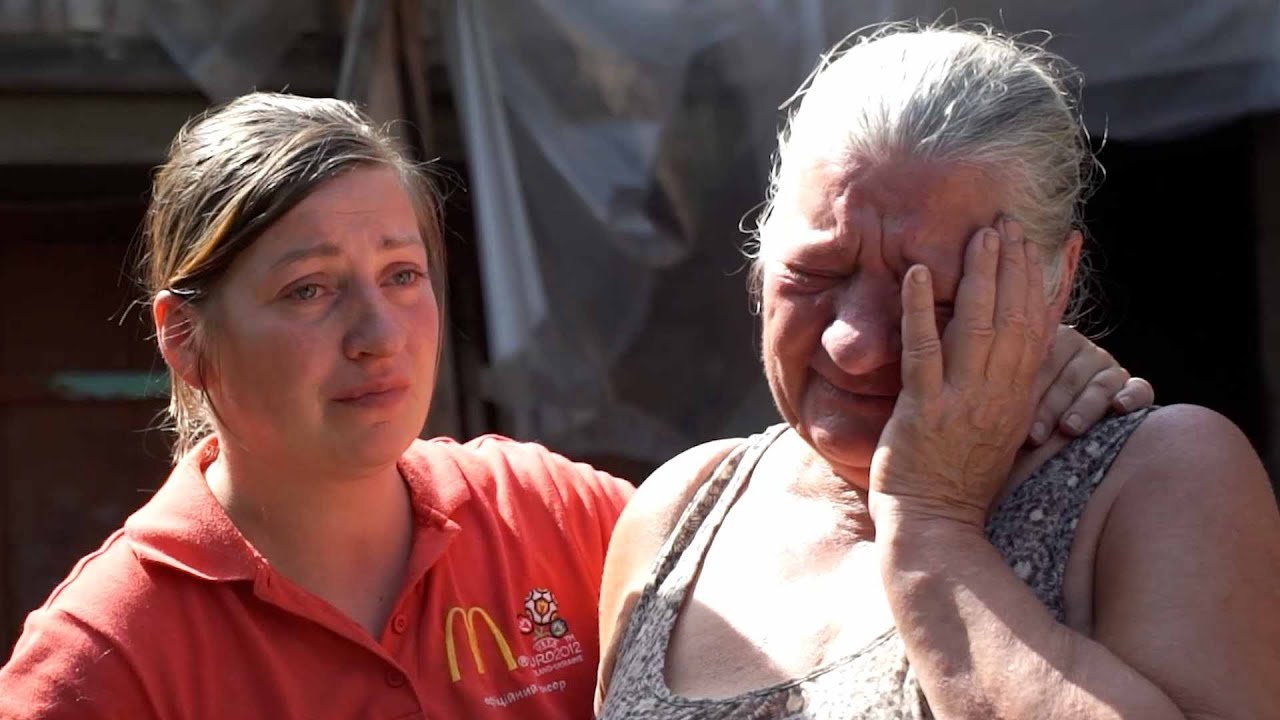 Ukraine: In Search of the Missing

Ukraine's police, judiciary system and the victims’ relatives are all trying to track them down.

Thousands of Ukrainians have gone missing since Russia launched a full-scale invasion of the country on February 24, 2022. The exact number of civilians and soldiers who remain unaccounted for is unknown. 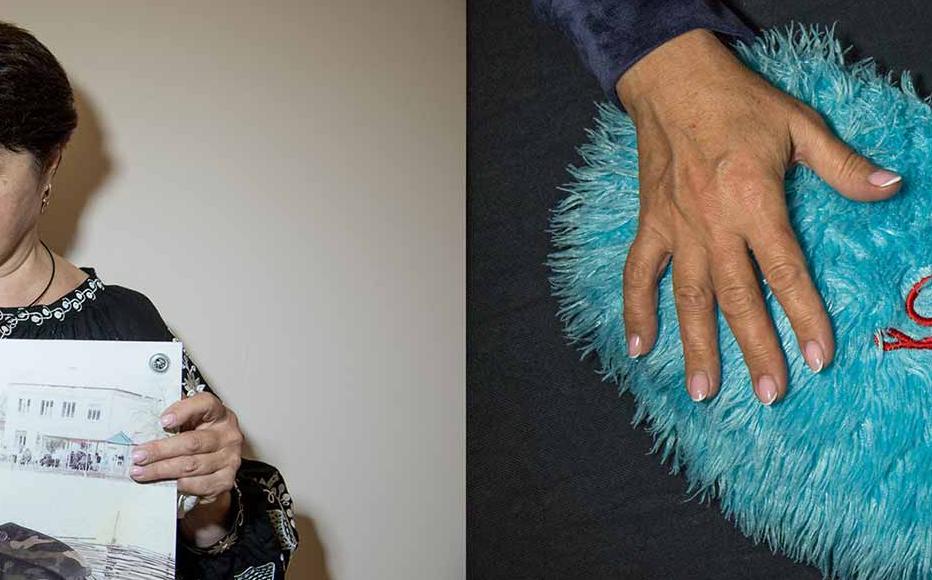 Inna Dumchyk, Lozivatka, (Kriviy Rig region) – Yaroslav Dumchyk went missing near Ilovaisk, in Donetsk region, during the 26 days of fighting between Ukrainian forces and Russian-supported and armed militias. The city fell into the pro-Moscow forces on September 2, 2014. Yaroslav’s mother, Inna, says that he called her in December of the same year. © Zoya Shu 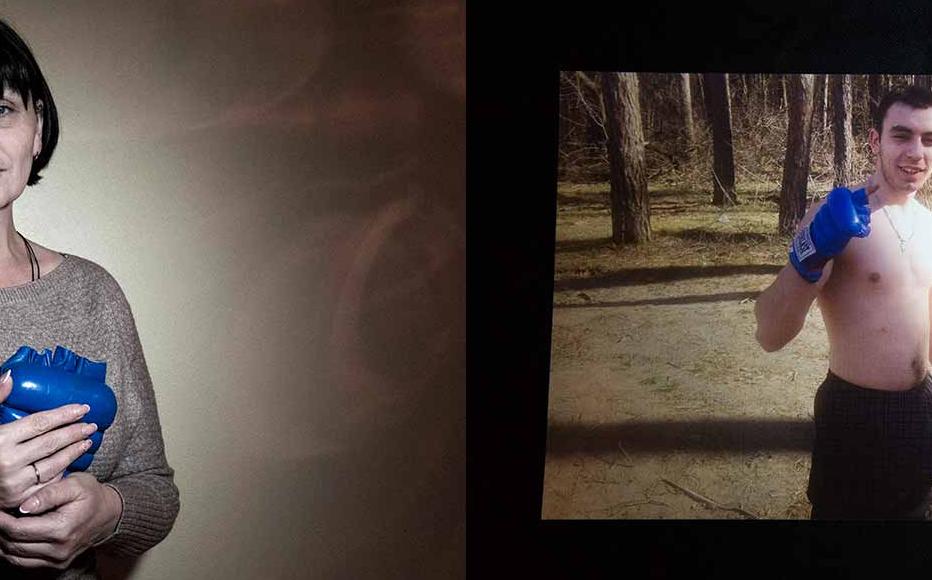 Liliana Kolesova, Pokrovsk (Donetsk region) – Liliana last saw her son as a teenager. Today, Yevhen would be 25. In July 2014, 17-year-old Yevhen got into a car with three acquaintances in his native Pokrovsk, a city of about 60,000 people in Donetsk region. None of the four young men have returned or has been found thus far. © Zoya Shu 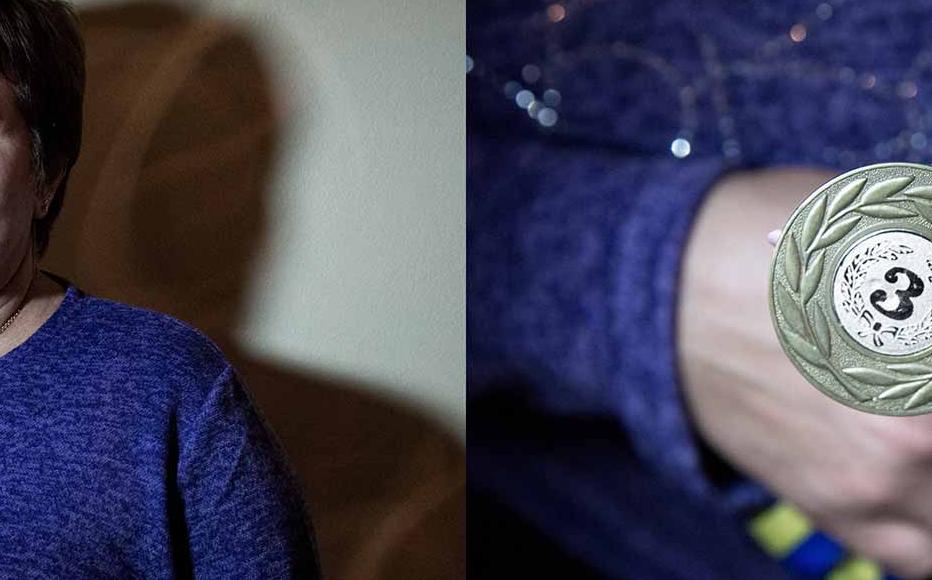 Maryna Tsyba, Pavlograd (Dnipropetrovsk region) – Serhiy Shevchenko’s medals still hang in his room. He was a good volleyball player but admired the army and after graduating from school he signed up and enlisted. © Zoya Shu 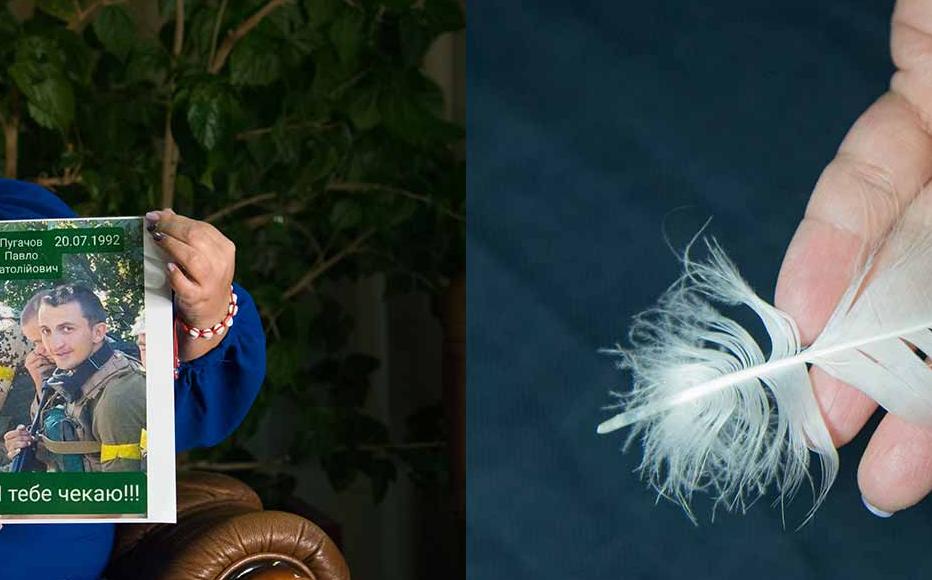 Galina Pugachova, Kharkiv – The first time Pavlo went to the seaside he returned with a gift for his mother Galina: a seagull's feather. He was 11. © Zoya Shu 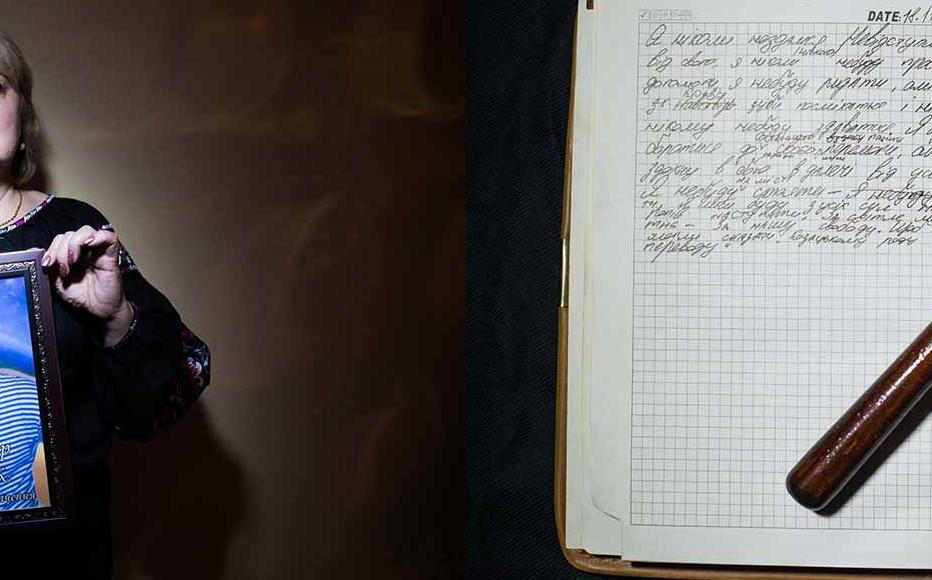 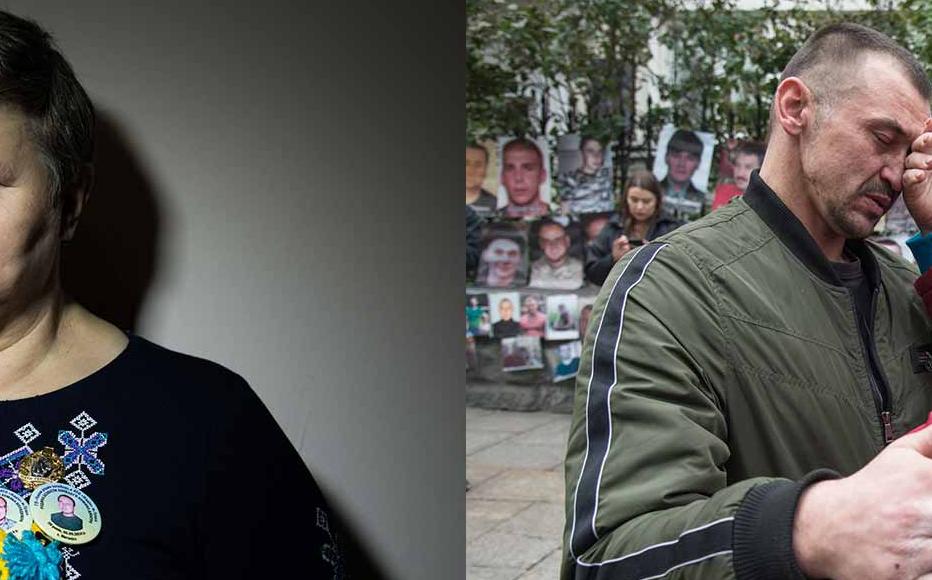 Kateryna Khomyak, Lutsk Kateryna – Khomyak’s two sons, Dmytro and Volodymyr, served in the Aydar Battalion. They went missing after the battalion was ambushed south of Shchastia on September 5, 2014. © Zoya Shu 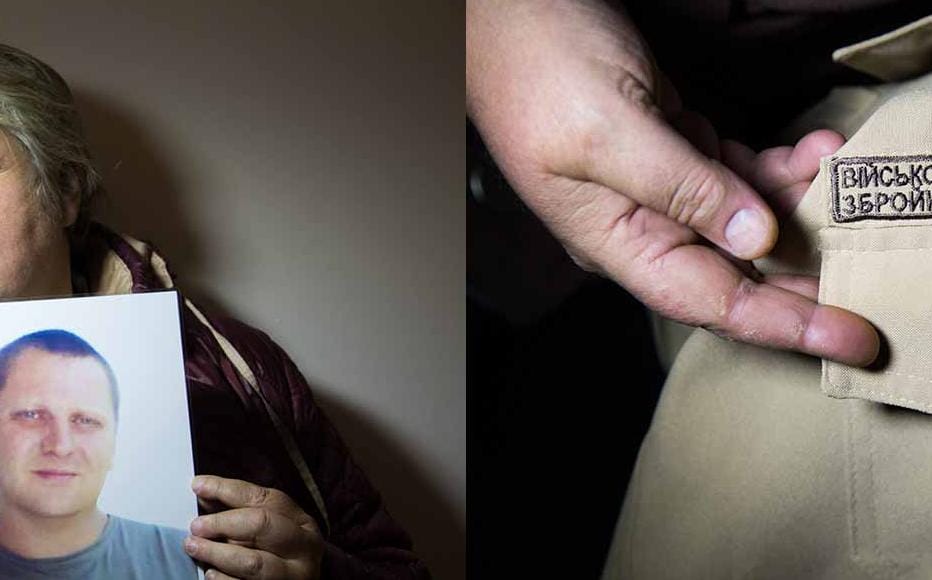 Tetiana Dobrovolska, Kropivnitsky (Kirovhrad region) – "Serhiy is alive somewhere, a witness saw him in 2016 in a basement in the Donetsk region, and then he was seen in a prison in Makiivka,” Tetiana Dobrovolska believes. © Zoya Shu 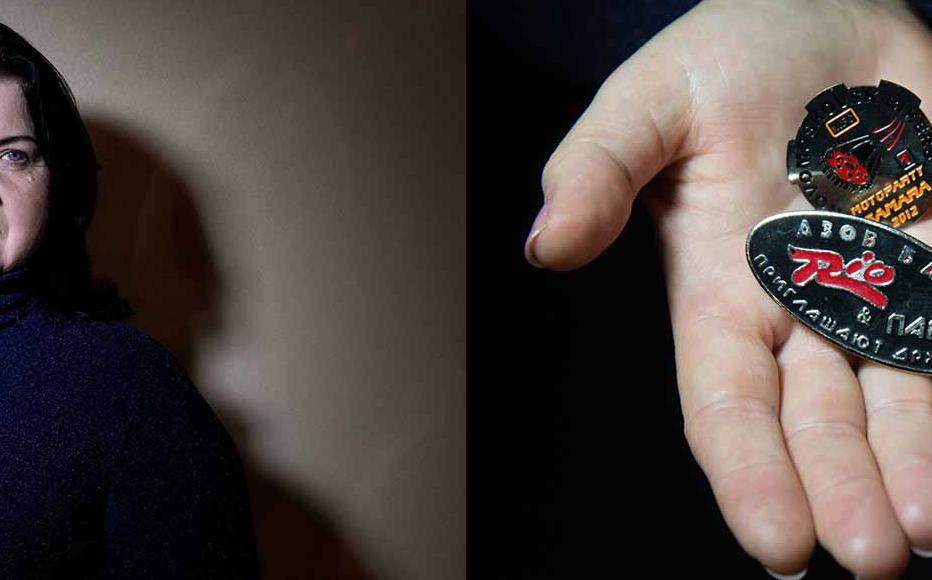 Svitlana Anikina, Pavlograd (Dnipropetrovsk region) – Maksym Anikin was 24 when he vanished in Ilovaisk. He was a crew member of a BMP-2 tank in the 93rd separate mechanized brigade. © Zoya Shu
PHOTO ESSAY

Ukrainian Mothers Cling on to Hope

Krasnopilske is a different cemetery. Its wooden crosses bear no names, no photos, no dates. Families do not come to lay flowers. The inscriptions on the crosses read: “Temporarily unidentified defender of Ukraine.” 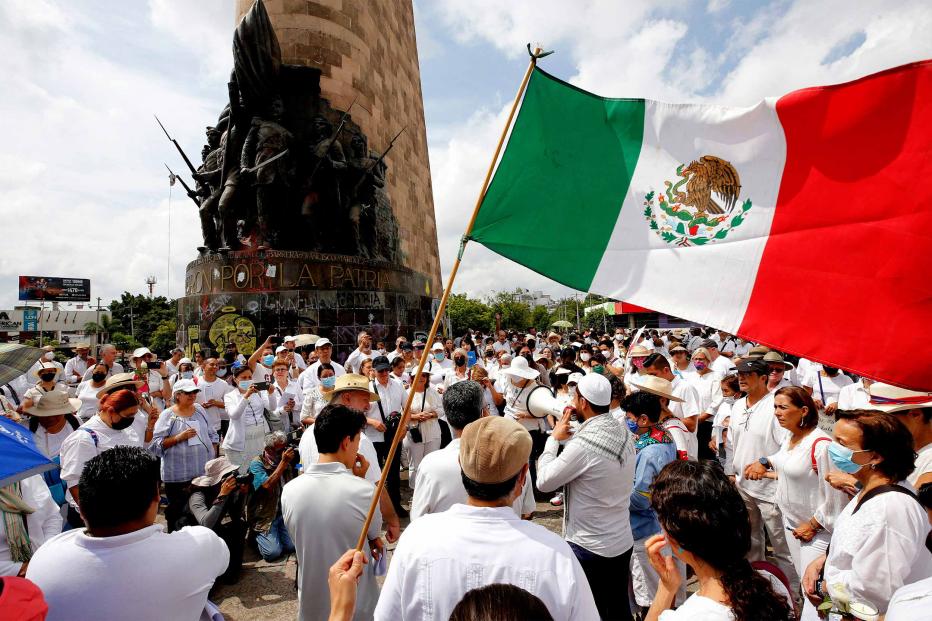 People take part in a 'Walk for Peace' asking for a stop to violence, extortions, executions and disappearances of people in Mexico, in Guadalajara, Jalisco state, Mexico, on July 31, 2022. © Ulises Ruiz/AFP via Getty Images

With little protection, independent media have to constantly balance how to uncover the truth without putting victims, sources and their own lives at risk.

“In every town that we arrived, no matter how small, there were dozens of families who said: ‘My son is also missing, but we don't know what to do, where to report, where to search.’” 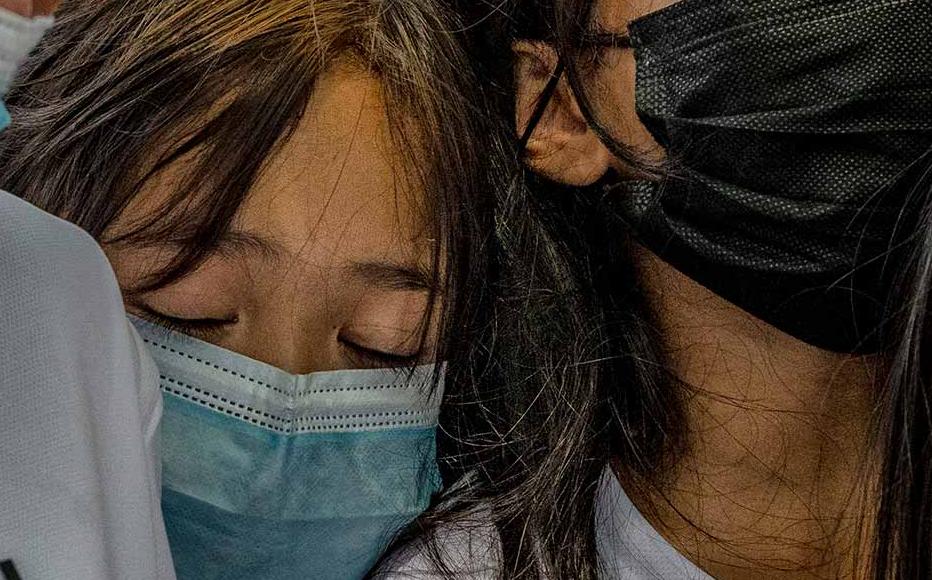 Relatives and friends mourn during the funeral of Lilibeth Valdez on June 4, 2021 in Quezon city, Metro Manila, Philippines. An off-duty police officer was seen pulling the hair of 52-year-old Lilibeth Valdez, shortly before shooting her dead, fuelling a new wave of outrage directed at the government and a police force that many say acts with impunity. The shooting is the latest in a series of killings involving the Philippine National Police, which is currently the focus of an international investigation. © Ezra Acayan/Getty Images

Activists efforts to repair the Marcos’ family’ public image, but warn that interest in boosting the country’s rights record is limited.

Kyrgyz Families Still Search for Those Missing in 2010 Violence

Relatives call for more action to find those who disappeared amid interethnic violence 12 years ago. 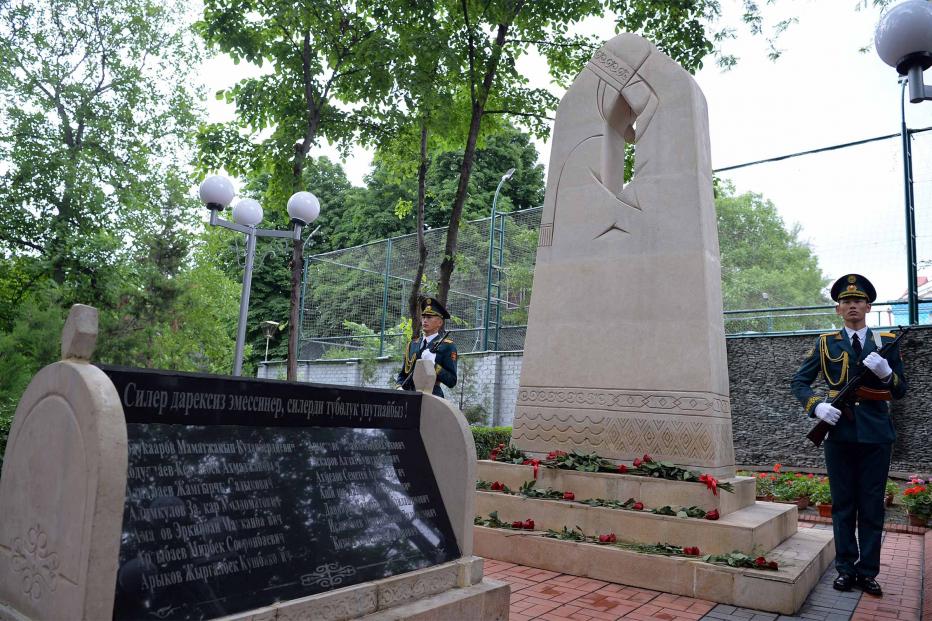 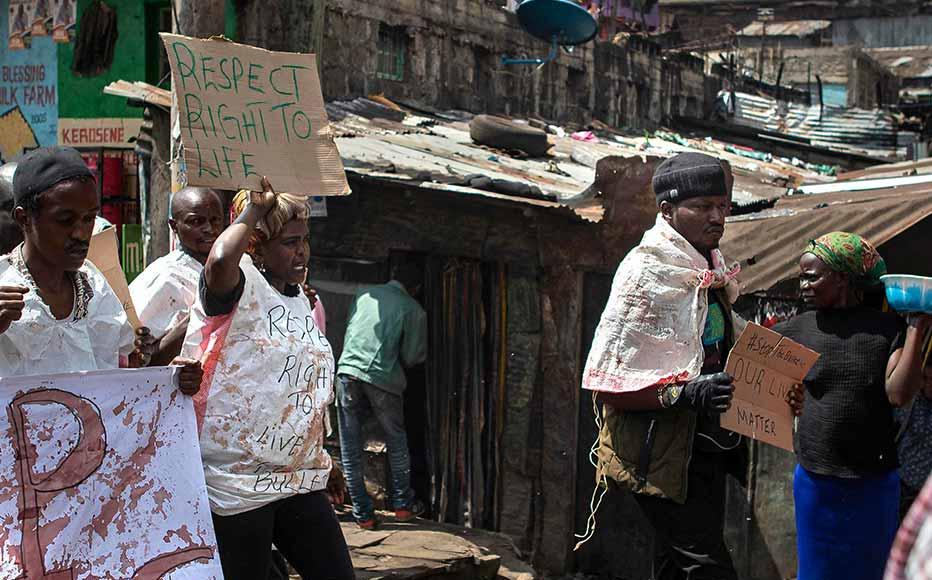 There were more cases of extrajudicial executions and enforced disappearances in Kenya in 2021 than during any other period in history – 43 according to the latest report. © Tony Karumba/AFP via Getty Images

Kenya: The Young Men Who Disappear

Many victims - usually people from the poorest slum areas - are never found. Campaigners say the police are often responsible. 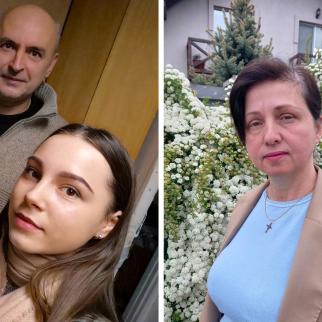 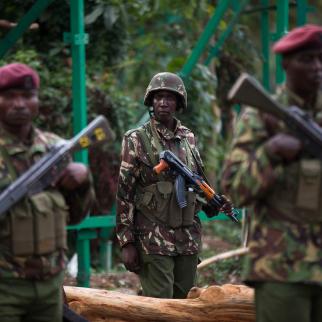 Only around one in three of all those abducted return alive. 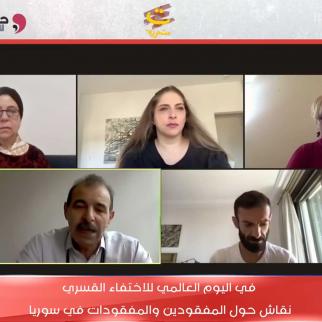 Online discussion held to mark the International Day of the Disappeared on August 30. 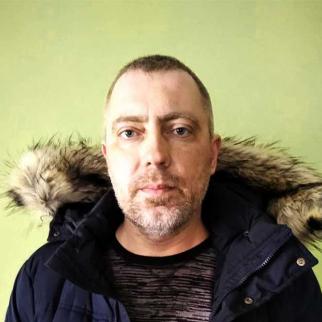 Oleh Baturin was kidnapped on March 12 and subjected to eight days of physical and psychological pressure before being released. © Photo courtesy of O. Baturin

“I heard screams, heard others being interrogated. They were simply tortured.”