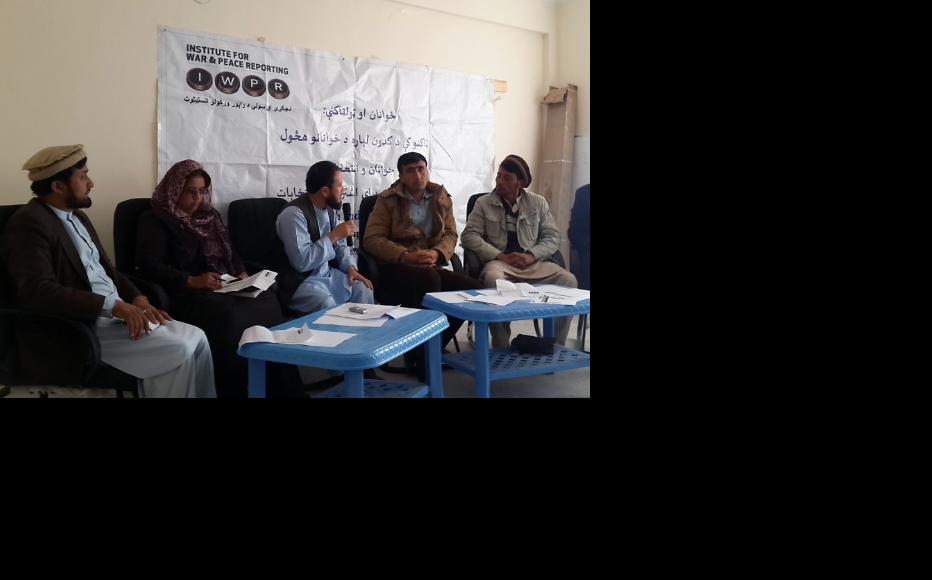 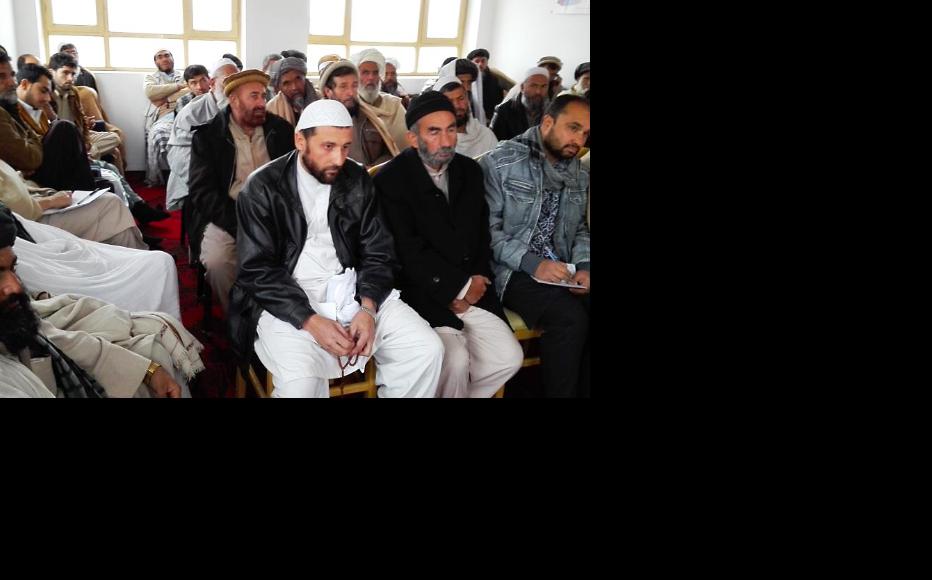 IWPR debate in Kabul province, November 2015. (Photo: IWPR)
The link has been copied

Afghan officials routinely deny information to the media, in direct contravention of national law, according to speakers at IWPR debates this month.

Although a 2014 access to information law promised unprecedented transparency in state institutions, audiences in Ghor, Faryab, Badakhshan and Kabul heard that its provisions had not been implemented.

Nabi Saqi, editor-in-chief of 21 Monthly, a magazine in the west-central province of Ghor, warned the authorities’ refusal to disclose information was a direct threat to democracy.

“First, if journalists don’t have the information, the public remains in the dark,” he said. “Second, the government simply does not have a right to withhold information, and third, creating obstacles for journalists increases the gulf between nation and state.”

Freelance journalist Abdulsatar Sanjar said that the authorities in Ghor consistently refused to cooperate with the media.

“When there’s something that doesn’t reflect well on the state and journalists nonetheless want to report it, the state refuses to provide information, and the reporter also gets treated badly,” he said.

Civil society activist Fazl al-Haq Fayeq said the government did not understand the importance of the free flow of information, even when it came to less positive news such as casualties in war.

“Government officials don’t understand the importance of news and information or how reporting them can actually be to their advantage,” he said. “All the sacrifices made by our security forces and others for the sake of the country must be published as they happen.”

Allegations of deliberate reticence were rejected by the head of the information and culture department in Ghor’s regional government, Fakhruddin Aryapur.

Aryapur described himself as “a source of support for the media”, adding, “I have not received any case, either in writing or orally, in which there has been a complaint of non-cooperation by an official”.

In a debate the northwestern province of Faryab, speakers detailed the problems journalists faced in dealing with both officials and insurgents.

“We receive death threats every time a report critical of the insurgents is published,” he said. “[As for the state], the National Security Council of Afghanistan recently sent a series of letters out to its offices instructing them that no journalist can be present during operations or obtain information from military personal in the front line.

“When we are unable to get information from local officials, we cannot inform the public,” Sardash continued. “The officials are not ready [to cooperate] and so our reports are one-sided. Then the same government officials confront us.”

“People who have been involved in treason, bloodshed, looting and corruption in Faryab have not been exposed and the public still trust those who have actually betrayed the nation,” he said.

Sayed Haifzullah Fitrat, director of the Afghanistan Independent Human Rights Commission (AIHCR) in Faryab, emphasised that access to information was a human right.

“Human beings have the right to speak freely about their thoughts, beliefs and ideas and to defend their human rights,” he said.

In Badakhshan in the northeast of Afghanistan, the AIHRC’s regional head of press Haqdad Sharifi enumerated the many problems facing journalists there.

“Most complaints that are made by journalists indicate that officials – civilian and military, government and non-government – do not respond to questions and act as though they are accountable only to themselves, and not the media,” Sharifi said.

Freelance journalist Sediqi Lalzad said that officials had no understanding of their legal responsibilities.

“Most high- and low-ranking government officials are unaware of the legislation, particularly the access to information law and the media law,” he said, adding that some of them just wanted to deny uncomfortable facts.

These allegations were contested by Abdul Samad Sherzad, representing the provincial department for information and culture in Badakhshan.

“There are no obstacles placed in the way of journalists in this province,” he said. “If a problem arises, we resolve it in cooperation with the council of journalists in Badakhshan and the relevant officials.”

Sahel Paikar, deputy head of the Afghanistan Youth Association, noted that the media also had to take some blame for irresponsible coverage.

“Television channels have tarnished people’s opinion of them with the absurd serials they broadcast. This causes the general public to get the wrong impression about the media, which undermines the position of journalists,” Paikar said.

“Some of the practical problems include [situations] where an incident occurs and police try to block off and secure the area, but reporters try to enter to get a story,” he said. “If the police and the reporters treat each other professionally, we won’t have any problems.”

Afghanistan: Youth and Elections
Afghanistan
Media
Connect with us