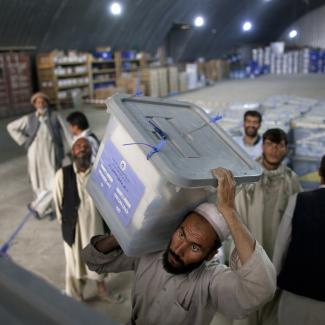 The 2014 presidential election was of critical importance for Afghanistan. President Hamed Karzai stepped down after more than a decade in office, and his successor Mohammad Ashraf Ghani took charge at a time when the NATO-led military contingent was withdrawing from the country.

The last presidential election, held in 2009, was marred by security problems, low turnout, and allegations of manipulation and fraud. Most of these issues recurred during the 2014 ballot, too. Many Afghans, young people in particular, believe the political process is controlled by powerful interests that rule out the possibility of a real expression of popular will. If democracy is to work, new voters need to be sufficiently enthused to take part. They should be in a position to weigh up the choices they are offered and to distinguish fact from propaganda.

To address these issues, IWPR launched the Open Minds: Speaking Up, Reaching Out initiative, designed to encourage Afghans of university age to take part in the presidential vote and the accompanying provincial elections. We are now in the second phase, designed to promote participation of young people – better and less well educated alike – from across Afghanistan in the 2015 parliamentary election.

The key objectives of our work in the second phase are:

Growing public enthusiasm not backed up by funding, especially anywhere outside Kabul.

New Wave of Emigration from Afghanistan

Unemployment and security concerns prompt tens of thousands of young people to leave the country. 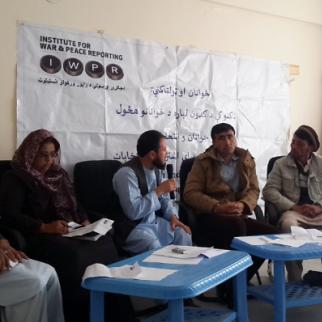 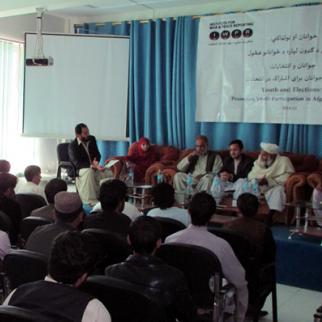 Drivers say officers harass them and extort money, instead of making the roads safer.

Kabul leadership criticised for failing to deliver on election promises.