IWPR project uses open source intelligence and investigative techniques to probe some of the most prevalent fake news stories.

IWPR project uses open source intelligence and investigative techniques to probe some of the most prevalent fake news stories. 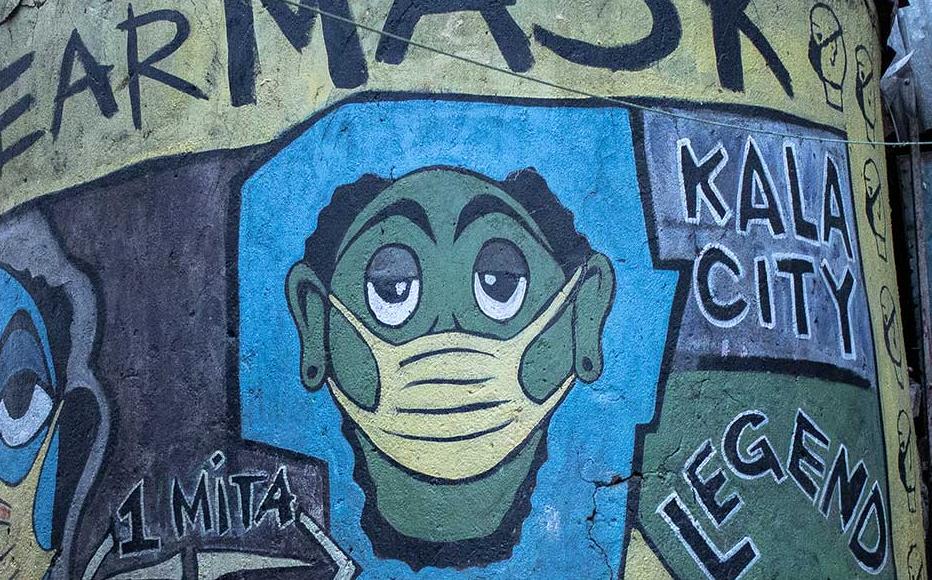 A mural depicting coronavirus on the streets in Kibera slums on March 29, 2021 in Nairobi Kenya. © Donwilson Odhiambo/Getty Images
The link has been copied

Can the Covid-19 vaccination turn people into vampires? According to Lagos megachurch pastor Chris Okotie, this is a definite danger. In a popular video interview posted last July, he told his many followers that the vaccination programme was a plot involving Microsoft founder Bill Gates, the UN and Satan that would end with the recipient “drinking blood consistently so that you are a vampire for your sustenance”.

The story, debunked by Bukola Ayeni, is one of many items of fake news covered by IWPR’s Africa Resilience Network (ARN), which has brought together Kenyan and Nigerian journalists with African and international media trainers to combat Covid-19 misinformation and disinformation. Launched in February 2021, the project focuses on open source intelligence and investigative journalism techniques to probe the sources of some of the most prevalent fake news stories.

Many religious leaders, like Okotie, have played a prominent role in spreading fear and scepticism about Covid-19.

Whether mainstream Muslim, Christian, or more obscure sects like Legio Maria, as reported by Josiah Odanga, provably false statements about the pandemic and vaccines have been made by a range of faith leaders.

For university professor Samuel Ushie, interviewed by Inyali Peter, the very existence of the virus is an article of faith in itself.

Whilst many of these conspiracy theories appeal to African identity, it’s interesting to note that others originated with a core group of US influencers.

For example, in March 2021, Stephen Karanja, in his capacity as the head of the Kenya Catholic Doctors Association, wrote a long advisory against the use of vaccines in Kenya. It mentioned Gates and alluded to various Internet conspiracy theories, and went against the Vatican’s advice. Two months later, he became one of many prominent anti-vaccination campaigners around the world who succumbed to the disease, as Jacqueline Wahome reported.

Possibly the biggest and most worrying myth is that vaccines are being used to exterminate Africans. As Samuel Abuya reports, this idea has particularly taken hold amongst the urban poor in Nairobi.

Others believe that the virus exists, but can’t affect Africa: the idea that the virus could not survive the African heat was a valid hypothesis in the early days of the pandemic, when it was winter in Europe. But with millions dead in hot countries like Brazil and India, it is clear that this myth has not been killed off yet, as this piece by Ishaya Ibrahim shows.

Politicians too have denied the existence of Covid-19, and Bernadine Mutanu writes how many Covid-deniers have succumbed to the disease, some apparently due to infection at the funerals of other high profile Covid-deniers.

Kemi Busari points out that even the most committed and public of Nigerian antivaxxers find that the jab is safe enough after all, if it means they get the chance to travel abroad.

For those unable or unwilling to access a vaccine, homespun ‘cures’ involving garlic, hot drinks, chilli, gargling with salt water - or leaving chopped-up onions around the house,  as Olugbenga Adanikin reports - have been doing the rounds since the early days of the pandemic. Whilst thoroughly debunked, they pop up in WhatsApp chats and on social media.

To see an edited version of these pieces in one place, please visit the ARN website at africaresiliencenetwork.com.

This publication was produced as part of IWPR’s Africa Resilience Network (ARN) programme, administered in partnership with the Centre for Information Resilience (CIR), the International Centre for Investigative Reporting (ICIR), and Africa Uncensored.