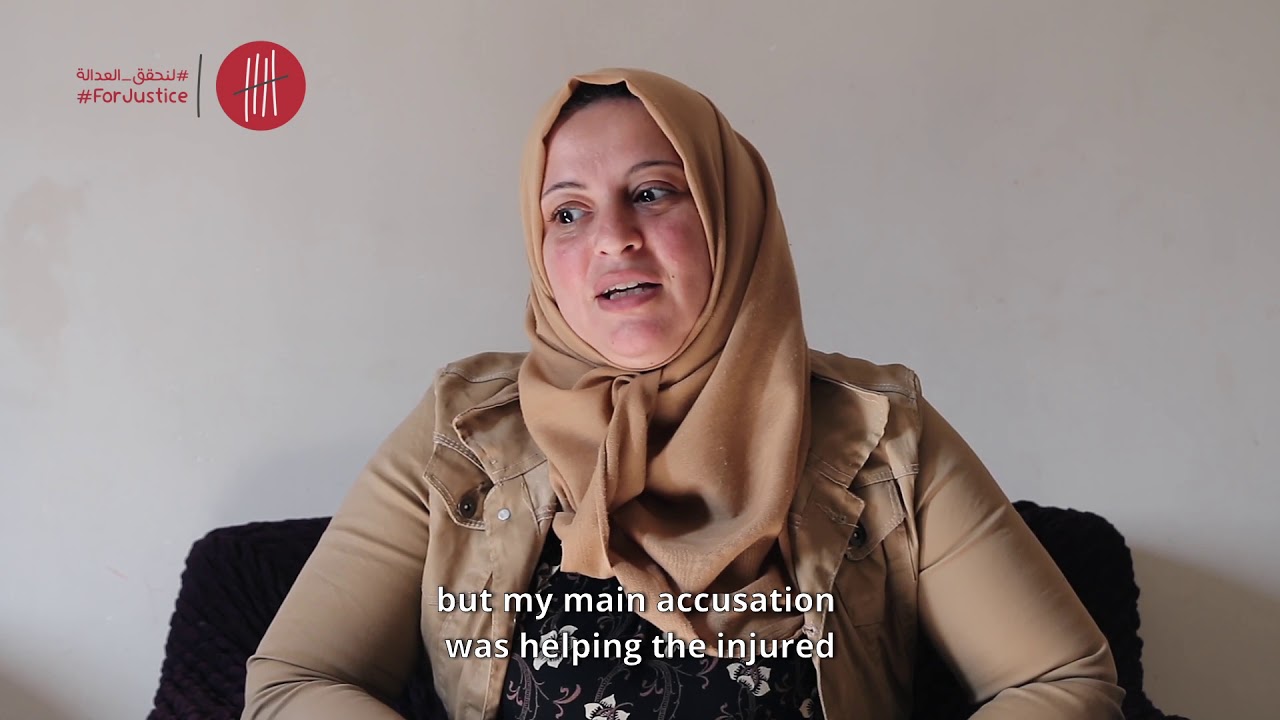 IWPR’s work with female former detainees from Syrian prisons is addressing the stigma felt by many survivors of torture and helping combat the prejudice they often encounter in their communities.

Using social media as a tool, survivors are being encouraged to talk about their experiences as well as document abuses in anticipation of future justice processes, as part of IWPR's work with its Syrian partner The Day After.

Former detainee Rana al-Agha described how she had been arrested in an ambush arranged by a state security agent before being imprisoned.

“What we suffered first was the psychological pressure put on us. They were hitting us, bringing people and torturing them before us,” said the mother-of-two, originally from Damascus.

“For me, the positive thing was that my husband stood by my side, supported me, and accepted me, no matter the situation was. You know, the prevailing view is that if anyone is arrested by the regime, people will ask: Did the regime rape you? Usually, people’s reaction is to make me feel that I have something wrong or something abnormal.”

Unlike many women in her situation, al-Agha had the full support of her husband, although his family was more hostile.

“I told my husband everything that happened to me, from first to last. I told him if the regime had raped me, I would say, and I swore that didn’t happen at all. My husband's reaction was that he would accept anything that might happen. He said his view would not be changed no matter what had happened to me.”

Ibrahim Alhasan, campaign coordinator at the Midad humanitarian foundation, said that those who had been in detention had faced appalling conditions.

“Rana showed confidence because of our support and told us her story through a video that was posted on social media,” Alhasan continued, adding that the film had helped changed how the wider community treated her.

“She was met with great sympathy in the Syrian community, and received positive comments that showed respect and courage from her husband’s relatives, who mistreated her for so long and considered her a stigma.”

IWPR’s Women’s Empowerment for Peacebuilding in Syria (WEPS), which aims to increase the participation of marginalised groups in public and political life, with the goal of promoting respect for the rights of all people in order to build a sustainable foundation for post-conflict coexistence and democratic governance.

A complementary campaign by IWPR’s Liberated T platform also featured a series of videos from survivors highlighting the prejudices former detainees were often subject to.

“My husband divorced me after my release and all my family abandoned me,” said Mariam, who was arrested in Hama in September 2012 and held for nearly a month accused of helping injured civilians.

“Had there been any justice, we would have been in a very different condition…[not] isolated from society and rejected by those closest to them.”

“As female prisoners, we suffered a lot in prison,” added Muna, a former relief worker who was arrested in Aleppo in 2012 before being imprisoned in Damascus. She was released in a prisoner exchange the following year.

“We were beaten, humiliated, and degraded. It is not fair for us to face injustice both inside and outside prison.”

“It was a very hard and difficult experience,” she said. “We want those who were responsible for our arrest or responsible for the martyrdom of any man or woman, the torture and displacement of women and their separation from their children to be held accountable, whether they belonged to the Assad regime or the people in the community who reject us because we are former detainees.

“On the contrary, this should bring us honour, we shouldn’t be shamed for being former detainees.”

Lula, from Aleppo, spent three years in detention for participating in a protest.

“For me, justice means everyone gets what they deserve,” she said. “Those responsible for the beating and torture of detainees in prison should be held accountable and punished for their crimes against the detainees.

The projects are also part of IWPR’s Advancing Justice and Accountability for Detainees and the Disappeared initiative.

Hopes for a future justice process have been boosted by the start of a landmark trial in Germany last month of two alleged former senior Syrian intelligence officials on crimes against humanity charges.

This marks the first time Syrian state agents have been prosecuted for torture and has been made possible because German law recognizes universal jurisdiction, allowing crimes to be prosecuted regardless of where they were committed or the nationality of the suspects or victims.