Team of monitors will identify anti-minority rhetoric and engage with those who spread it as well as audiences likely to be swayed by it.

Team of monitors will identify anti-minority rhetoric and engage with those who spread it as well as audiences likely to be swayed by it. 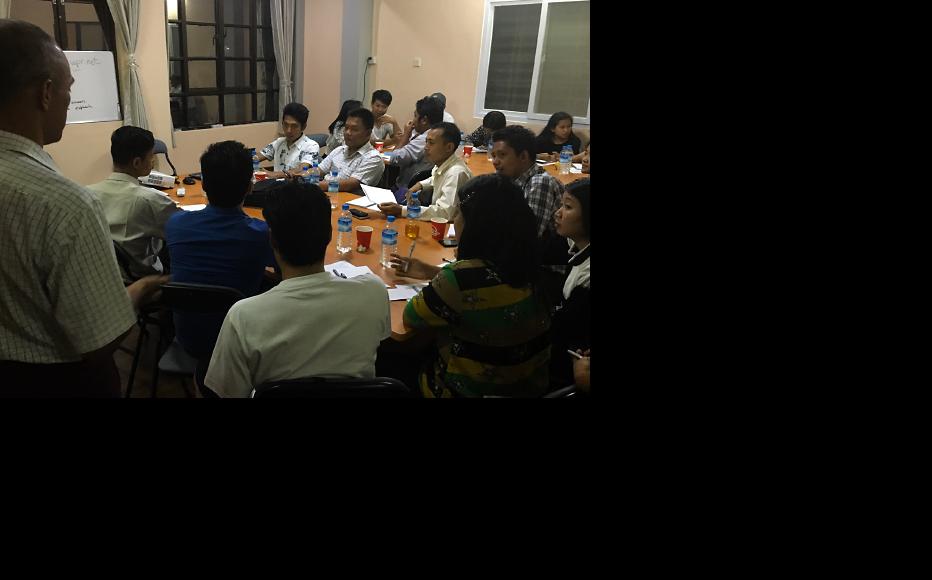 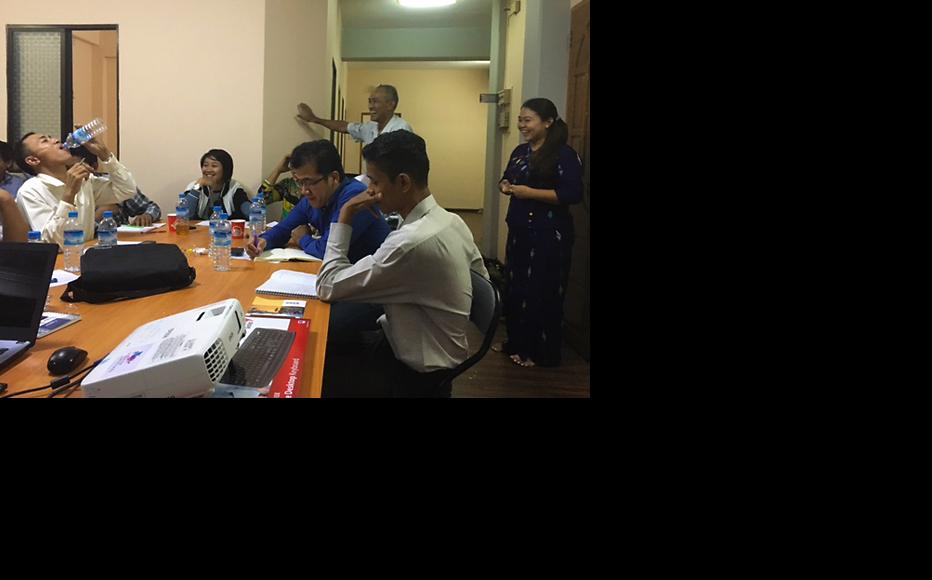 Training session for media monitors in Yangon. (Photo: Alan Davis)
The link has been copied

IWPR has begun training monitors in Burma (Myanmar) in readiness for the launch of a 12-month anti-hate speech project to promote greater tolerance of ethnic, religious and marginalised groups through information, education and public debate.

The first short training course in the former capital Yangon was attended by 19 journalists from that city and from Mandalay. It was led by IWPR’s Asia Director Alan Davis and by our new programme manager and editor, both of them former journalists with leading Burmese dailies.

Burma’s political transition in recent years has been accompanied by a rise in exclusive nationalism. Leading Buddhist monks from the Ma Ba Tha movement claim to speak for the Bamar majority and engage in anti-Muslim narratives targeting the Rohingya minority. To counter this, IWPR’s programming will encourage peaceful public engagement and seek to build a consensus that hate speech, left unchecked, is bad for the country’s future.

“The essential challenge facing Burma is how to protect and defend things without going on the offensive and attacking and inciting violence against others,” Davis said. “Consequently, our project is all about our belief that the more information and education and debate is encouraged and shared respectfully, the more we can all reduce the influence and impact of hate speech.

“It is also important to show that continuing international investment in Myanmar will probably be in part influenced by how inclusive the country is prepared to be. So there is real self- interest involved, too.”

As part of IWPR’s programme, the 19 journalists selected will monitor media outlets and engage with those who – whether accidentally or deliberately – promote misinformation and incite fear or hatred of particular groups in Burma. They will produce a bulletin of their findings every two weeks, and they hope to inspire a growing band of volunteers to spend an hour online speaking up in defence of free expression and debate.

That also includes engaging with those most directly involved in hate speech, and challenging their perceptions.

“The training emphasised that we stand against any forms of censorship and that the views of nationalist Buddhist groups like Ma Ba Tha and the activist monk Wirathu have a full right to be heard – and we will even seek to try and engage with them as part of this project,” Davis said. “If the anti-Muslim hate speech of Ma Ba Tha comes from a fear of the future and a belief in the need to protect Buddhist Bamar culture, identity and traditions, let us get it all out in the open to discuss it fairly and respectfully.

The course began with a heated discussion on the difference between personal attacks on opposition head Aung San Suu Kyi and more general denigration of women as potential leaders. The conclusion was that the latter, but not the former, might constitute hate speech. On the second day, the trainees looked at Buddhist monk Wirathu’s comment that the Bamar majority could not live with “wild elephants trampling all over them” – an unspoken reference to Muslims.

“Ultimately the lesson and challenge for Burma is how to secure democracy and rights for all, and not simply for the majority Bamars,” Davis said.

The rise in religious and ethnic exclusivism, a consequence of greater media freedom, was accelerated by campaigning for the November 8 parliamentary election in which the National League for Democracy (NLD) secured a landslide victory.

The vote delivered an overwhelming mandate for change to Aung San Suu Kyi’s NLD, although several key ministries remain under the control of the military.

It remains to be seen how different things will be when the new government takes charge in spring 2016. No one is hoping for real change more than members of ethnic and religious groups who were sidelined and often demonised during the election campaign. The NLD decided against putting up any Muslims as candidates.

With the pressure to win votes over, observers are waiting to see what Suu Kyi’s policies will be on minorities, and the Rohingya in particular.

The Rohingya are not recognised as one of Myanmar’s 135 ethnic minorities. Human rights activists who printed leaflets describing the Rohingya as a minority have just been arrested and charged under national security laws. Many of the Rohingya who were not driven out of Rakhine state by inter-communal violence in 2012 continue to live hand to mouth, stuck behind barbed wire in virtual ghettos.

IWPR launched its work by commissioning a baseline assessment in late September, designed to test assumptions and determine trends. This assessment suggests that hate speech is now much prevalent in social media and in the religious leaflets and DVDs distributed by some Buddhist monk groups than it is in mainstream media.

On the one hand, this indicates that reporting of religious and ethnic issues in the traditional media has improved markedly over the past few years. On the other, it points to the increasing significance of social media following dramatic improvements in telecommunications and affordable smartphones. This is already shaping our approach.

IWPR is proceeding with caution as the post-election environment remains fluid and uncertain.

“The fact that personal safety and security formed a key part of the training, and that our colleagues will have to adopt pen-names when they go online as part of this project, is a very sad indication of how things presently stand,” said Davis.

The media monitor bulletin will be published in both Burmese and English every two weeks and will include a series of short opinion and commentary pieces commissioned from a variety of sources across the political, ethnic and religious spectrum.

For more information on the project or to receive a free copy of the bulletin, contact IWPR Asia Director Alan Davis at alan@iwpr.net.

The project is being supported by the Peace Support Fund.

Asia, Myanmar
Reconciliation
Connect with us