Cross-border railway could tie region into trade with Europe, but there's been little discussion of it locally.

Cross-border railway could tie region into trade with Europe, but there's been little discussion of it locally. 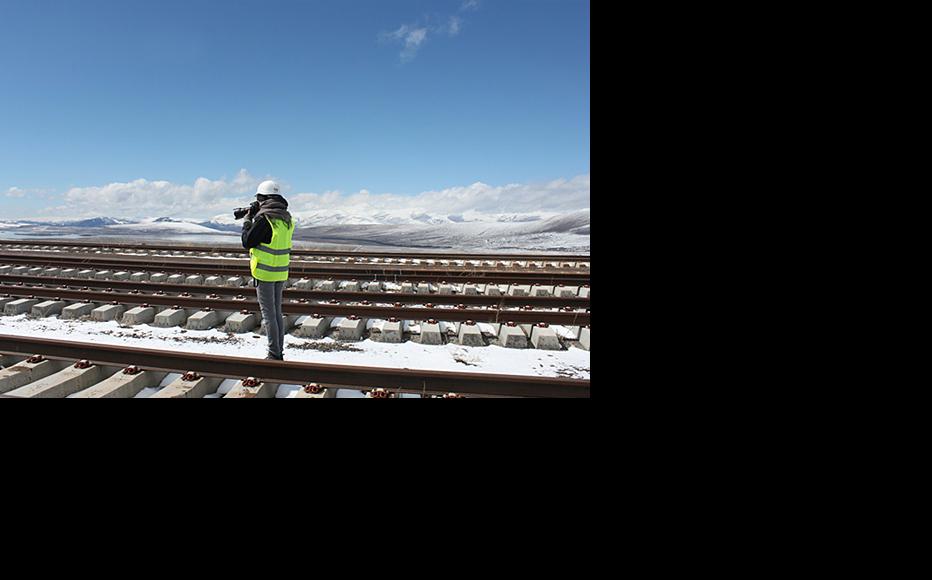 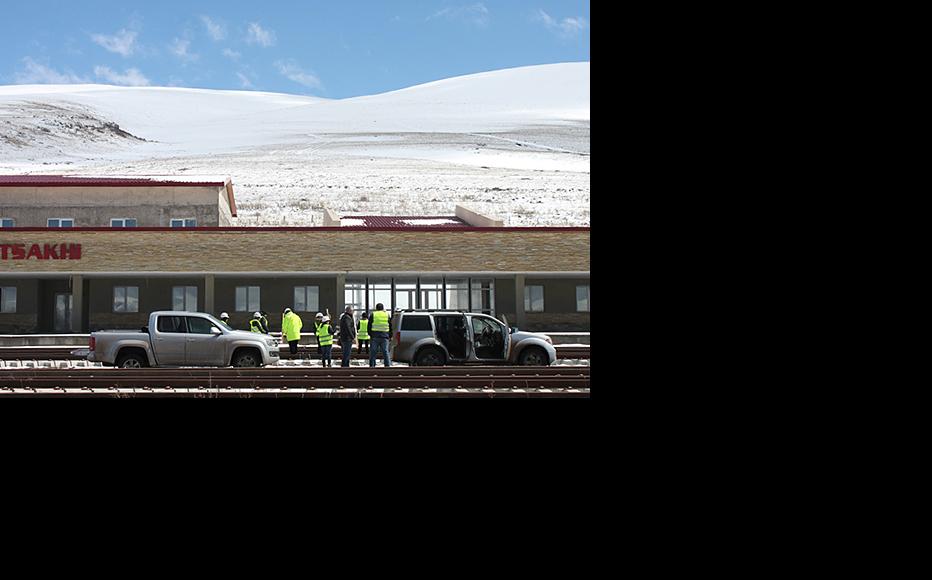 Journalists at Kartsakhi railway station near the border with Turkey. (Photo: IWPR Georgia) A train used to test the track at Akhalkalaki station. (Photo: IWPR Georgia) 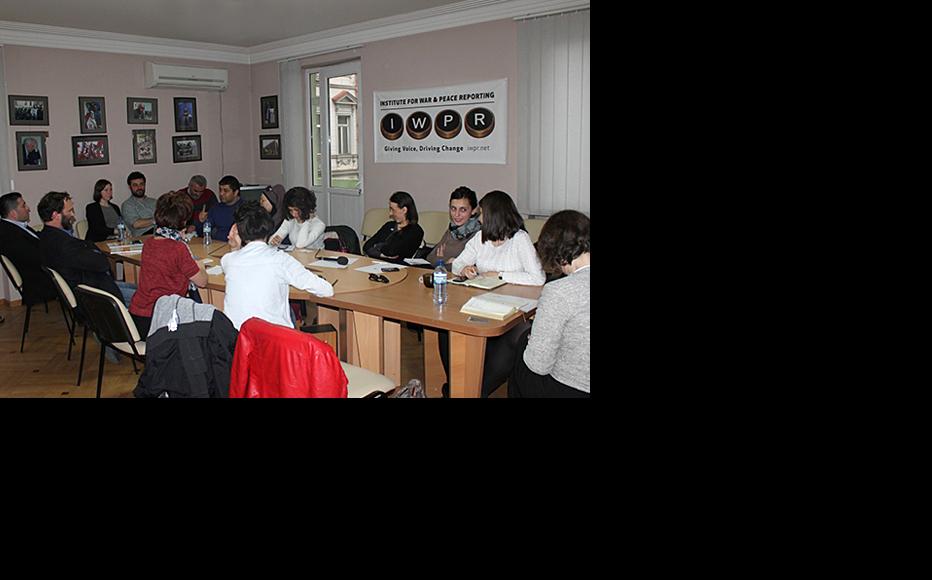 The team of journalists gets a briefing from Georgian officials, the rail construction firm, and experts. (Photo: IWPR Georgia)
The link has been copied

Journalists can find it hard to get to grips with the technicalities of a big infrastructure project, especially one that cuts across borders in a region as fractured as the south Caucasus.

A regional railway project connecting the Azerbaijani capital Baku with Tbilisi in Georgia and on to Kars in eastern Turkey should be operational by the end of this year. It will provide a transport corridor from the region to Europe, bypassing Russia. It thus has major political as well as economic implications for the whole region.

Last month, IWPR took a group of nine journalists from Georgia, Azerbaijan and Armenia to inspect progress on the railway. The aim was to encourage them to think about the impact it will have on their respective countries, and to put them in a position where they can explain the effects it will have on employment, the environment, trade, and regional integration, and whether it is commercially viable.

“When you look at the map of Georgia, you will see its transportation potential. It joins not only east and west, but also north and south,” Eric Livny, director of the International School of Economics at Tbilisi State University, told the reporters. “During Soviet times, the turnover of goods through Georgia was 50 million tons a year — and that was during the time when the border with Turkey was closed.”

Although the line will soon be operational, there is still little public awareness of it in these countries. Their governments have failed to explain it to their respective populations. Even people whom IWPR interviewed in Akhalkalaki in southwest Georgia, where an important railhead is located, seemed largely unaware of the railway and the jobs it would create.

The media have provided little coverage of what to them must seem a somewhat abstract issue, and one reason for taking journalists on this trip was that their cash-strapped employers would not see this as a priority.

Work started in 2007, and Marabda-Kartsakhi Railway, the company that took over work on the Georgian section in 2013, estimates that the route could eventually carry up to 15 million tons of freight and one million passengers per year.

The project involves refurbishing 153 kilometres of existing track from Baku to Akhalkalaki. The 26 kilometres of track from Akhalkalaki to Kartsakhi on the border with Turkey is now ready – a train was run along it as a trial in January. This section is particularly significant because it uses the 1.4 metre gauge standard in Turkey, rather than the 1.5 metres used across the former Soviet Union. At Akhalkalaki, containers can be moved from one train to another, and freight wagons can also be lifted off their running gear and placed on narrower-gauge bogeys. The passenger carriages now being built will have adjustable running-gear.

When IWPR’s group visited, the new station in Akhalkalaki appeared to be far from complete. Only about a dozen workers were on site as snow was preventing work, even though it was April.

Levan Kankava, deputy director of Marabda-Kartsakhi Railway, told the reporters that the harsh local climate was to blame for delays to the work.

“The date for finishing the work has constantly been postponed. Now the weather is more or less good, but it’s generally very cold. The climatic conditions are very severe,” he said. “Our main objective right now is to finish the essential major works by the end of this year.”

As well as viewing railway stations, the team of journalists interviewed residents of Akhalkalaki and were briefed by officials and by independent expert Eric Livny.

“The journalists asked lots of great questions,” Heather Yundt, the IWPR coordinator who led the mission, said. “I hope the event will encourage journalists to look deeper into this significant regional project and continue to ask important questions about the railway project’s impact.”

The nine reporters are using the material they gathered from the visit to generate radio reports and investigative articles.

“This will create further opportunities for greater integration of the citizens of these countries... and provide economic stability and integration for the whole region,” she said.

But while Azerbaijan, Turkey and Georgia stand to gain, Armenia is not part of the route. The hostile relationship between Armenia and Azerbaijan because of the unresolved Nagorny Karabakh conflict of the early 1990s makes bilateral cooperation on infrastructure projects impossible. The United States prohibits providing assistance to railway projects that link Azerbaijan, Georgia and Turkey and not Armenia. Georgia has reportedly borrowed 775 million US dollars from Azerbaijan to cover its share of the costs.

Armenia has rail connections north into Georgia, and is also planning a 160-kilometre line into Iran to the south.