This key sector can play an important role in supporting rule of law and combating radicalisation.

This key sector can play an important role in supporting rule of law and combating radicalisation. 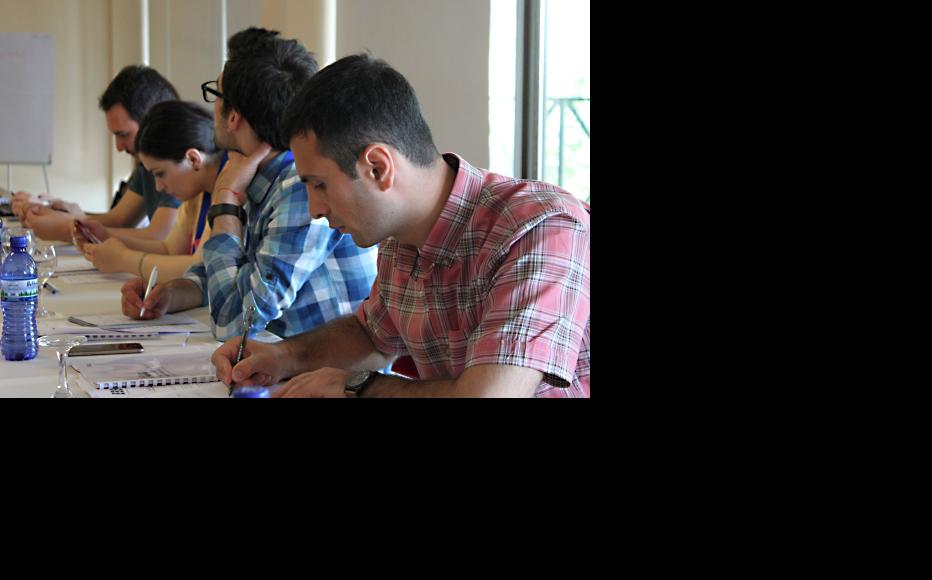 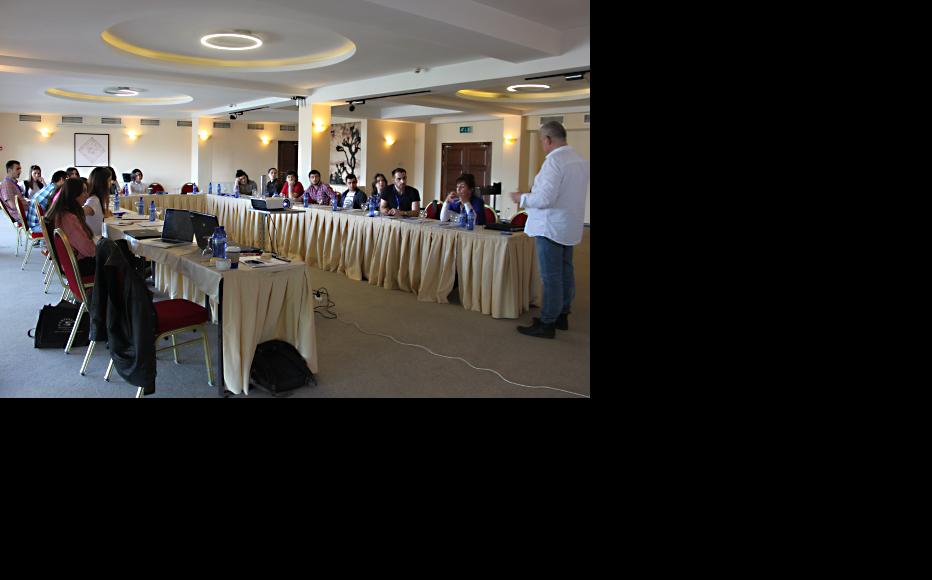 Journalists from Georgia are involved in a project of IWPR Georgia and Lithuanian School of Responsible Journalism. (Photo: IWPR) 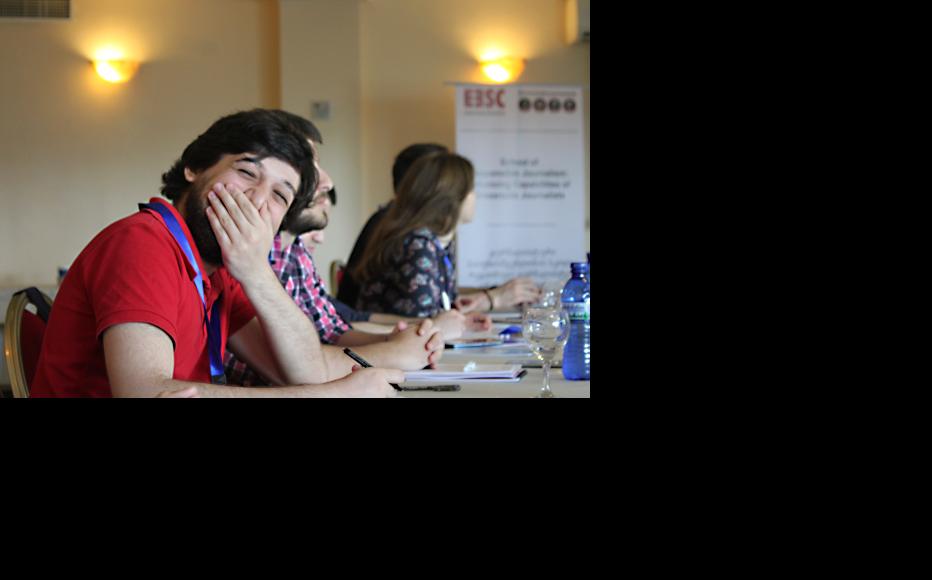 Luka Pertaia from Samegrelo region of Georgia. (Photo: IWPR)
The link has been copied

A group of young journalists from the regions of Georgia have received vital training in responsible reporting and countering violent extremism (CVE) as part of a joint IWPR initiative with a Lithuanian NGO.

Georgia´s regional media struggles financially, which means that editors often try to save money by employing young journalists who then have to work at great speed in understaffed offices.

With little formal training, they gain all their experience on the job and basic journalism standards are often sacrificed. There are few opportunities for professional growth or to master modern media technologies.

“When everything is tied to information and technology… you have to be a professional in your field and understand well what is happening around you and why,” said 24-year-old Irakli Vachiberadze, a journalist from the city of Kutaisi in the Imereti region who works for the TV station Maestro.  “But there isn’t enough time for that because the editors demand a lot of news from us, produced fast.”

Vachiberadze was one of the 16 young Georgian journalists who participated in a two-day Tbilisi training seminar on June 2 and 3 organised by IWPR in partnership with colleagues from the Lithuanian Eastern Europe Studies Centre (EESC), as part of the School of Responsible Journalism: Enhancing Capabilities of Grassroots Journalists project.

Experienced journalists from Lithuania, the UK and Georgia covered the principles of professional journalism and international standards as well as the media’s role in CVE.

"The radicalisation of at-risk individuals is a global concern and Georgia is no an exception,” said Onnik James Krikorian, a British journalist and media consultant. “With as many as 100-200 [Georgian] citizens believed to be fighting with various extremist groups in Iraq and Syria already, the number of those taken in by propaganda from groups such as ISIS can quite easily increase.”

“Given that governments are not considered credible messengers, the need for alternative and counter-narratives to extremist propaganda to be disseminated by civil society and the media is vital, as is responsible reporting on the phenomena of terrorism and terrorist fighters,” Krikorian continued. “And because most of those susceptible to extremist propaganda are members of minority communities outside of the capital, the role and importance of regional journalists with this in mind cannot be understated."

“It has turned out that I face the challenge of religious radicalisation every day, but I know nothing about it,” said Ia Prangishvili, 28, a journalist with the Batumelebi newspaper in the city of Batumi in the Adjara region. “I heard the term CVE … for the first time.  But I live and work in a region populated by religious and ethnic minorities, and I often have to write about conflicts that arise because of it.”

Other topics included business journalism and investigative techniques, areas in which most of the trainees said that they had no prior knowledge.

“Understanding what is happening in your region, who owns a business and how individual businessmen or politicians influence specific decisions at the level of the regional authorities and the region is very necessary both for the journalists and their audience,” said Regina Jegorova-Askerova, IWPR Georgia’s web editor and coordinator of the journalism school project. “It is also important to understand and be interested in figures and statistics of the country and the entire region. But young journalists in Georgia, who have recently graduated from journalism school, have a poor understanding of this.”

The trainers also emphasised the importance of building links with civil society. Participants said that they had never previously considered the Georgian media’s huge communication gap with civil society. Public organisations lack the ability to tell their stories effectively to media outlets, and identifying government propaganda also remains an issue.

“We discussed propaganda, as it is a problem both in Lithuania and in Georgia, and we discovered many similarities in our countries,” said Vytautas Keršanskas, an EESC policy analyst. “Participants in the training were able to identify examples and basic techniques of propaganda, so after the training they will have a theoretical framework for a better understanding of this problem.

“In Lithuania, there is also the experience of post-Soviet transformation, which we shared with the Georgian colleagues as it can help to clearly explain European values.”

Following the Tbilisi training, participants will prepare and publish stories based on what they learned in the workshop.

The authors of the three best pieces will travel to Lithuania for a study trip this autumn during which they will receive on-site training at leading local media houses.

Georgia
Journalism, Training
Connect with us