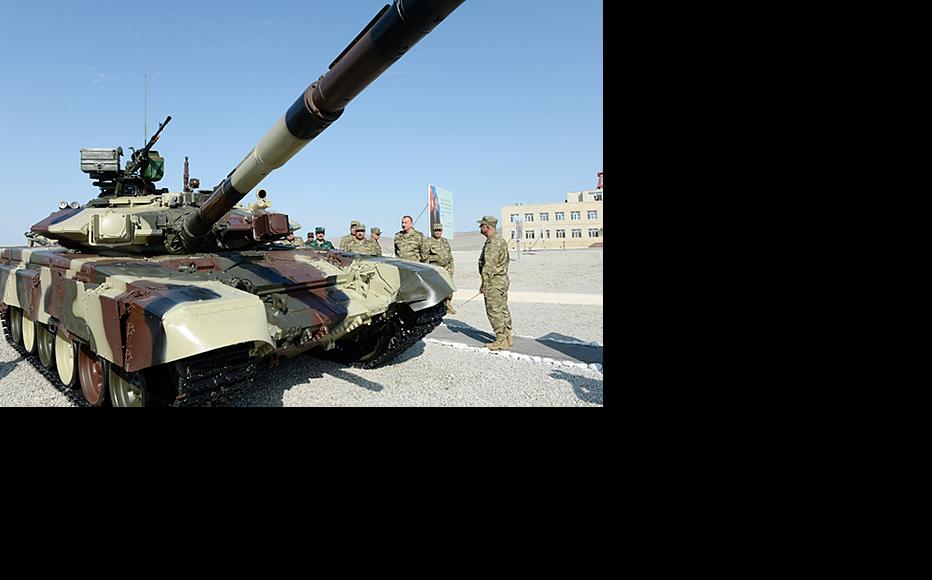 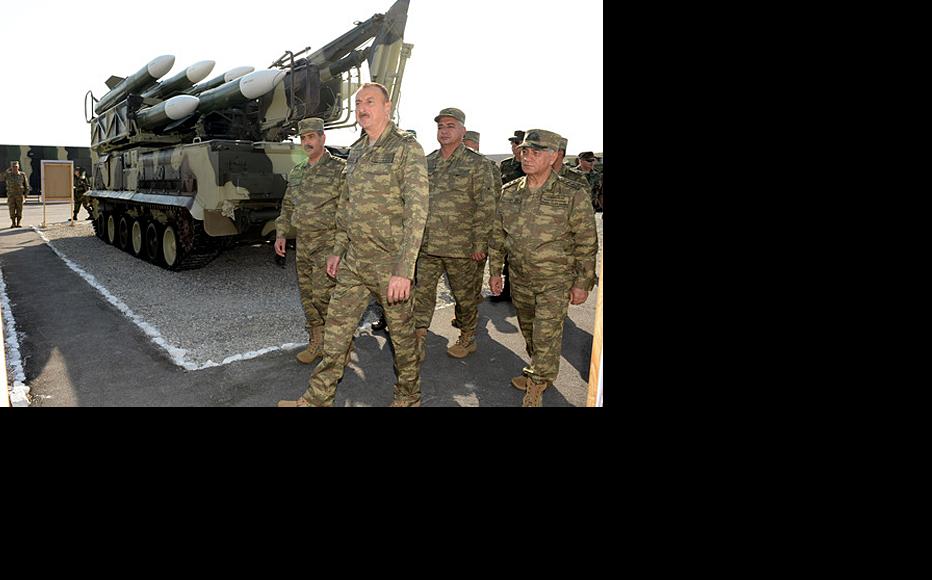 President Aliyev (front) passes a Russian-made missile system on show at an army base, June 26, 2014 (Photo: Azerbaijani presidential website)
The link has been copied

For the first time, the Armenian president has criticised Russia for selling weapons to Azerbaijan, fuelling a boom in arms acquisitions that his country cannot match.

“This is a very painful issue for us. Our nation is very concerned about the fact that our strategic partner is selling weapons to Azerbaijan,” President Serzh Sargsyan said during an official visit to Argentina on July 10.

Longstanding strategic allies Armenia and Russia are both members of the Collective Security Treaty Organisation (CSTO), and Moscow maintains a large army base at Gyumri, some 120 kilometres north of Yerevan.

Russia is also part of the three-member OSCE group mediating in the Nagorny Karabakh dispute, but that has not stopped it selling large quantities of weapons to Azerbaijan, a country that is still formally at war with Armenia two decades after a ceasefire ended open hostilities.

Samvel Mkrtchyan, head of the arms control department at the Armenian foreign ministry, told reporters that Moscow had failed even to inform Yerevan of arms shipments to Baku.

“By continuing to arm itself at such pace, Baku is significantly violating the 1990 Treaty on Conventional Armed Forces in Europe. Baku is violating it in three ways, with the number of tanks, armoured vehicles and long-distance artillery systems,” he said. “Armenia issues regular warnings about this within the OSCE framework... responsible for implementation of that treaty.”

Azerbaijan has stepped up its military purchases in recent years. According to Military Balance 2013, published by the London-based International Institute for Strategic Studies, Azerbaijan’s defence budget last year was 3.7 billion dollars, compared with just 447 million for Armenia.

Russia’s arms industry has profited from this readiness to spend.

In August last year, Azerbaijan’s Ilham Aliyev told a joint press conference with President Vladimir Putin that he had signed four billion US dollars worth of arms deals with Russia.

Two months earlier, the Moscow business daily Vedomosti quoted defence ministry sources in saying that Russia had sold Azerbaijan armoured vehicles, conventional artillery and multiple rocket systems plus 24 Mi-35 attack helicopters and 60 other helicopters, in sales worth up to one billion dollars. (See also Neighbourhood Watches as Azerbaijan Arms Up.)

In an interview with the Itar-Tass news agency published on May 23 this year, Konstantin Biryulin, head of the Russian agency for defence technology cooperation, said 100 T-90C tanks had been delivered to Azerbaijan under a deal signed in 2011. He said a further 100 of these late-model tanks would be sold soon.

According to the United Nations register of conventional arms which tracks officially-recorded arms transactions, Azerbaijan received 438 heavy artillery systems and 25 attack helicopters from Russia last year, while Armenia got 35 tanks, 110 other armoured vehicles, 200 missiles and 50 launchers.

Despite the ongoing tensions between oil-rich, high-spending Azerbaijan and poorer Armenia, senior Russian officials continue to insist that defence sales are of no political significance.

On a 2013 visit to Armenia, Security Council secretary Nikolai Patrushev argued that new arms deliveries would not change the military balance in the region.

Sargsyan’s remarks this month represent the first public criticism of Russia’s policy of arming Azerbaijan. Analysts say rising tensions on the ground have heightened the pressure on the government to speak out.

In June and the first half of July, at least six Armenian servicemen died on the state frontier with Azerbaijan and along the “line of control” which has formed a front-line boundary around Karabakh since 1994. (See also  Upsurge in Shootings on Azeri-Armenian Frontier.)

Not only is this a high level of losses, but experts say Yerevan is disappointed at Moscow’s apparent lack of concern about the casualty figures.

“It’s clear that there have been shifts in the stance of the Armenian leadership,” Stepan Safaryan, head of the Armenian Institute for International and Security Affairs. “Whereas formerly, Yerevan officially said that it trusted Moscow and that the Kremlin was maintaining the balance of power… now they don’t believe Moscow any more.”

Others argue that selling arms to both sides is part of a strategy of imposing Russian influence in the South Caucasus.

“Why is the Kremlin selling such quantities of arms to Azerbaijan, and thus violating its partnership with Armenia and neglecting its responsibilities as a mediator in Karabakh?” asked Ruben Mehrabyan, an expert from the Armenian Centre of Political and International Studies. His answer – “Moscow has a single goal, to control Armenia and Azerbaijan alike. Both countries are already dependent on Russian defence shipments.”

Tigran Gevorgyan is a freelance journalist in Armenia.