Upsurge in Shootings on Azeri-Armenian Frontier

Upsurge in Shootings on Azeri-Armenian Frontier 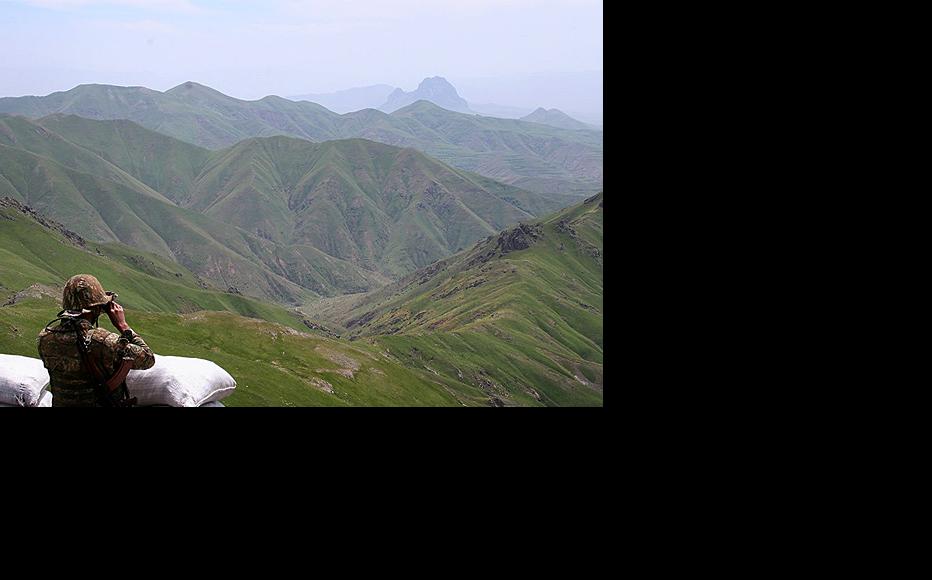 Armenian advance positions on the border with Nakhichevan. (Photo: Razm.info) 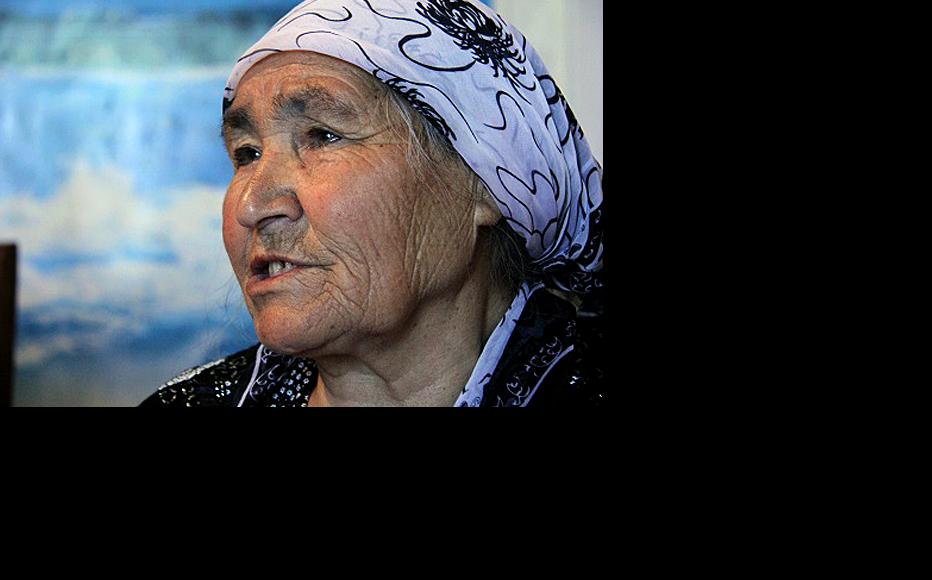 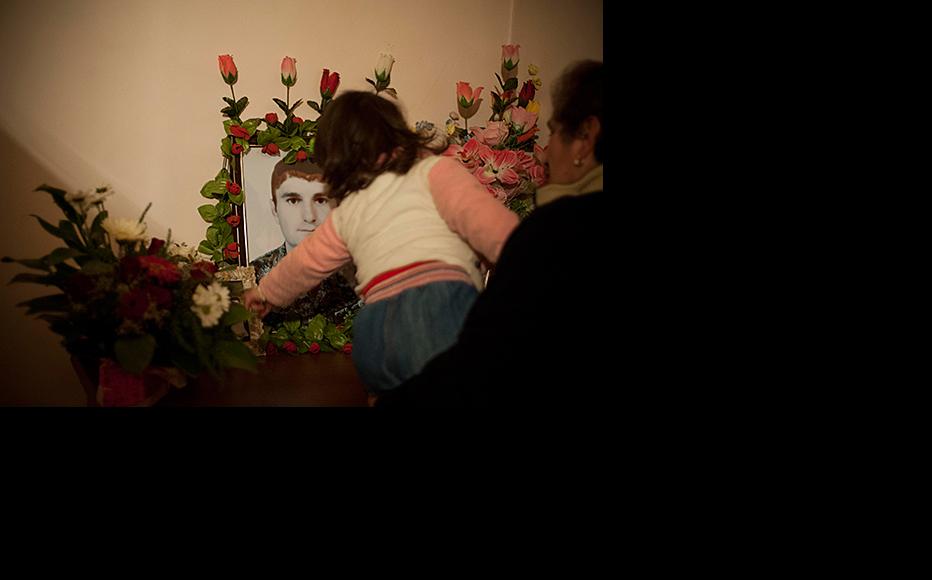 The daughter of Aram Yesayan, an Armenian soldier killed on the frontier in April 2012, with a photograph of him. (Photo: Nazik Armenakyan) 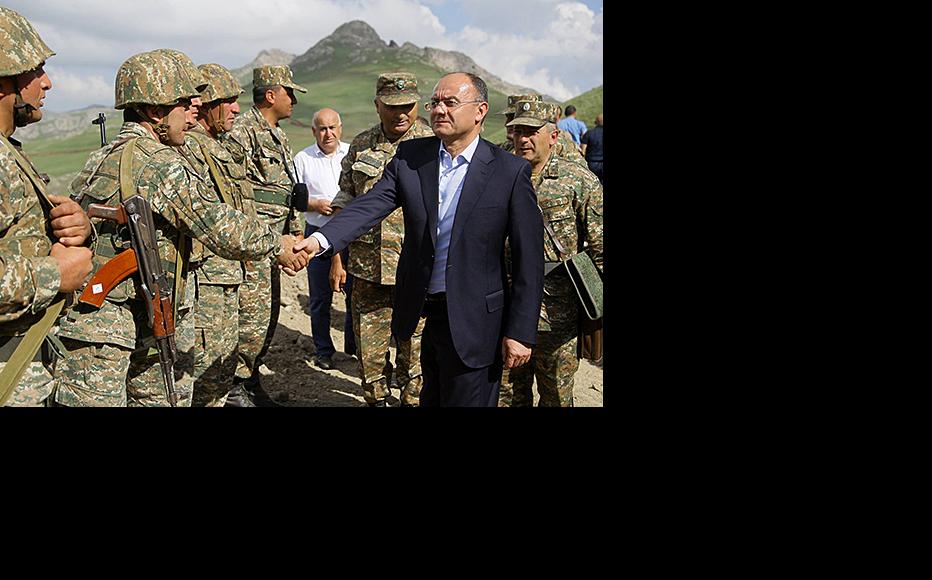 The tenuous ceasefire in the Nagorny Karabakh conflict has been punctuated by gunshots over the two decades it has been in place. So far in 2014, the 20th anniversary of the truce, people on both sides say more shootings are occurring than in recent years, with a marked rise in deaths and injuries so far this year.

Precise information about such incidents – especially about who fired first – is hard to pin down, and the evidence has to be sourced from officials on either side. Cross-border incidents take place both on the state frontier between Azerbaijan and Armenia and along the “line of control” which has formed a front-line boundary around Nagorny Karabakh since full-scale hostilities ended in 1994.

Azerbaijan’s defence ministry says that on June 20, three civilians in the village of Alibeyli in the northwestern Tovuz district, were injured by shots fired by soldiers inside Armenia.

Kamaladdin Abassov, a doctor at Tovuz’s hospital, told IWPR that five-year-old Nurjan Nagiyeva received “relative light” injuries while her grandmother Garagiz had a bullet-wound in the foot, and Anayat Aliyeva, 45, had shrapnel injuries.

Garagiz Nagiyeva, 72, said Armenian soldiers had been firing on the village for several days.

“It really scared the children, and they were always crying. In the morning we decided to take them to their uncle in town. When we left the house, it was quiet – the Armenians weren’t shooting – but they opened fire as soon as they saw us. I saw that Nurjan’s whole leg was covered in blood, and then looked and saw I had blood pouring out of my foot,” she said. “It didn’t used to be like this. These last few months, they’ve been shooting at everyone, children and adults alike.”

In Yerevan, the Armenian defence ministry reported the deaths of five soldiers from Azerbaijani gunfire in June alone. Two of them were killed on June 5 in shelling from Nakhichevan, an exclave of Azerbaijan located on Armenia’s southwestern side. A third was killed in the same area on June 19. The same day, a soldier serving with the military of the Karabakh Armenian administration was killed and another died the following day, also as a result of Azerbaijani fire.

Doktrina, a defence think-tank in Baku, reports that in the first six months of this year, ten Azerbaijani soldiers were killed and another ten were injured, as were seven civilians in border incidents. It says the number of shooting incidents increased two- or threefold compared with the same period last year.

“In the current situation, there is no specific mechanism for counting the number of ceasefire violations, and statements by the two sides are fairly subjective,” Doktrina’s director, Jasur Sumerinli, told IWPR. “However, in general, the available statistics indicate that the situation on the front line is different from that previous years, and is extremely heated.”

As media reports from Yerevan indicated that Armenian forces had moved forward to new positions closer to the frontier with Nakhichevan, defence ministry spokesman Artsrun Hovhannisyan insisted that it was the Azerbaijanis who were creating trouble. “The enemy is escalating the situation on the border not in order to launch large-scale military operations, but to put pressure on Armenia, or perhaps just because the Azerbaijan army has a complex about having been defeated,” he said. “I assure you that Armenian armed forces remain faithful to the ceasefire while standing ready to resist aggression,”

In Azerbaijan, Sumerinli took the opposite view, saying that Armenian units were principally to blame for opening fire. He said they did this for political reasons, to put pressure on Azerbaijan when peace talks took place, or to outflank domestic public discontent about issues such as unexplained deaths of army conscripts.

The long-running negotiations on a Karabakh peace settlement are mediated by France, Russia and the United States, as co-chairs of the OSCE’s Minsk Group. In May, to mark the 20th anniversary of the ceasefire signing, the co-chairs called on Armenia and Azerbaijan to do more to achieve a settlement.

“The sides have shown little willingness to take advantage of the opportunities presented by the co-chair countries or make the political decisions necessary for progress in this peace process,” a joint statement issued by the Minsk Group said. “The absence of a final settlement has resulted in the ongoing displacement of hundreds of thousands of people, the perpetual threat of escalating violence along the international border and the Line of Contact, and a misconception in some quarters that the status quo can be sustained indefinitely.”

Whenever there is an upsurge in cross-border shootings, analysts on both sides worry that the situation could blow up into full-scale conflict, either. inadvertently or deliberately. (See Checking the Pulse on Azeri-Armenian Front Line for a recent discussion of this.)

Vahan Shirkhanyan, a former Armenian deputy defence minister, is confident that this will not happen.

“The great powers – Russia, the United States and the European Union – are all present in the South Caucasus; there are military alliances; and we have Iran and Turkey as neighbours. Under these circumstances, Baku, Yerevan and Karabakh do not have the military, economic or political resources to make an independent to start a war,” he said. “Nor do I see major differences between the great powers in our region such as exist in Ukraine.”

Manvel Sargsyan, head of the Armenian Centre for National and International Studies, said that Moscow was largely a force for stability, since it would like to entice Azerbaijan as well as Armenia into the Customs Union and later the Eurasian Economic Union.

In the village of Alibeyli, Nurjan’s mother Sevinj Nagiyeva spoke of the human cost of the continuing tensions on the ground.

“She [Nurjan] was so scared that she wouldn’t speak or even have a drink of water for two or three hours. Then slowly she started to come to herself,” Nagiyeva told IWPR. “I was wounded in the knee as a child in 1995. I still feel pain, and I limp when I walk. How much longer can we live in fear? Let them end this war now and for ever, so that we can live normal lives.”

Vahe Harutyunyan is a freelance reporter in Yerevan. Leman Mustafaqizi reports for Lent.az in Azerbaijan.