Despite their suffering, people refuse to give up on fundamental freedoms.

Despite their suffering, people refuse to give up on fundamental freedoms. 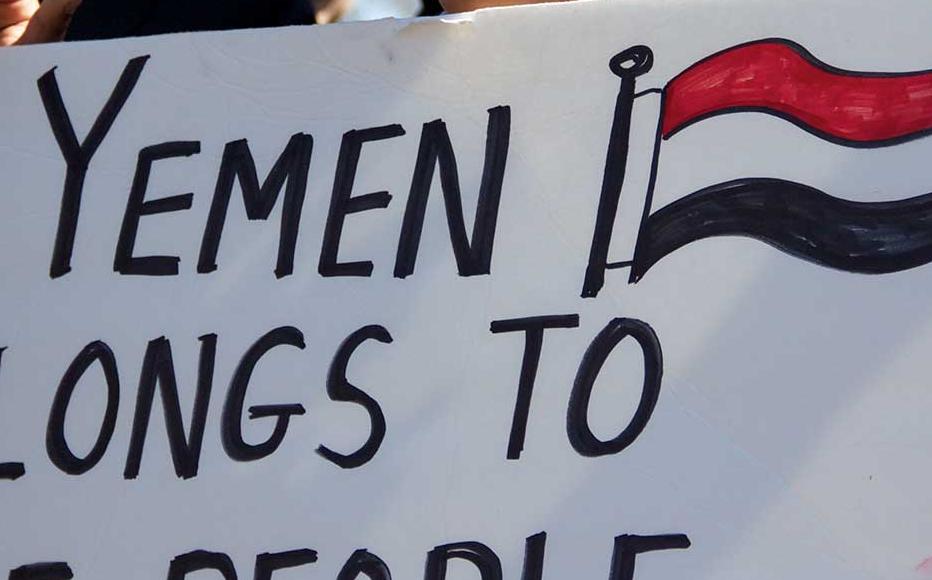 A protest in support of Yemen. © Collin Anderson/Flickr
The link has been copied

Social media has brought Yemen much closer to the international community. I see this all the time as someone who uses social media a disproportionate amount. There are social media campaigns run on issues about Yemen; some US senators are following Yemenis inside the country on Twitter.

But social media is dominated by Yemenis like me in the diaspora because we have better access to the internet and electricity.

Most of  my friends from my generation who took part in the protests are now outside the country, in Egypt, Europe, Malaysia, the US. One of my biggest concerns is that  we are all from privileged backgrounds and we probably don’t necessarily reflect the concerns of people on the ground, the poorest in our country, living through a humanitarian crisis, struggling for their basic needs. This makes social media campaigning by its nature elitist. I constantly keep the question in my mind, whether my activism truly reflects the needs of people back home.

I don’t regret taking part in the revolution, even though I had to leave my homeland. I was never forced to join the uprising, quite the opposite.

There is no question that the internet, social media, Instagram, Twitter – all these played a democratising role for me personally. Social media platforms can be used smartly if you have something meaningful to say, and if you are diligent and determined, then eventually you will be heard. Very often I sit on panels alongside people who graduated from Oxford and Harvard. And there am I, from a humble neighbourhood in Sana’a,  in Yemen.

When I started in journalism, the expectation was for a woman to write about soft topics – really, for a Yemeni woman, the expectation was not to write about anything serious and political. Even now, female activists are harassed more and there are more consequences for us than for men. Our societies are still sexist and it’s easy to attack a woman for her honour with serious impact, even in the diaspora.

In some circles I know I am seen as an opportunist living a good life in Europe, but it’s hard living in exile without family. I really believed in our cause and I still do.

I don’t regret taking part in the revolution, even though I had to leave my homeland. I was never forced to join the uprising, quite the opposite. I remember my mother and the rest of my family constantly trying to convince me that the movement was wrong, telling me that I should consider Ali Abdullah Saleh as my father, even though they weren’t particularly political.

But we wanted role models and we couldn’t find them. The population of the Arab world is young, our leaders don’t reflect our age at all. I made a life-long friend from each revolution, whether in Bahrain, Syria or Tunisia.

And a major achievement was that now, I wholeheartedly believe that that the whole Arab region thinks about human rights differently as a result of the Arab Spring. In Yemen, human rights values are no longer seen as a Western imposed or foreign term. We introduced these concepts into peoples’ minds as an important value rather than an import from outside that threatened our culture. Yemenis now want their rights, whether access to healthcare or food or the right to freedom of expression. Now there is a big demand for rights to be acknowledged. When the Houthis block the internet for instance, there is always a huge outcry.

This is the positive legacy of the Arab Spring, despite all the failures and traumas.

A huge difference is that whereas in 2011 we could talk about one Yemen, with several different political movement within it. Today there is a different reality. Yemen is moving towards division, and not united any more. It’s hard to see another strong man like Ali Abdullah Saleh, with all his flaws, coming to unite the country. One aspect of the division in Yemen is how the Yemeni rial from the south cannot be used in the north and vice versa, for instance. The fact that there is currently no international political will to recognise its division is the only thing still keeping it together.

International actors do play a huge role – whether the UN providing aid, Western states selling arms to Saudi Arabia, Iran’s involvement – and I don’t dismiss this. But the international narrative denies Yemenis agency. It’s all about what Saudi Arabia or what Iran wants. Yet we are a country with our own ancient history, our own political curiosity. What the international community needs to do is support Yemenis to come together to decide for themselves.

Afrah Nasser is a Yemen researcher at Human Rights Watch now based in Sweden. She previously worked as an independent journalist and blogger covering political and human rights issues.