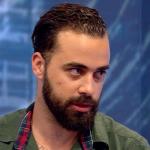 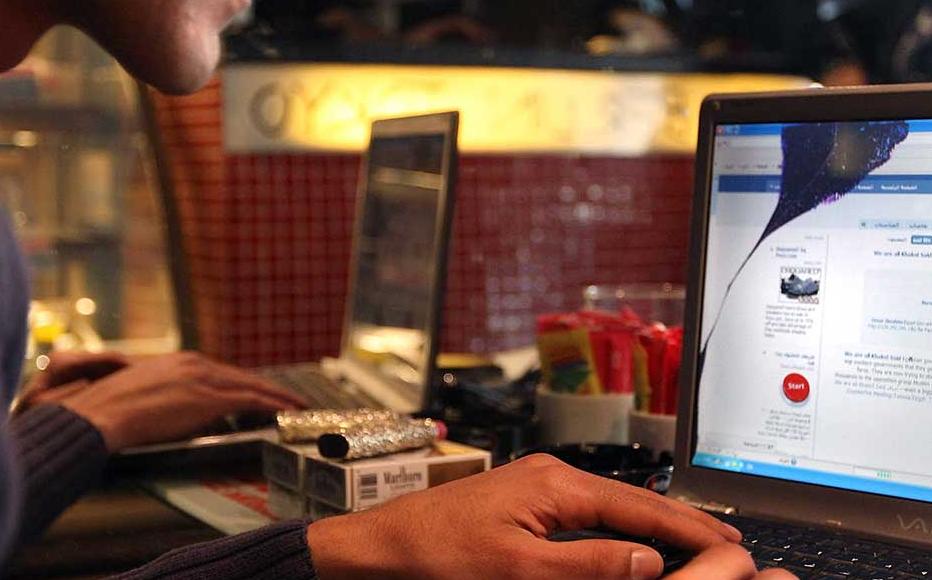 A man looks at a laptop computer displaying Facebook in a cafe on January 27, 2011 as anti government protesters take to the streets in Cairo, Egypt. © Peter Macdiarmid/Getty Images
The link has been copied

The Arab Spring presented a unique moment in history when rising inequality in the middle east combined with the wide proliferation of affordable information technology.

Whereas previously owning a smartphone with a functioning internet connection was a luxury only the middle classes could afford, with the turn of the decade, use of social media applications like Facebook and free messaging services like WhatsApp spread like wildfire.

For the first time in the lives of many, discontent with political authorities was no longer something that could only be expressed behind closed doors. Populations started to adapt to technological advances and use them to organise politically.

But while the authoritarian status quo was briefly disrupted by the revolutions and counter-revolutions of the Arab uprisings, regimes and non-state actors have had time - and dedicated significant resources - to adapt to the region’s new information ecosystem.

“With few exceptions the situation has worsened for freedom of speech,” said Faysal Itani, a middle east analyst and deputy editor of Newlines Magazine.

“Firstly, the regimes themselves have changed; the uprisings highlighted how vulnerable they were, and they became more vigilant,” he said.

“For the most part the lesson they took away was not ‘Our people need more freedom’ but rather ‘This is what happens when you give people some margin to speak - they demand more until our necks are on the line’.”

Itani noted that, while the recent revolution in Sudan proved that this revised status quo was not always permanent, regimes had found ways to meet these new challenges.

“The regime side became better at monitoring people, penetrating social networks, and generally controlling the information space,” he said.

As the violent and bloody crackdowns spread, the middle east’s culture of fear and silence returned.

“Many [people] saw Syria, Yemen, and Libya come apart during the revolutions and, to put it concisely, they became afraid and therefore more likely to tolerate repression and crackdowns,” Itani said.

“So, the regimes became both more neurotic and better at repression, and people gave them more leeway to get away with it.”

“The Assad regime developed very quickly and learned how to use social media and digital tools against activists,” said Syrian human rights activist and digital security expert Shakeeb Al-Jabri. “Last year in May we had three simultaneous DDoS [distributed denial-of-service) attacks against independent Syrian media, one of which succeeded in completely knocking the target offline.”

This behaviour, Al-Jabri continued, was not solely confined to activity within state borders.

“Last year, a UK-based letterbox company that we traced back to the regime used a novel approach to suppress Syria content,” he said.

“The company filed DMCA [copyright] claims against videos of protests from Daraa, leading Facebook to knock them down and issue warnings against the activist pages that published them. It took more than a month of intervention by several activists and NGOs to restore the damage.”

“We’ve seen how in Egypt they’re even monitoring dance videos on TikTok,” Al-Jabri said. “I think the amount of room for activists to manoeuvre has shrunk considerably.”

He said that major technology companies had failed miserably to keep up with developments, which resurgent regimes had further exploited to keep their citizens under control.

“In 2011 Syrian protesters were carrying banners that read ‘Thank you Facebook’,” he said. “Last year they took to Twitter to protest under the hashtag #FBFightsSyrianRevolution”

The crackdowns on freedom of speech and assembly have not only come about at the hands of Middle Eastern dictatorships. Armed non-state actors from a wide range of sectarian backgrounds have also seized the opportunity to prohibit these freedoms across the region.

“With regards to free speech in Iraq, non-state actors have played a major role in silencing activists and critics of the rampant corruption and militia rule through targeted assassinations, death threats, and intimidation,” said Rasha Al Aqeedi, a senior analyst at the Centre for Global Policy.

“As a result, hundreds of activists and protesters have recently left Iraq or are attempting to leave. Some activists, especially those who were on the frontlines of the protests and remain in Iraq, have resorted to using alias accounts on social media.”

Iraq saw a huge wave of anti-government and anti-militia protests at the tail end of 2019, largely organised using social media. Between October and December, security forces in Baghdad and across Iraq’s southern cities killed some 350 protesters.

The security forces also monitored social media activity, with people who merely expressed support for the demonstrations being arrested.

“Nonetheless the protests continue albeit in smaller numbers due to various reasons including fear of retaliation by non-state and state-sanctioned militias,” Al Aqeedi said.

Political killings have long plagued the region, and in Iraq a wave of assassinations of respected analysts, activists, politicians and journalists have been attributed to non-state actors.

“Some activists have decided to play their luck in the upcoming elections despite the dangers,” says Al Aqeedi. “It is likely more assassinations will occur if the new candidates continue to openly criticize these militias.”

“But some of the most recognizable voices and faces remain very much out there, and these are the young men losing their lives on an almost daily basis,” she said. “Iraq is in a way unique that on the surface it's a functioning state, but armed groups determine what speech is allowed and what deserves a silencing bullet.”

While the Arab Spring was borne out of an environment of new technological and societal possibilities, a decade later both state and non-state actors have also adapted, presenting new challenges as to how to advance civil rights across the region.

“Digital security skills are sorely needed and in high demand, which makes costs very high,” Al-Jabri said. “Meanwhile many NGOs, CSOs, etc have seen their budgets shrink. Even to the extent that some are operating with budgets that are less than a single digital security professional expects to earn in a year.”

Al-Jabri said he feared for the security of any new uprisings in the region.

“If we have sudden widespread outbreaks of protests, I hope that those with expertise and those with resources step up very quickly to provide assistance. And I’m sure many would, but that won’t be enough.”

Oz Katerji is a freelancer journalist and filmmaker with a focus on human rights and the Middle East.