The Transnistrian Dissident Who Fled to Ukraine

A young activist who documented the dire conditions in the Transnistrian army found herself in Ukraine in the wake of Russia’s invasion.

The Transnistrian Dissident Who Fled to Ukraine

A young activist who documented the dire conditions in the Transnistrian army found herself in Ukraine in the wake of Russia’s invasion. 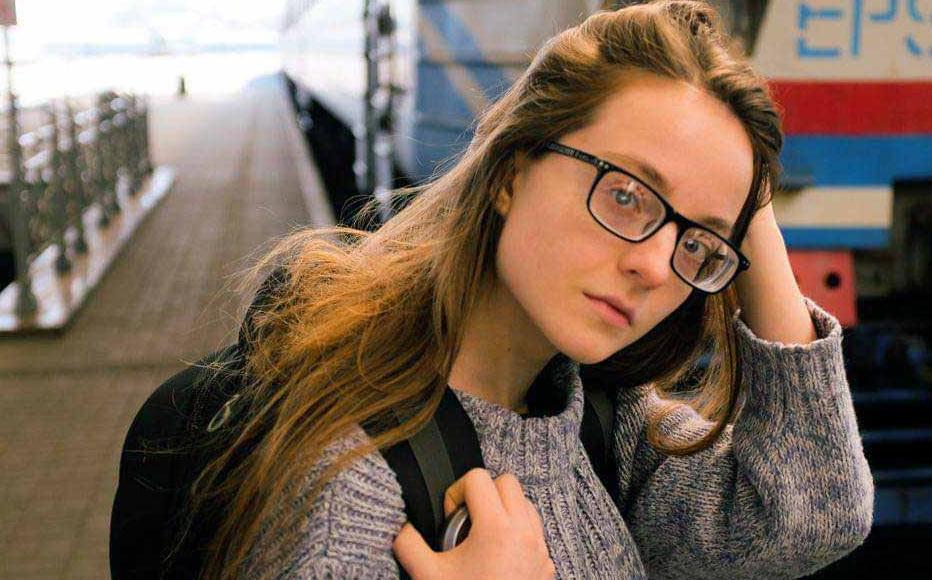 Larisa Kalik, 24, left her native Transnistria in spring 2020. Her book "The Youth Year", which describes the dire conditions young men face in the mandatory military service, attracted the ire of the authorities in Moldova's breakaway region. © Photo courtesy of Larisa Kalik
The link has been copied

Transnistria always felt too narrow for Larisa Kalik. The 22-year-old writer began rebelling as a young girl growing up in Tiraspol, the de facto capital of the breakaway region. A curious mind, she found school boring and unengaging and started skipping classes.

“I preferred self-education,” she told IWPR. “My mother would tell me I had to take responsibility for missing school and the related consequences. I knew that I could manage both.”

Once out of high school, Kalik wanted to study in a Ukrainian university but the paperwork was complex, not least because “school documents from Transnistria are not recognised anywhere”.

The strip of land between the Dniester River and Ukraine is internationally considered an integral part of Moldova despite being out of Chisinau’s control since 1992.

Transnistria’s ties with Russia made Moscow an easier option. She enrolled at the faculty of anthropology at Moscow’s Russian State Humanities University and began her studies, but only lasted four weeks before returning to Tiraspol.

“I learnt soon that it was not my place. I did not feel comfortable,” she recalled. “It was already clear to me six years ago that Russia was not the place where I could live.”

But the act of rebellion that would change her life forever came in November 2018, when Karik met a young conscript who opened up to her about life in the army.

The armed forces of Transnistria are almost fully staffed by conscripts who serve for one year. Evading the call-up is punishable with hefty fines and jail time. Rights groups note that it is not uncommon for young men to obtain Moldovan or Ukrainian documents to avoid being enlisted.

“People know that life in the army is hard, but no one talks about it,” she explained, recalling how she felt compelled to tell the real story behind the propaganda about defending the motherland. The reality is that the military deeply scars young people, affecting their physical and psychological health.

Kalik managed to talk to other 11 young soldiers and in late 2019 the Prague-based NGO People in Need supported her to publish The Youth Year, an account about what happens behind the scenes through the eyes of the dozen soldiers who spoke to her anonymously.

“The book aims at opening up [debate] about the topic. We mustn't close our eyes to everything that is happening in the army. It addresses human rights issues, bad living conditions, corruption, violence, non-statutory relations,” she explained.

The book was launched at the Club 19 cultural centre, a venue popular among young people opposing the authorities. The club, known as "the last island of freedom", was closed in 2021.

After the book was published, Kalik received several messages from mothers who told her how their sons would return from their year in the army with various health problems like gastritis, weak heart, teeth pain. They were broken.

Soldiers wrote to her and told her that those stories mirrored theirs.

“Someone who introduced himself as Dmitri called me on February 3, 2020,” Kalik said. “He told me to come for a discussion, but I understood that it would be an interrogation and I did not go. I don't think I would be here today if I had gone.”

She left her home and in March 2020 moved to Kyiv where she worked as a writer.

“I regularly dream that I want to come home, but when I get to the border, I realise that I forgot my passport, so I can't cross. Then I wake up suddenly. It's not fear, it's fatigue and anxiety, because I don't know at what stage the case is,” she explained.

Two years later, a call from a friend in the early hours of February 24 warned her that Russian tanks had started rolling into Ukraine.

She grabbed her backpack and head westwards. She was on the road for 31 hours.

“There were traffic jams, a lot of people were leaving,” she said, adding that while she was still on the bus, always with the phone in her hand, she found out that the tanks had reached the area where she lived.

From Lviv Kalik went to Chisinau. It was safe, but unreal.

“It was strange to be in Chisinau, while most of my friends were in Ukraine, hiding in basements, sheltering from bombs. I understood that now my place is in Ukraine.”

She made her way back. Now in Lviv, the city in western Ukraine at the crossroad of the country’s refugee crisis, Kalik has picked up again the pen to report, as a journalist, about people’s sufferings in the wake of Russia’s invasion.

Sirens wake her up every night, but today she no longer heads to the basement: she grabs a pillow and goes to sleep in the bathroom.

“Over time you get used to everything. The human psyche is constructed in a way that we cease to fear," Kalik said, adding, "I never had the illusion that human fate can be calm."