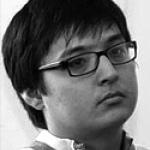 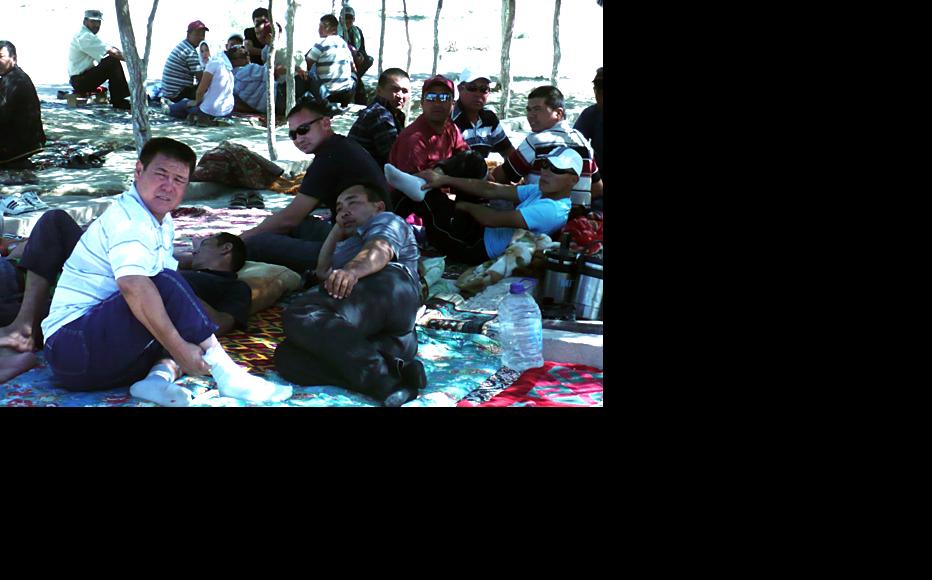 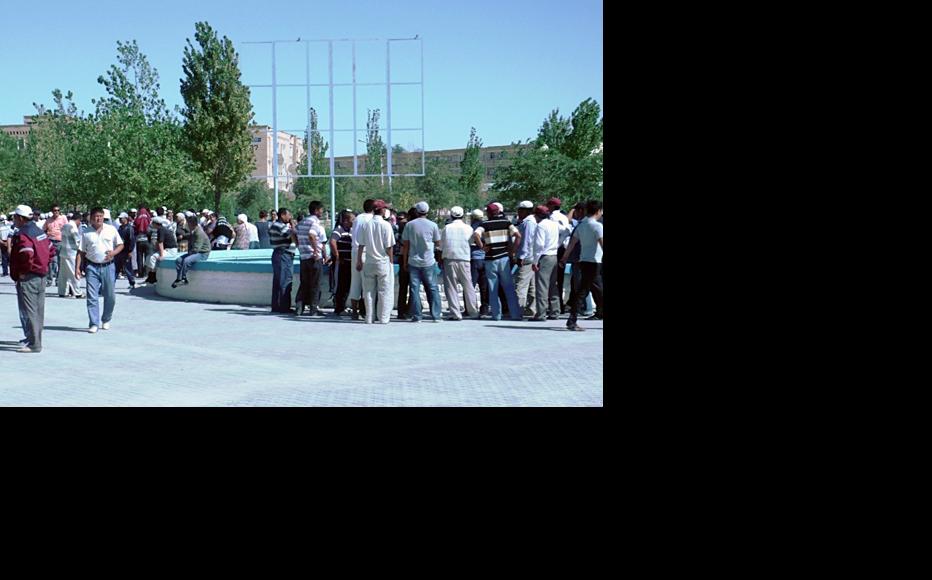 The protesters have occupied the town's central square for the last four months. (Photo: Artur Nigmetov) 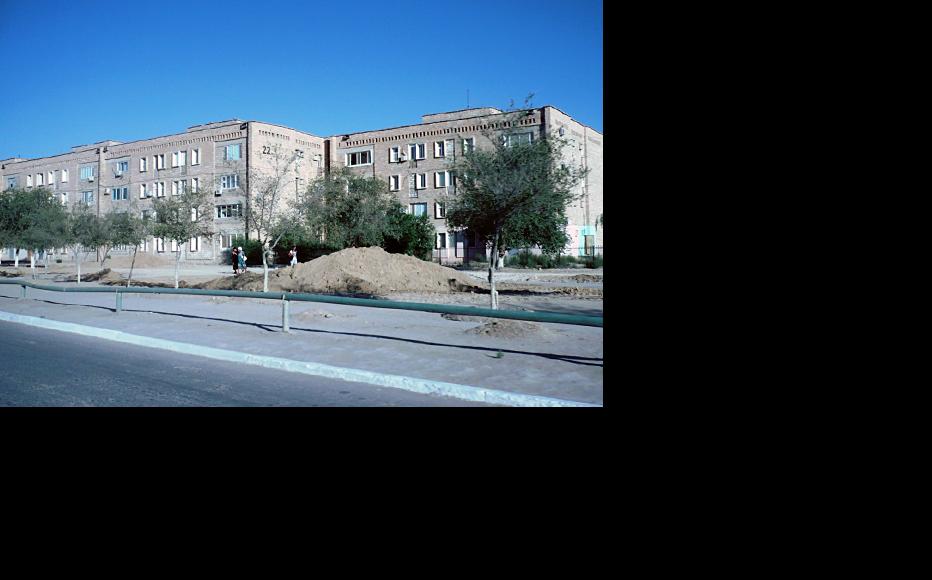 Janaozen is a windswept town, hot in summer and freezing in winter. (Photo: Artur Nigmetov)
The link has been copied

The town of Janaozen makes a surprising impression on the first-time visitor. It isn’t at all what you would expect to see in the heart of Kazakstan’s oil-rich west.

The town – with a population of 130,000, the second-biggest in the Mangistau region – is dominated by Soviet-style apartment blocks in grey concrete, surrounded by cheaply-built low-rise houses made of mud brick.

Some 150 kilometres inland from the Caspian Sea, Janaozen is located in the vast semi-desert of the Mangyshlak peninsula.

When I arrived there in early September, the heat was made almost unbearable by strong winds that covered the whole town in dust. Local people told me they get these winds all year round, blowing in dust in summer and snowstorms in winter.

The harsh climate is not the only thing that makes life in Janaozen tough. Despite the jobs created in oil extraction, unemployment is high, and basic utilities like electricity and hot water are erratic.

The town hit the headlines over the summer when oil workers went on strike to press for better pay. They are demanding additional pay weighting to take account of where they live, the right to be represented by an independent trade union, and – for those sacked during the strike – full restitution of their jobs.

The strike at the Ozenmunaigaz oil firm started in May, at about the same time as workers at another major firm, Karazhanbasmunai, began separate industrial action in Aktau, also in western Kazakstan. At the height of the protests, thousands of workers from a number of oil and gas companies were out on strike, including 2,500 workers from Ozenmunaigaz. (See Kazakstan's Unhappy Oil Workers.)

Ozenmunaigaz said the strike was illegal, and responded by dismissing more than 370 workers at Janaozen. (See also Reprisals Merely Anger Protesting Kazak Oil Workers.) The company argues that the wages it pays have gone up in recent years. A protest last year did end in a pay deal, but workers say this has not really been reflected in their wage packets.

I headed for Janaozen’s central Yntymak Square, which appropriately enough means “solidarity”, and is still occupied by protesting workers. They spend their days sitting in the open air on rolled-out carpets. Hand-made quilts make sitting more comfortable. Add some plastic water bottles, and you have an approximate picture of what the encampment looks like.

Clusters of strikers are dotted across the square, with some finding shade under a few trees.

They take turns to occupy the square, leaving only to make brief visits home. They told me they could not leave in case the police cordoned off the square or blocked access routes.

Initially, the strikers set up camp on the outskirts of Janaozen, but they moved into the town centre after raids by baton-wielding police. They felt that if they were in full public view, they would be less vulnerable to further attempts to disperse them.

Uniformed and plain-clothes police officers maintain a presence around Yntymak Square, although they are keeping their distance.

The overriding impression is one of palpable tension. Nearly four months of protest actions have taken their toll. I sensed this as I talked to the protesters whose sunburnt faces had a look of exhaustion.

They were edgy and quite reluctant to talk to a journalist like me, as they have not always had a good press. Some media reports suggested they were well enough paid as things were and had nothing to complain about.

They also have other reasons to be mistrustful of outsiders, such as an incident when oilmen’s wives were attacked by unknown assailants to stop them staging their own protest.

Relations within the camp are strained, as well. Tempers run high, and any disagreement can easily get out of hand and lead to arguments, abuse and a brawl.

The strikers are divided on what they want – a hard core opposes any deal short of all demands being met, others still believe it is right to protest but are finding it increasingly hard to continue, while others have had enough and want to stop.

One activist, Kayrjan Shagyrbaev, who is a drill operator in his early forties, tried to downplay the gloomy mood and insisted the striker were steadfast in their desire to carry on the fight. He said they had warned their employers and government officials that the strike action would escalate if they were ignored.

A female protester, Kunsulu Otarbaeva, told me of the price the strikers were paying, saying, “Their children have nothing to eat, and some families are breaking up as their wives leave them. These work problems are spilling over into the family. These guys are at the end of their tether, but they carry on out of principle and because they want justice.”

The oil workers told me they were just the most visible part of a wider group of people in Janaozen who were fed up with declining living standards.

I observed that the police, too, looked uneasy as they kept watch on the sit-in, and also on groups of men congregated in the vicinity of the square. I was told these were unemployed locals, mainly “oralmans”, the name used for ethnic Kazaks who were invited to come in the country, but who have found it hard to get an education and hence work.

I got a sense that these men were showing solidarity with the oil-sector workers. It did not look as though there were coordinated plan of action, but it was clear that if the authorities moved against the protesters, other residents would side with the oilmen.

One protester told me police were deterred from breaking up the camp by the fear of serious trouble.

“Behind every one of us there are children, wives, relatives and others who support us and are ready to come to our aid at any moment,” another protester, Sapar Uskenov, told me. “The authorities and employers should think long and hard about that.”

Galym Bayjanov, a local representative of Kazakstan’s governing Nur Otan party, said Ozenmunaigaz would not re-employ sacked workers who had breached their contracts. Efforts were being made to find new jobs for them, but they were refusing to accept them.

Uskenov’s response was that he and his colleagues already had jobs, from which they had been illegally dismissed, and did not plan to become street sweepers or maintenance workers.

As the incessant wind turns chillier, heralding the cold of winter, it is hard to see how the protest in Janaozen can be resolved.

Artur Nigmetov is a reporter for Azattyq, the Kazak service of RFE/RL.