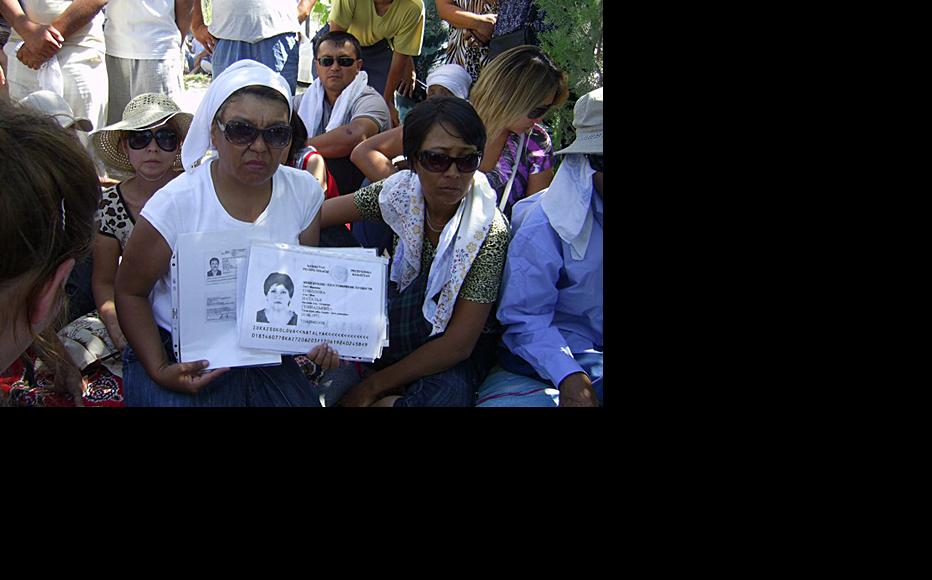 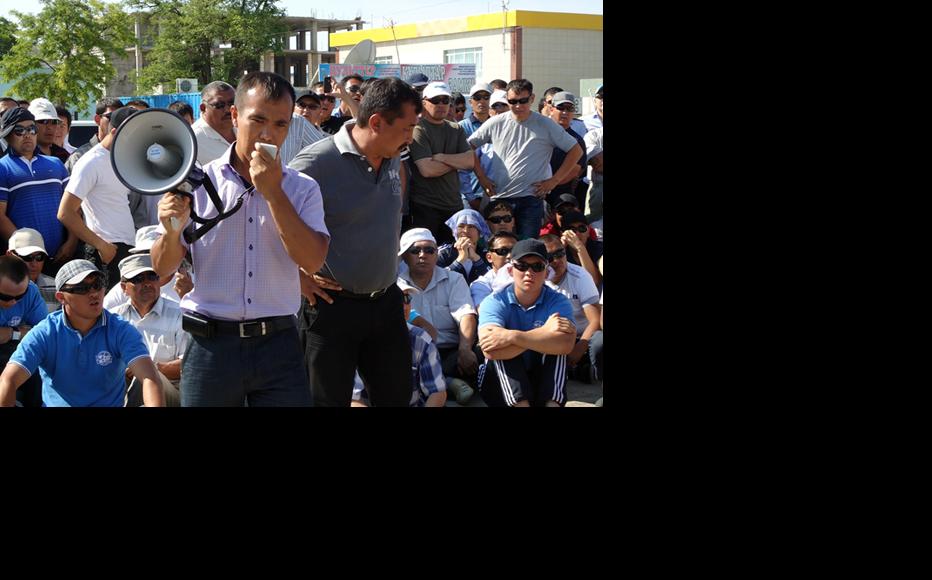 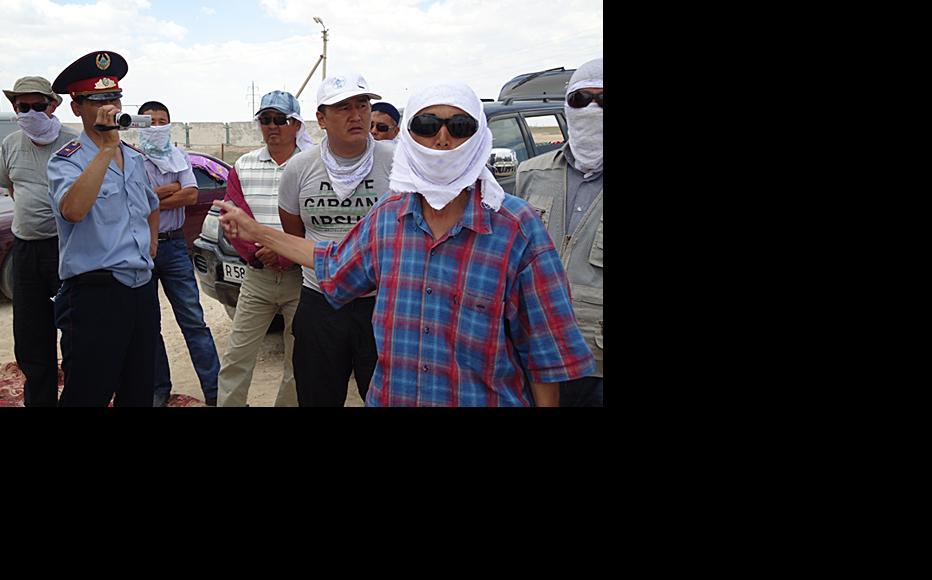 By meting out harsh punishments to union activists involved in recent oil-industry strikes, the Kazak authorities are merely resorting to tried-and-tested methods of stifling dissent.

It is doubtful whether these measures will serve as a deterrent to further labour unrest, and they simply reinforce the widespread perception that the government is taking sides in this industrial dispute.

On August 8, Natalya Sokolova, a trade union lawyer in western Kazakstan, was sentenced to six years in jail and barred from practicing law for three years after being convicted of “inciting social strife”.

Her prosecution under criminal law was sought by the management of the Karazhanbasmunai oil company, after she spoke about pay discrepancies during a meeting of workers.

During the trial, Sokolova argued that she was speaking in her capacity as legal adviser to the workers’ union.

Aminov’s union represents staff at Ozenmunaigaz in the town of Janaozen. Ozenmunaigaz is a subsidiary of KazMunaiGaz, the national oil and gas producer, which also owns part of Karazhanbasmunai, a Kazak-Chinese joint venture based in Aktau.

International rights organisations condemned these sentences as politically-motivated, and called for Sokolova’s release.

The Norwegian Helsinki Committee said it was unacceptable to use the criminal justice system to silence the lawyer.

A statement by the New York-based Human Rights Watch said that “making such actions as addressing workers on issues of wage disparity subject to such heavy criminal penalties is arbitrary and illegitimate interference with the right to freedom of expression”.

The law under which Sokolova was convicted means the authorities have ruled that the advice she gave to oil workers was liable to provoke “social, national, tribal, racial or religious strife” – in other words on a par with racist thugs, violent Islamic extremists or others who present a threat to national security.


The oil industry protests – the longest Kazakstan has experienced to date – began in May when workers demanded pay increases and asked to be represented by independent unions, as they did not trust the officially-appointed trade unions. When the management ignored their demands, some mounted hunger-strikes, prompting waves of protests. (See Kazakstan's Unhappy Oil Workers ,)

At the height of the protests, thousands of oilmen and other staff at several oil and gas companies were out on strike. The Socialist Resistance, a youth movement supporting the protesters, said over 12,000 were involved, although the Ozenmunaigas, Karazhanbasmunai, and Ersai Contractor firms put the number at no more than 1,700.

Since then, at least 400 workers have been sacked.

Meanwhile, a core of several hundred in Janaozen continue to protest. Their list of demands has grown to include Sokolova’s release and the reinstatement of dismissed colleagues.

The kind of repressive tactics we have seen here used to be reserved for opposition members and outspoken journalists. The convictions of Sokolova and Aminov means union activists are now on the government’s black list, as well.

The scale and duration of the protests clearly took the authorities by surprise, and they responded with a crackdown.

Strikers were prevented from organising peaceful demonstrations in the centre of Aktau city, and some rallies near oilfields were dispersed. On two occasions, baton-wielding police raided the protesters’ camp on the outskirts of Janaozen, but stopped short of dismantling it when some workers threatened to set themselves on fire.

The authorities despatched additional forces. One local human rights activist saw interior ministry units and two armoured vehicles stationed at a local school. These forces have not been deployed yet, but remain in place.

Strikers and family members also report numerous cases of intimidation. A group of oilmen’s wives who stayed their own protest was attacked, there was an arson attack on the house of a union leader, and strikers received threatening phone calls.

Inside the country, protesters were supported by some opposition groups and labour activists from other industries.

International coverage of the strikes led British pop singer Sting to cancel a July concert in the Kazak capital Astana. European Parliament member, Paul Murphy, visited Kazakstan the same month and met the protesters, expressing support for them and calling on the government to address their demands.

In a press release at the end of July, KazMunaiGaz said the strike had cost it six per cent of its anticipated annual output. No doubt the company will be able to catch up with production, but it will be harder to repair relations between government and the oil-sector workers who contribute so much of the country’s wealth.

The authorities’ response has been one of indifference to the strikers’ concerns, a refusal to step in as neutral mediator between commercial firms and their staff, and punitive action using the police and the courts. The effect has been to alienate a section of the population not associated with hostility to the government, and to allow a pay dispute to escalate into something that looks more like a political standoff.

The government’s uncompromising stand has only fuelled resentment. According to some reports, around 3,000 oil workers have cancelled their memberships of the presidential party Nur Otan. A party representative in Janaozen downplayed the scale of the exodus, saying only about 1,100 people had applied to leave, and in many cases their cancellation forms were invalid as they had not been filled out properly.

Whatever the true figure, these defections from the party are of great symbolic importance, serving as a challenge and warning to President Nursultan Nazarbaev himself.

Andrei Grishin works for the Kazakstan Bureau for Human Rights and Rule of Law.