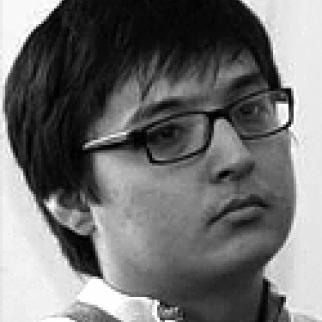 I was born in 1985 and grew up in the village of Jalpaktal, in western Kazakstan region. My parents are teachers. I also have a younger brother. After graduating from school, I studied history and political science at the West Kazakstan State University. This was followed by a master’s degree at the Moscow School of Political Studies.

I never dreamed of becoming a reporter as I was more interested in political science. But journalism gave me an opportunity to pursue another thing that I really enjoyed apart from studying politics – communicating with people.

I had my first journalistic experience at the age of 21 when I was still at university. I started writing articles for the opposition newspaper Azat. I was reporting on corruption in the regional government. There was no self-censorship, which is now so widespread among journalists working for state or other private media. I appreciated the luxury of writing freely only when I later went to work for another media outlet, a private regional TV, where the atmosphere was different.

I was working as a news reporter but found the atmosphere where editors made sure no reports critical of government officials or official policies slipped through rather stifling. I felt degrading as a journalist.

The turning point in my career came when I got a job as a correspondent for Kazak service of Radio Free Europe/ Radio Liberty covering West Kazakstan. This phase of my career was instrumental in my development as an independent reporter. Since then in my writing I have always followed professional journalistic standards. Things that I used to do while working for regional TV, like sticking to one side of the story and interviewing only those who were easy to reach became things of the past.

I also shed for good the habit that comes from Soviet journalism - presenting to readers personal opinions and emotions.

What I like about being a journalist is that you feel a sense of achievement when your report makes a difference. As part of writing a human interest story, I made a series of radio programmes following an Uralsk resident’s one-man’s campaign for subsidised housing he was entitled to as someone who was brought up in a children’s home.

The publicity around his protest helped to secure him accommodation. My contribution to this man’s victory was acknowledged when subsequently I was called in for a meeting with the local national security department. The officer who talked to me tried to persuade me that I was wrong to raise the issue. In his view, authorities will have difficulty in coping as they will be flooded with similar requests from others like this guy.

My first encounter with IWPR was in 2009 when I was approached to write a story about the persecution of the Salafis, followers of a puritanical Islamic movement in western Kazakstan (See Kazak Islamists Under Pressure).

It was the first time that I set out to do my own journalistic investigation. What I enjoyed about it is the process of researching the subject which gave me a real insight into the issue.

Moreover, what was unusual for me as journalist specialised in news reporting is that I had to work hard to find people to interview and then win their trust.

This investigation was an eye-opener for me. Previously, I read about them in the local media that toed the government line depicting them as religious extremists and a threat to national security. They were persecuted because they were critical of the official Muslim body controlled by the government. The Salafi movement is fundamentalist in the sense that adherents seek a return to the first principles and teachings of Islam. People appear to be attracted by the Salafis’ puritanical attitudes and talk of justice and equality.

What I liked was that in the published piece, readers could hear the stories of Salafi followers – something that was absent from reports in the local press.

Another attraction of working with IWPPR - apart from producing articles – is the opportunity to be involved in IWPR-organised public events when various issues, including freedom of speech, are debated. On several occasions, I was invited to IWPR-organised meetings and conferences as a speaker or a moderator.

One of the debates that really stood out for me was a regional meeting on journalism and the internet age (See Central Asia Meeting on Journalism in Internet Age). It was interesting to hear the stories of colleagues from other countries on difficulties they encounter in their work and to share experiences. 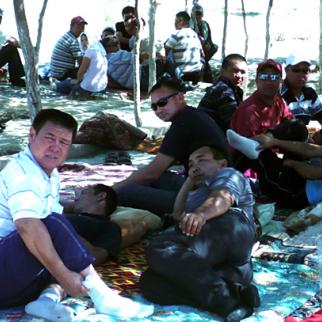 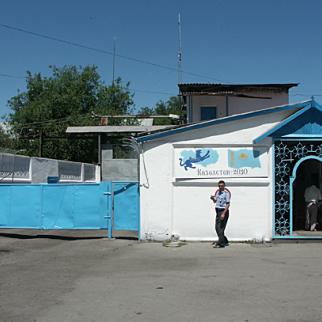 A women’s prison at Chemolgan in the Almaty region. (Photo: Serik Kovlanbaev)

Setback for Penal Reform in Kazakstan 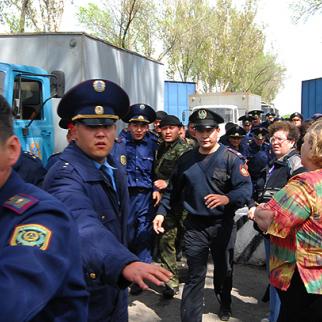 Defendants accused of torture are driven away from the Zarechny prison after the trial court spent a day cross-examining inmates brought as prosecution witnesses. (Photo: Alexei Smirnov) 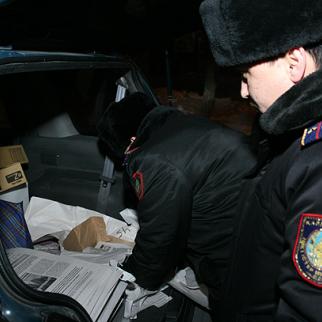 Newspaper’s plan to campaign against prolonging president’s rule lands it in trouble. 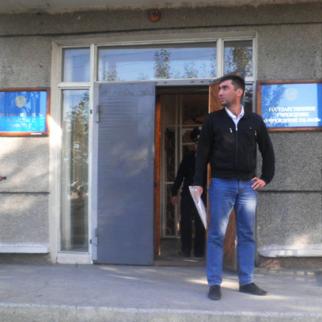 Prison rights activist Vadim Kuramshin outside a penal institution near Granitny in Akmola region, scene of a riot in August. (Photo: Vadim Kuramshin)

Central government’s commitment to penal reform has yet to feed through to prison management, activists say.

Authorities cracking down on scattered groups they accuse of radicalism and subversion.