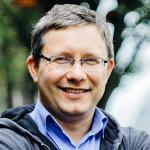 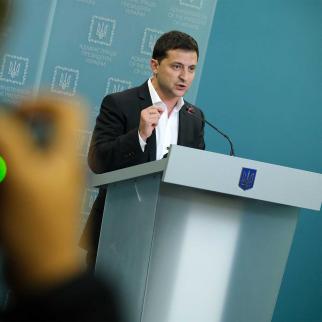 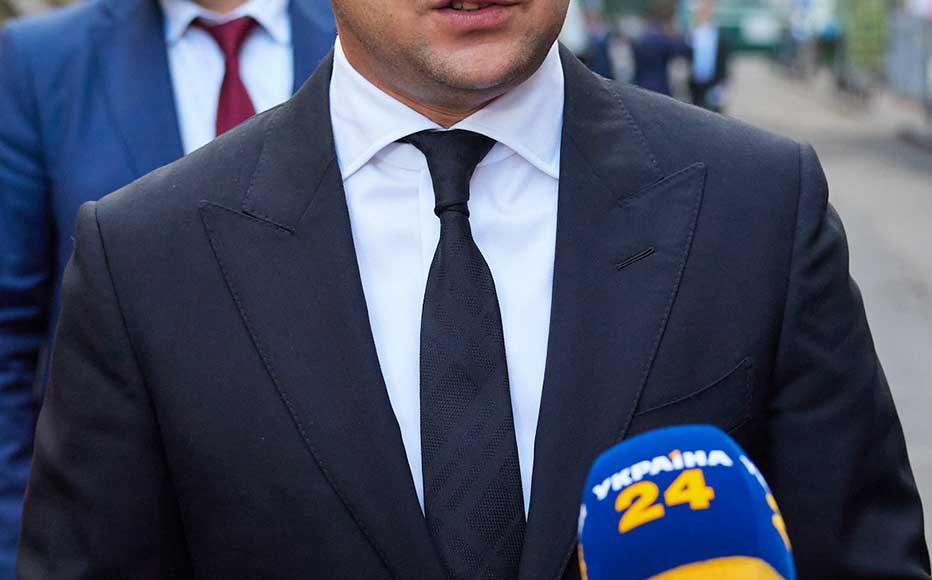 Ukrainian President Volodymyr Zelensky speaks to the media. © The Presidential Office of Ukraine
The link has been copied

Ukraine’s ranking in terms of political rights and civil liberties has deteriorated over the last few years.  Most recently, Freedom House named the country Ukraine as “partially free,” awarding it 60 points out of a possible 100. The section on free and independent media singled out Ukraine’s travel ban on Russian journalists, blocking of Russian social networks, language quotas for local media and attacks and harassment of journalists.

In early 2021, there was further criticism from some human rights and media organisations after the national security and defence council of Ukraine imposed sanctions against the owner of three news channels, which then ceased broadcasting.

The channels - 112 Ukraine, NewsOne and ZIK – were formally owned by Taras Kozak, a lawmaker with the pro-Russian Opposition Platform - For Life party. His assets are widely believed to be controlled by Viktor Medvedchuk, another For Life politician who is himself strongly associated with Russian president Vladimir Putin.

"The information war is real, and there is the ever-present danger that it will spill over into action."

The US supported the sanctions, but the International and European Federations of Journalists called the decision “politically motivated”. Teresa Ribeiro, the OSCE representative on media freedom expressed concerns and called for “a balanced and proportional solution for countering propaganda, a solution that preserves media pluralism, free flow of information and diversity of opinions”.

However, these formal evaluations and criticisms fail to reflect the real situation concerning freedom of speech in Ukraine. This approach is, at best, a manifestation of intellectual laziness, and at worst, itself acts as an instrument of information war.

Thousands of TV and radio companies broadcast freely in Ukraine, and online media outlets operate without any legislative regulations. Media outlets are owned by a range of proprietors with various political views. Many openly criticise the government and publish investigative reports against influential figures. An open competition is ongoing to select the head of the public broadcaster, and international media corporations such as BBC, Reuters, Bloomberg and Radio Liberty all have editorial offices in Ukraine.

Without understanding this context, the sanctions against the owner of the three TV channels may look like an attack on freedom of speech. But on closer examination, it becomes clear that they were a targeted fight against disinformation. These TV channels, according to the Ukraine’s security service, were financed by Russia. They regularly violated journalism standards, disseminated destructive myths, engaged in subversive propaganda and were in effect weapons in Russia’s information war against Ukraine.

Their existence was possible only due to flaws in outdated Ukrainian media legislation and corruption in the judicial system. That is why the Ukrainian authorities instituted the severe legal instrument of sanctions against the formal owner of the TV channels.

Of course, this does not mean that nothing threatens freedom of the press in Ukraine. There are numerous risks, ranging from the pressure oligarchs wield on the TV channels they fund, to unregulated social networks that have a huge influence on public opinion.

The national security and defence council of Ukraine has also warned that Russia has been stepping up its propaganda on social networks. The body’s secretary Oleksiy Danilov recently posted on Facebook itself to caution that social media and messaging apps had become the key platforms for disseminating disinformation.

Media consumption surveys conducted by USAID and Internews show that 52 per cent of Ukrainians get their news from TV – which is regulated, albeit poorly  - while 62 per cent rely social networks.

This is basically a reference to Facebook, which has no regulation in Ukraine. My own profile has been blocked twice in the last month after hacking attempts. I believe this is due to my public stance opposing a controversial construction project in Kyiv, allegedly linked to local corruption, as the bot attacks only began after I spoke out about it. Facebook’s response to my complaints was not impressive; I cannot consider the corporation to be a big defender of free speech.

But what would happen if Ukraine, as many other countries have done, introduced regulations on social media? Would the fight against disinformation then also be called an attack on freedom of speech?

The information war is real, and there is the ever-present danger that it will spill over into action. Currently, Russia is gathering its troops at the Ukrainian border, US president Joe Biden calls on Putin to de-escalate, and Kyiv is distributing instructions for its citizens on how to act during the state of emergency due to military escalation.

This means that while a blanket, formal approach to assessing press freedom may be convenient, without weighing all the circumstances it does not provide a full and fair picture of the Ukrainian context.

Andrii Ianitskyi, a former chair of the Kyiv independent media trade union, is the director of the centre for journalism at the Kyiv School of Economics.