A range of broadcasters are catering for a public increasingly interested in religion.

A range of broadcasters are catering for a public increasingly interested in religion. 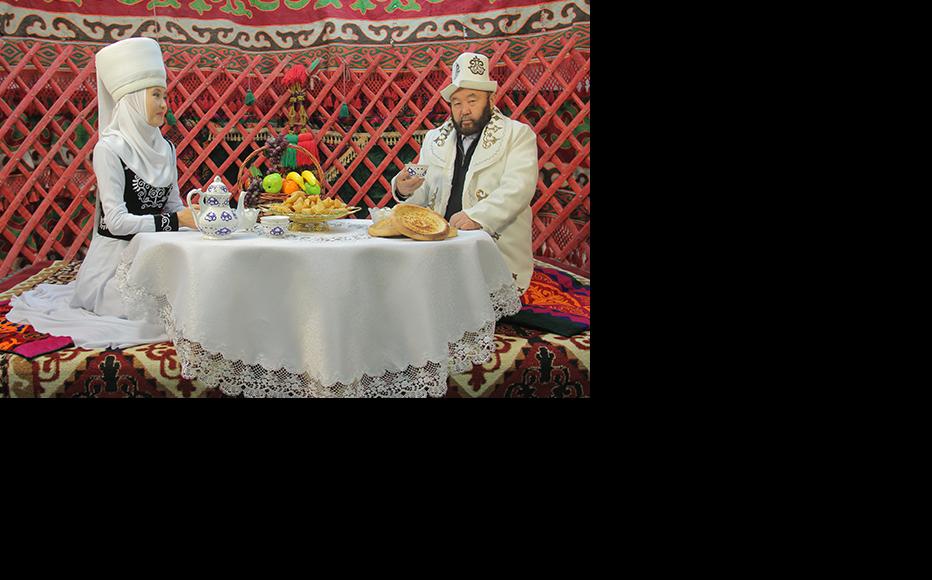 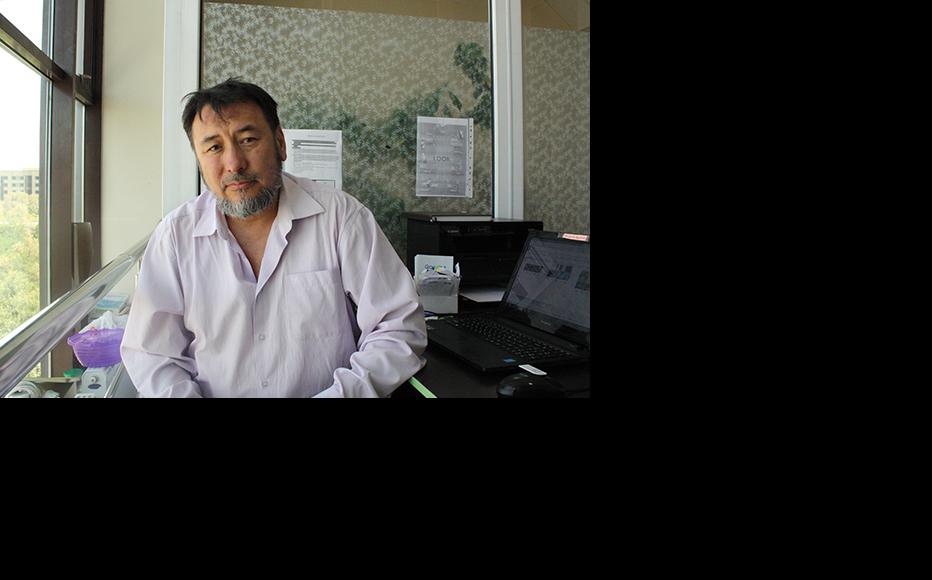 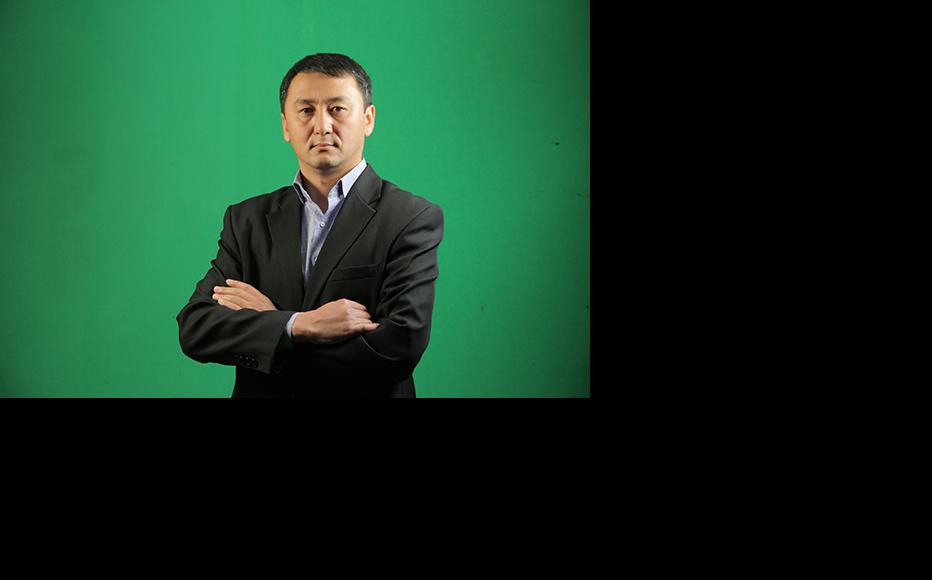 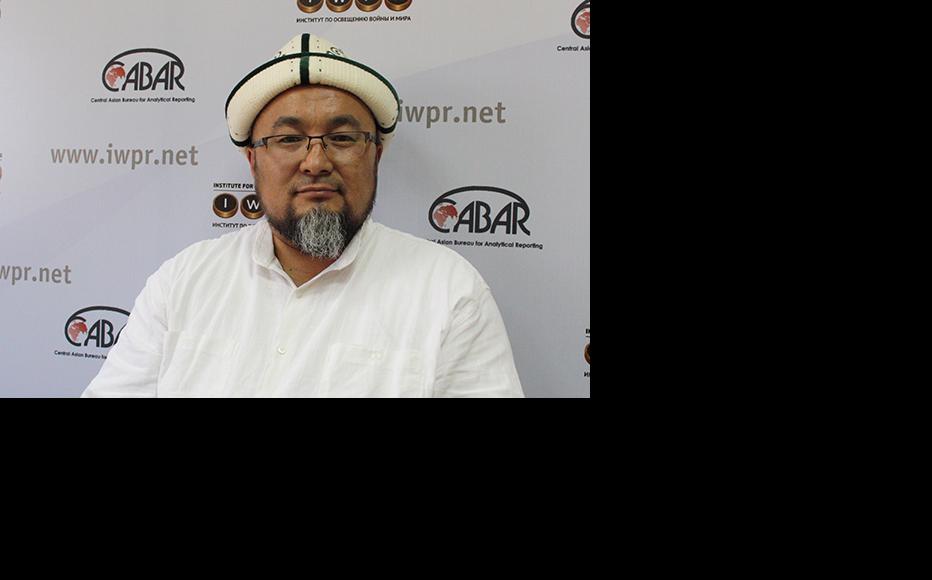 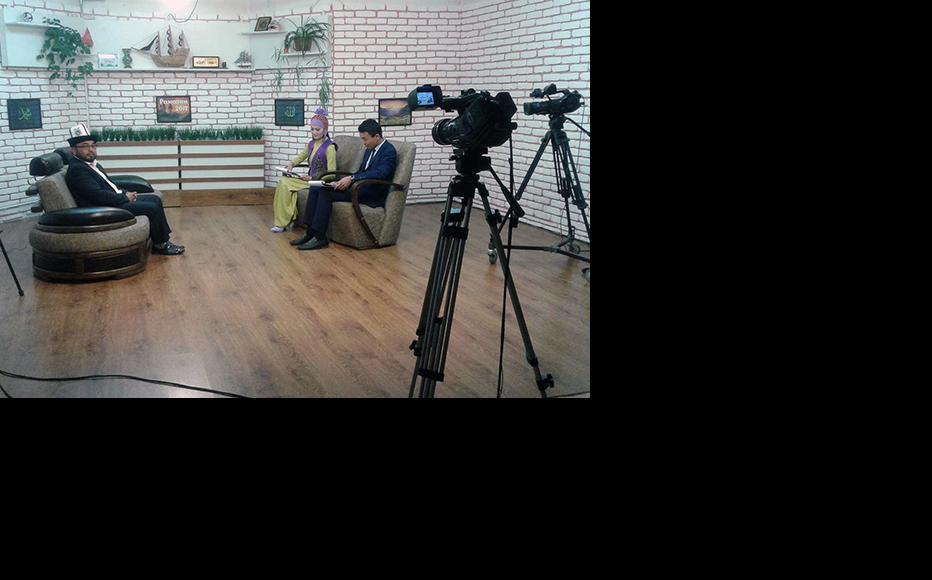 Broadcast media with a distinctly Islamic flavor is becoming ever more popular in Kyrgyzstan, attracting large audiences in the secular republic.

Interest in religion has been steadily growing in Kyrgyzstan, where 90 per cent of the population consider themselves Muslim, ever since independence.

In recent years, fears have been rising over radicalisation; according to official statistics from the intelligence services, at least 600 citizens have left to fight in Syria and Iraq.

Those involved in this media trend say that they are merely educating the public about Islam, arguing that their input helps prevent radicalisation.

Critics, however, claim, that many broadcasters also promote highly conservative social and religious values and actually serve to undermine democracy. Topics such as LGBT and women’s rights have proved particularly controversial.

Rumours often circulate that such activities are being funded by wealthy Gulf sources, although representatives of the media companies involved have refuted this, claiming that they are funded by local businessmen.

Broadcasting since 2015, Ayan TV is widely considered to be the country’s most popular channel amongst a religious audience. Both its logo of a crescent and the green of its branding are associated with Muslim symbols.

However, its director, Zhoodar Saparbaev, said, “We are not a religious channel. We are a TV channel that covers the culture and wealth of the Kyrgyz people in terms of religion and Sharia principles. This is the way we educate our youth.”

Ayan operates on a relatively small scale, and of the 16 television programmes Ayan produces, only five are directly related to Islam. Its audience is mainly concentrated in the capital Bishkek and its environs, as well as in the south, considered to be the most religious and conservative part of the country.

Zhoodar said that part of their mission was to help counter extremist and radical sentiments.

He added that the channel had not received any foreign investment, with most funding provided by his businessman brother or drawn from advertising revenue.

“To put it baldly, I did not take a som from the Arabs,” he said. “If they offer, I might take it, but I will not trade on the religious direction of the channel and will not ask for something because of it.”

Ayan also hosts shows by Marva, another broadcaster popular among the religious community.

Chotonov is well known for claiming that Kyrgyzstan’s secular values encourage women to be prostitutes, marry foreigners, disrespect their parents and become alcoholics. Although the legal marriage age in Kyrgyzstan is 18, he has frequently argued that girls need to marry as soon as they are physically ready to have children, rather than waiting to finish school or high education.

Marva’s Tushunuk debate programme has also been accused of promoting ultraconservative values. For instance, guests have repeatedly argued that democracy, human rights and liberal values in Kyrgyzstan have led to the proliferation of homosexuality.

But Marva’s editor-in-chief Kanatbek Matmuratov argued that they simply delivered the basic message of Islam to their audience, trying to provide answers to social questions from a religious point of view.

“We are not conservatives, we adhere to a moderate line [in Islam].,” he said. “We tell the audience to apply Sharia law in their lives, to listen to their parents, not to drink, not to smoke. But we do not spread political Islam because we haven’t reached the appropriate level and the time has not come yet.”

Matmuratov explained that sponsors from Saudi Arabia and Kuwait had funded their work until 2015, but claimed that they had never interfered in Marva TV’s editorial policy.

For the last two years, he said, all their funding has come from local supporters.

“From the calls and messages we receive, we still believe we still need to talk about Islam. Over the last decade, people have learned to read prayers, they have an increased knowledge of religion, but their intellectual level of knowledge about Islam is still low,” Matmuratov said.

Religious leaders often host programmes on other private TV channels at both the national and local levels, or appear on popular online shows.

Chubak azhy Zhalilov is one of Kyrgyzstan’s most well-known religious figures, with a popular channel on Facebook and YouTube, Nasaat Media, which has more than 100,000 subscribers.

He used to often appear on television, including state-run channels, until a conflict with the authorities last summer concerning the extension of the lunch break for Friday prayers.

Since then, unofficial sanctions have meant that he has only hosted programmes on the internet.

Zhalilov has openly argued against parliament democracy, claiming that it is both corrupt and will lead to the legalisation of gay marriage. His preferred option is a strong leader who takes Sharia principles into account.

He did not deny that he was critical of certain aspects of Kyrgyz democracy, but argued that it was not always incompatible with Islam.

“Critics say that we speak only about one [negative] side of democracy. Of course, we can [sometimes] make mistakes, but we cannot distort Islam for the sake of some individuals,” he said. “Of all systems, democracy is the closest to Islam, but at the same time, we also note its negative aspects, too.”

As for funding, Zhalilov said that he had developed the channel alone and with the assistance of just two volunteers.

Zhalilov, who planns to launch a programme on a new TV channel, 24TV, owned by Radio Maral – until recently associated with the Hizmet movement of Turkish preacher Fethullah Gulen - also argued that his broadcasting work actually served to combat radicalism.

“I think our channel makes a great contribution to persuading people to not get involved with negative movements in Islam. We do not oppose national values in support of religious ones,” he continued, adding that in recent years they had promoted Russian-language videos in an attempt to engage with urban youth.

He argued that private initiatives were not sufficient to provide high-quality Islamic education in Islam for the wider population and called on the state to roll out such provision, arguing that it would help prevent the spread of extremist sentiments.

He said that public debate about Islam in Kyrgyzstan focused on radical sentiments, but that there was no coherent strategy to provide information on the religion itself.

He accused government officials of preventing state-owned TV channels from making such programmes.

“When I tell them about [broadcasting educational programmes on Islam], they [officials] say - we are a secular state. Are people secular? No. Do people want to receive this information? Yes. They will search for this information. And who would provide it? God only knows. Anyone who feels like it could provide it, via the internet or missionaries,” Arstanbek said.

Zairbek Ergeshov, director of the state commission for religious affairs, said this was not the case.

He said that the state, in cooperation with the Spiritual Directorate of the Muslims of Kyrgyzstan (DUMK), was trying to educate the public about Islam through broadcasting the speeches of its head mufti, various TV programmes and sermons in mosques.

He added that he did not oppose religious organisations initiating educational programmes on state-run TV channels.

“If some NGO or a fund wins a grant to cover religion and turns to [public TV channel] KTRK then the TV channel will contact us and we will check out the project and learn what they specifically want. If it is not contrary to the basic laws of the Kyrgyz republic, including the sphere of religious policy, we will not prohibit it,” Ergeshov said. “But if they want to spread the ideas of Wahhabism and Salafism, naturally we will forbid it. It depends on the content.”

Ergeshov noted that state policy was to promote the moderate Hanafi school of Islam as the most appropriate to local realities. He said that religious figures generally expressed themselves in this direction, but that more fundamentalist, Salafi opinions were also in circulation.

Mametbek Myrzabaev, a director of the independent Research Institute of Islam Studies, noted that until 2010, newspapers and websites had a cohesive approach towards religion. After the 2010 revolution, in the absence of any authoritarian control, a wider range of views on Islam arose.

But he disagreed that the state should intervene in the process of religious education.

“If the state promotes any direction of Islam at the cost of citizens taxes, then the question arises whether the principle of secularism [of the state] is observed,” he said.

Myrzabaev noted that even the Hanafi school of Islam contained contradictions.

“For example, imagine that the state is promoting one mullah of the Hanafi school via radio and television, but the opposition put forwards its own mullah who considers himself a Hanafite, yet the state does not refer to this school. And what would happen then? This will lead to a conflict on religious grounds,” the expert said.

Ergeshov said that the state’s main consideration was coexistence on the basis of law as well as religious principles. Unfortunately, he continued, some contemporary religious figures now argued that Islamic norms were better than secular laws.

“This is absolutely wrong,” Ergeshov said. “We must make sure that Islam, theologians, and laws develop in harmony. This is what is important.”