Faith has been growing as a force in the country ever since independence.

Faith has been growing as a force in the country ever since independence. 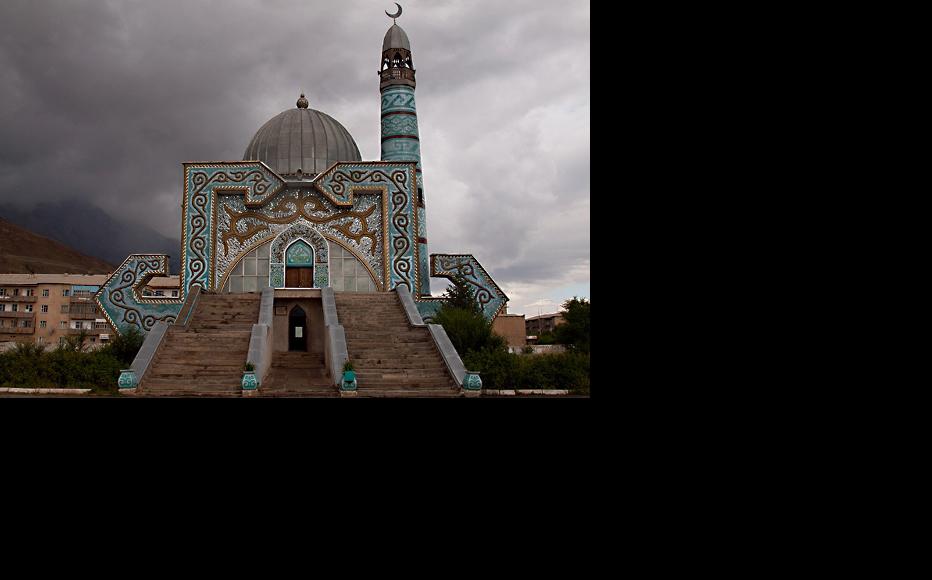 A mosque in the city of Naryn. (Photo: Evgeni Zotov/Flickr) 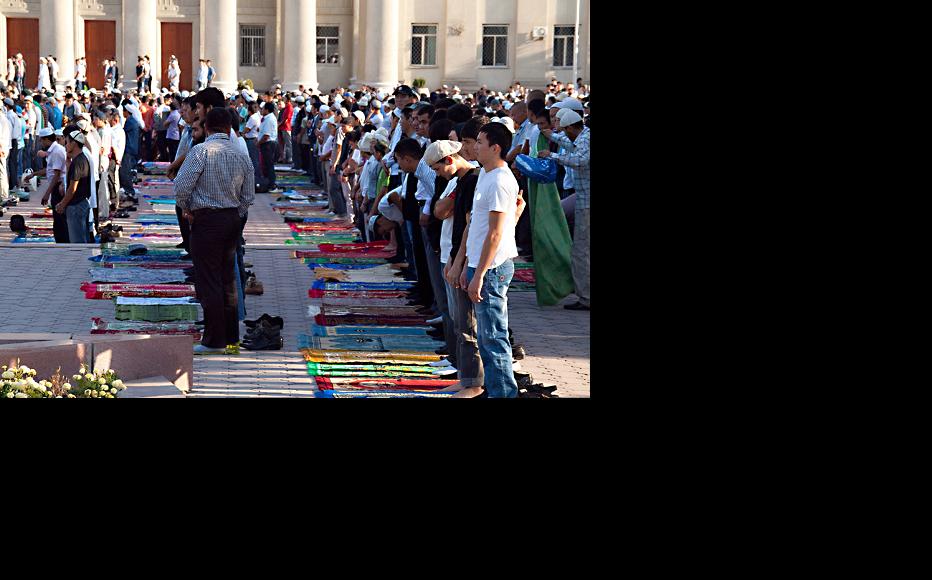 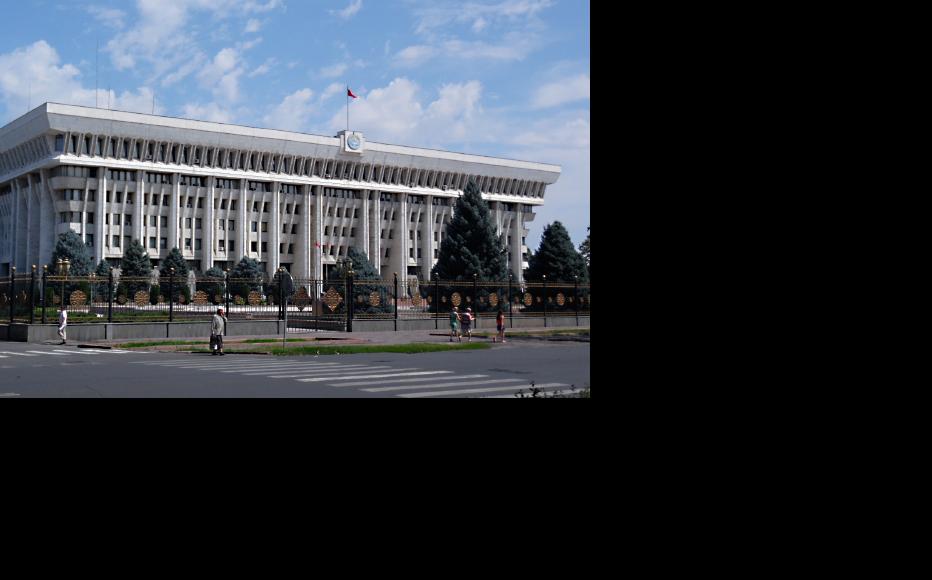 The parliament building in Bishkek. (Photo: Alex J. Butler/Flickr)
The link has been copied

Proposed legislation that would extend lunch breaks from one to two hours to allow time for Muslim prayers have highlighted tensions between secularism and religion in Kyrgyzstan.

The bill proved so controversial that President Almazbek Atambaev himself warned that attempts to “violate” the secular nature of the state were a “recipe for ISIS [an acronym for the Islamic State].”

Kyrgystan is a majority Muslim country, but the constitution grants all citizens equal rights.

Chubak azhy Zhalilov, a former mufti of Kyrgyzstan and still an influential religious leader, sparked controversy with a Facebook post after the parliamentary committee on social affairs blocked the bill in early June.

He continued, “If I were the mufti, I would instruct all imams throughout the republic not to take part in events where they participate.”

“Chubak Zhalilov’s appeal to not support those MPs who voted against - not praying for them, etc - are nothing but extremism,” he wrote. “If today he encourages people to call us atheists, to not pray for us, to not bury us [in a proper Muslim way], what will happen tomorrow?”

“I have a feeling that Chubak azhy Zhalilov… [and his allies] escalate the religious issue… Their calls for interethnic, interfaith tensions can be regarded as a crime,” Akaev continued, concluding, “We must live by the laws, not by concepts.”

“I find it unacceptable to violate the constitutional principle of the secular nature of the state,” the president, himself a practicing Muslim, told the meeting.

“Religious leaders must be aware that they have no right to interfere in state affairs and rewrite the laws of the secular country. One should have common sense,” Atambaev said, adding that “such calls are a recipe for ISIS.”

This is a sensitive issue, as according to official data at least 200 Kyrgyz nationals have travelled to fight in Iraq and Syria.

Tazabek Ikramov of the Onuguu Progress faction, the lawmaker who proposed the bill, now has the right put his bill forward again for consideration by the entire parliament.

He publicly apologised for the level of tension his initiative had caused, but nonetheless said he would continue to pursue it when Ramadan ends in in early July, albeit in consultation with what he termed “wider social groups”.

Religion in Kyrgyzstan has been growing as a force ever since independence. Around 80 per cent of the population identify as Muslim, with other faiths including Orthodox Christianity and Protestantism.

Nonetheless, Kyrgyzstan is a secular republic where it is against the law to set up a faith-based party, and the government has long aimed to stop the emergence of radical Islam.

Indira Aslanova of the Centre for Strategic Studies said that religion in Kyrgyzstan was getting more radical and secular people were in turn afraid of losing their long-established way of life.

“[People] seem to have re-discovered religion. If in the Islamic countries [religion] became their natural way of life, we are just starting our journey, and that’s why we are so absolute,” she told IWPR.

This is not the first time that supporters of secularism and proponents of religion have clashed in Kyrgyzstan.

For instance, the wearing of headscarves in Kyrgyz academic institutions is officially banned, although the practice is increasingly popular.

In parliament itself, there has debate over the provision of a prayer space for lawmakers and staff.  Some observant Muslims said that the space provided was too small and needed expansion, while opponents argued that it was inappropriate to locate a place of worship inside a state institution in the first place.

A second, larger room was eventually approved in 2013, funded by a group headquartered in Saudi Arabia – which caused further controversy.

Some say that certain politicians have used religion as a handy way of raising their own profiles.

Zakir Chotaev, deputy chairman of the state commission for religious affairs, told IWPR that it was “unacceptable to use the resources and the authority of [religion] for political ends and for the receipt of political dividends”.

“This initiative of a previously unknown legislator makes sense in political terms. In a short time, he became very popular and recognisable,” agreed Emil Dzhuraev, a politics lecturer at the American University of Central Asia.

Political analyst Sergei Masaulov also noted that “certain politicians are flirting with religion today” but that although Islam was growing in popularity in Kyrgyzstan it was not a monolithic institution.

“It doesn’t mean that all [Muslims] believe equally and have the same demands. Yes, more people are now attending mosques; the young are drawn [to religion].  It’s a type of fashion. What’s surprising is that the state still hasn’t understood the concept of dealing with it,” Masaulov continued.

In 2013 Kyrgyzstan adopted new guidelines on state oversight of religious education and the development of institutions, but Masaulov said that more comprehensive action was needed.

“One can see the Koran’s precepts being interpreted freely everywhere. We’re lacking theologians; there is no unified system of educating imams,” he continued. “This is largely an issue for the government to deal with and it is vital it doesn’t abandon this responsibility.”

Maria Zozulya is an IWPR contributor in Bishkek.

This article was produced under two IWPR projects, Investigative Journalism to Promote Democratic Reform, funded by the European Union; and Strengthening Capacities, Bridging Divides in Central Asia, funded by the Foreign Ministry of Norway.