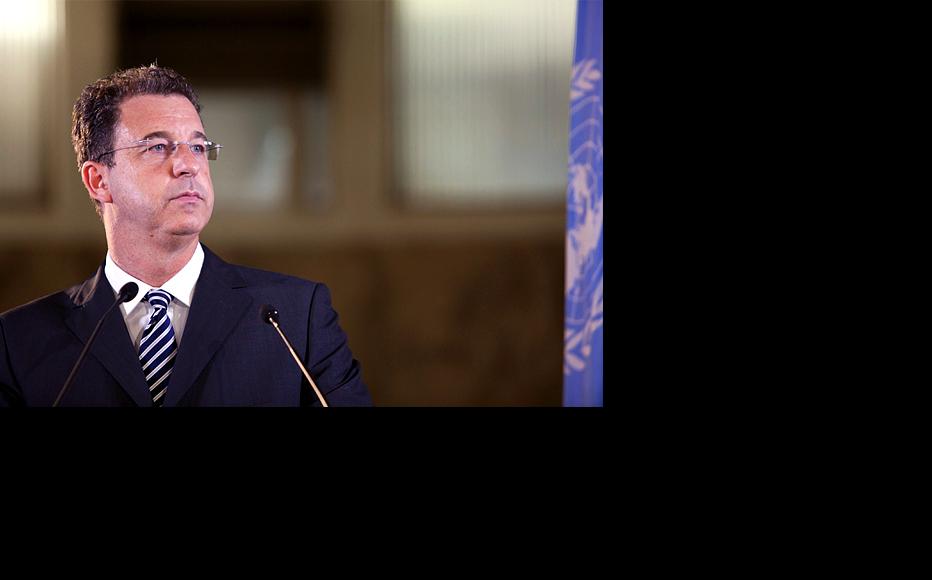 The Hague tribunal prosecutor has announced that his office is to appeal against the recent acquittal of Serbian intelligence officials Jovica Stanisic and Franko Simatovic, and may also request a review of the appeals judgement that acquitted Croatian general Ante Gotovina last year.

In the same written statement issued on June 24, Prosecutor Serge Brammertz made reference to a recently leaked email written by a Danish judge at the Hague tribunal.

In the emailed letter, Judge Frederik Harhoff criticised the acquittals of Stanisic and Simatovic, of Gotovina and his co defendant Mladen Markac, as well as of former Yugoslav army chief Momcilo Perisic.

The emailed letter also suggested that the president of the tribunal, Judge Theodor Meron, had pressured judicial colleagues in a way that “makes you think he was determined to achieve an acquittal” for Gotovina and Perisic. Harhoff speculated on whether “any American or Israeli officials ever exerted pressure” on Meron to “ensure a change of direction”. (See Hague Tribunal Won't Comment on Leaked Letter.)

While both the court and the prosecutor’s office have so far refused to comment on the email, Brammertz said he was “concerned about the destructive elements in the debate that has followed the letter’s publication”.

“However, it is not appropriate or helpful for this office to enter into the debate. Our key objective is to see the [tribunal], through its remaining work, convincingly demonstrate the legitimacy of its process, the high quality of its verdicts and its capacity to secure justice for victims of the conflicts in the former Yugoslavia,” he said.

Brammertz said he “understands the disappointment felt by many, especially survivor communities, following the series of recent acquittals mentioned in Judge Harhoff’s letter”.

On the Stanisic and Simatovic acquittals, the prosecutor said that while acquittals can be the appropriate outcome to a trial, the judgement in this case “contains several serious errors, leading to an unjust outcome that should be corrected.” (For more on this case, see Serbian Security Chiefs Acquitted.)

As well as announcing a prosecution appeal in that case, Brammertz also said he might request a review of the appeals judgement that acquitted Gotovina and Mladen Markac last November. Both men were found guilty by the trial court in 2011 and were given lengthy prison sentences. (See Croatian General Acquitted on Appeal.)

In order for an appeal judgement to be eligible for review at the tribunal, a new fact has to emerge which was not known at the time of the proceedings.

“My office is considering whether the specialised threshold required for review of the appeal judgement is met. If so, we will initiate proceedings within the prescribed one-year time frame,” Brammerz stated.

A request for a review of an appeal judgement has only been granted once before, in the case of ex-Yugoslav army officer Veselin Sljivancanin in 2010. He not only had his case reviewed, but saw his prison sentence reduced from 17 to ten years as a result. (IWPR reported on the case: Sljivancanin Appeals Conviction Reversed.)

In a separate development, lawyers for deceased Bosnian army commander Rasim Delic have requested that their client’s conviction be “revised” on the grounds that Judge Harhoff was one of the judges on the bench.

Delic, who was the highest authority in the Bosnian government army during the war, was sentenced to three years in prison in September 2008 for failing to prevent or punish the cruel treatment of Serb prisoners during the conflict. He was acquitted of all other charges, including rape and murder.

He appealed against his conviction, and a hearing was held in January 2010. Delic died in April that year before the appeals judgement could be rendered. The process was then terminated completely, despite objections from Delic’s lawyers. (See Criticism of Delic Appeal Termination.)

Lawyers acting on behalf of his widow and children now claim that Judge Harhoff’s “lack of impartiality and integrity” is a new fact “which could have been a decisive factor in reaching the decision to convict Delic”.

“The publication of Judge Harhoff’s letter has unilaterally brought the reputation of the tribunal into significant disrepute and risks losing public confidence in the tribunal’s work,” the lawyers said in a submission filed on June 20. “It is therefore the responsibility of the appeal’s chamber to rectify the fallout committed as a result of Judge Harhoff’s appearance of bias. The only way to rectify this situation would be to issue the appeals judgement in this case or to quash the trial judgement.”