The EU delegation in Georgia and IWPR have launched the 2019 EU Prize for Journalism, the most prestigious annual award in Georgian media.

The award includes the EUMM Special Prize for Peace Journalism prize, established in 2013 by EUMM in partnership with IWPR. This seeks to reward the best conflict-sensitive reporting contributing to confidence-building and peaceful dialogue in the context of Georgia’s conflicts. It is implemented through the financial support of the European Union. 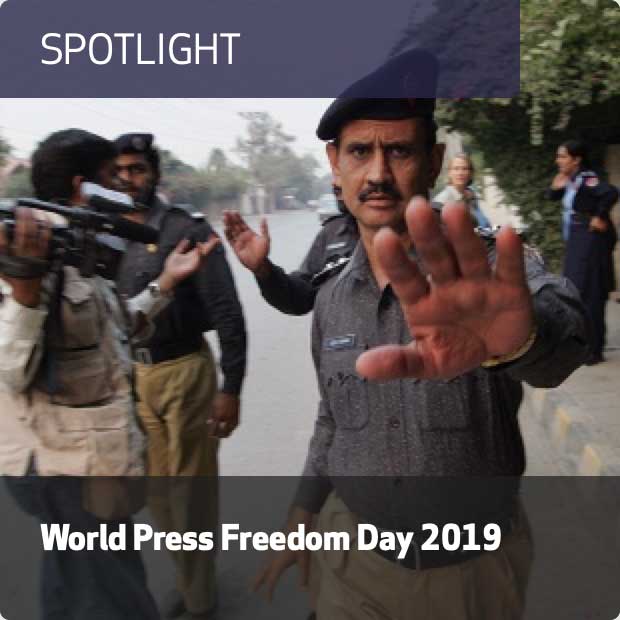 “Interest in the prize is increasing every year,” said Carl Hartzell, the head of the EU delegation to Georgia at the launch ceremony. “The media landscape in Georgia is pluralistic but polarised, which is reflected in the country’s political polarisation.  Misinformation and propaganda is a challenge not only for media outlets in Georgia; the whole world is facing this problem in general. And there are no easy answers and solutions tailored to these complex problems. That’s why we keep working to support media freedom, responsible and ethical reporting.”

The prize features six categories, each with a monetary award of 1,250 Euro. The seventh category is the EUMM Special Prize for Peace Journalism that seeks to recognise and reward conflict-sensitive work. The winner of the special category receives 5,000 Euro to support a one-month fellowship at IWPR’s London office.

“The main mission of news journalism is to inform the public. But years of experience showed me that journalists can also change societies,” said IWPR fellow Gogita Aptsiauri, the winner of the 2014 EUMM Special Prize. “Journalism can provoke conflict but at the same time play an active part in transforming it. I believe that peace reporting can change the stereotypical views of the belligerent parties and contribute to confidence building.”

Looking back on the EUMM’s ten years of experience working in Georgia, its deputy head Kate Fearon said, “We are not journalists but attach great importance to the accuracy [and] work of journalists addressing sensitive issues. The Special Prize is looking for in-depth reports which go far beyond the surface and support confidence and long-term peace building in difficult regions.”

The Prize was launched at a panel event on European media ethics and responsibility, organised by the Georgian Charter of Journalistic Ethics to mark World Press Freedom Day. Experts and journalists discussed issues of independence, legislation, hate speech and disinformation.

The mainstream broadcast media, a key influencer in Georgia, remains closely affiliated with powerful political forces. Independent journalists and media outlets face the issues of financial sustainability and are vulnerable to external influence.

“In the context of sharp political polarisation, media in Georgia is experiencing challenges related to very basic standards of journalism,” said Nata Dzvelishvili, executive director of the Georgian Charter of Journalistic Ethics. “Against this background EU prize for journalism plays the role of a reminder to stay dedicated to good journalism, to be impartial and free from bias.”

“Even though we are working hard to improve our media environment, progress is very slow,” added Lasha Tugushi, the director of the European Initiative-Liberal Academy Georgia. “Media in Georgia is part of the political game; it is a tool of power in a battle of local political forces. We have pluralism in media, but far too little to achieve a high level of democracy… we need to work harder to find solutions to these challenges.”

The Special Prize for Peace Journalism is a joint initiative by the EU Monitoring Mission (EUMM) and IWPR, and part of the EU Prize for Journalism project. It is implemented through the financial support of the European Union.

Details of the prize, its rules and history can be viewed here.

Nikoloz Gablishvili, the 2018 winner, is currently in London. Previous winners include

More than 1,000 families returned to Kazakstan in the first six months of this year.
Could China Be Softening Stance on Kazak, Kyrgyz Minorities?
Tajikistan: Afghan Refugees Feel Secure - But Poor
Latin America
Why Did Cuba Jail This Journalist?

Rights defenders say that unusually harsh punishment reflects wider troubles for Havana regime.
Under A Watchful Eye: Cyber Surveillance in Cuba
Cuba's Less Than Beautiful Game
IWPR gives voice to people at the frontlines of conflict and transition to help them drive change