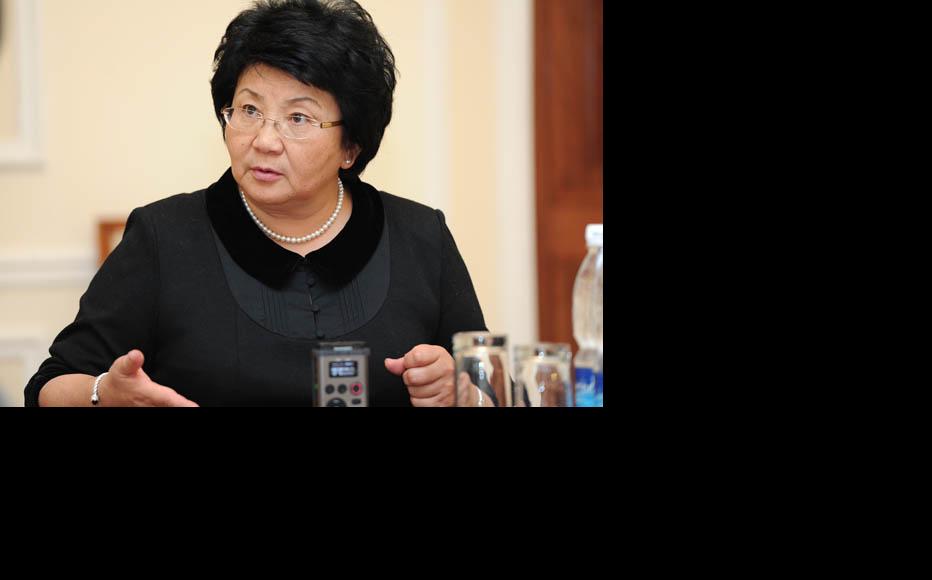 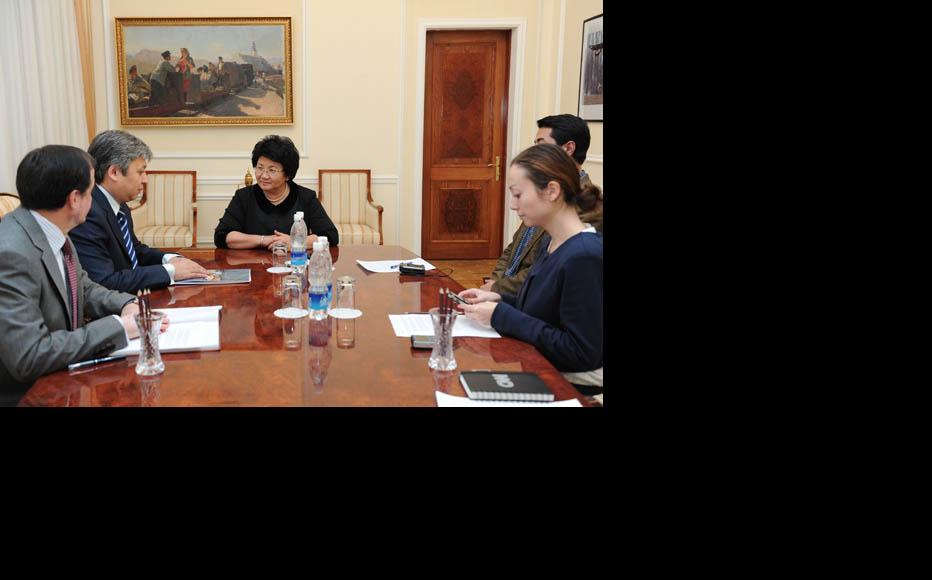 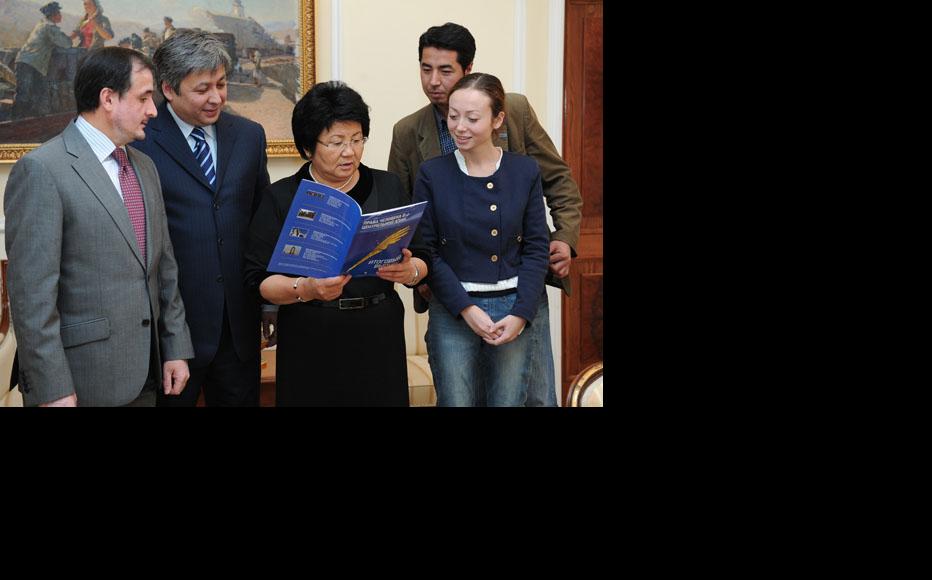 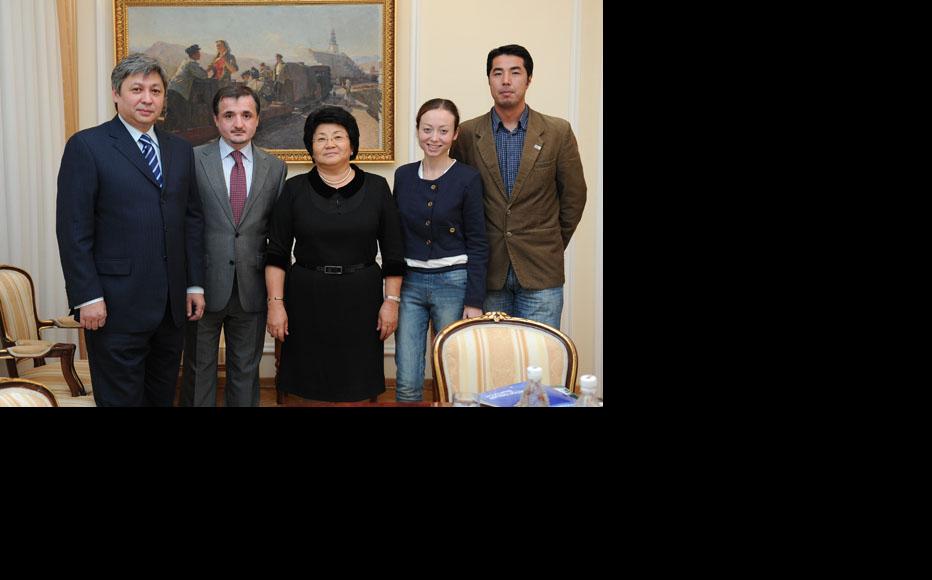 The outgoing president of Kyrgyzstan, Roza Otunbaeva, says that despite the turbulence, even chaos of the last 18 months, Kyrgyzstan has successfully managed the transition to a more democratic system, and there is no going back to the old authoritarian ways.

President Otunbaeva gave an exclusive interview to IWPR as she approached the end of her term as head of state, which began with the protests that ousted her predecessor Kurmanbek Bakiev in April 2010, and included the ethnic violence that shook southern Kyrgyzstan in June last year.

Almazbek Atambaev, who served under her as prime minister, was elected president of Kyrgyzstan on October 30, and when he is formally inaugurated on December 1, Otunbaeva will become the first Central Asia leader to step back from power voluntarily.

Future presidents will have far fewer powers than before, under a revived constitution passed by a nationwide referendum in late June 2010. As a result, parliament becomes a far more important actor.

The following are excerpted highlights from Otunbaeva’s wide-ranging interview:

“We have started along a road that we ourselves chose. We’re aware that we will need to go through two or three parliamentary elections before we grasp all the pluses and minuses of the system. But we can already see that many things are beginning to work… the mechanisms are being improved.”

“We held the referendum to propose a parliamentary-based constitution practically on schedule, and we held a parliamentary election [in October 2010] in which an opposition party came first, something we never expected.

“That election was shown on TV, in the public eye, and it wasn’t rigged. It was the first clean, transparent and free election in Central Asia.”

“Now we have held a presidential election. Whatever they say about it, only 60 complaints have been filed, and they aren’t of the type that would affect the outcome.

“We’re now in the position of having done everything we promised. In the course of these reforms we had a lot of doubts and worries, but the people proved a lot more intelligent and profound than us. We worried about how the north and south [of Kyrgyzstan] would vote. But look how people voted…. Atambaev [from northern Kyrgyzstan] came first in Osh, second in Jalalabad and third in Batken [all in the south]. So people don’t think they need to vote for the local favourite.”

“I would hope we’ve moved beyond the point of no return; that the way we started out is now in the past. We must keep on moving forward…. I think we’ve been able to show that parliamentary democracy is possible in Central Asia…. I believe Kyrgyzstan will send out a message to the world that we’re making progress, that things are working and will continue working here.”

“This past year and a half was a period of crisis in which peace and order literally broke down and we found ourselves in a lawless envirornment – a burst of criminality, disorder and chaos…. After June [2010] we started restoring order slowly but surely. After June, security issues were the top priority and we worked on them on a daily, even hourly basis. I realised that security was more important to people than bread. It was the priority among all priorities, and we activated every resource to address it…..

“In January 2011, I declared war on crime. I believe we achieved solid results. There was a time when they [organised criminals] challenged us and said, ‘We’re as important as you are when it comes to ownership, and we can also be part in political decision making.’ They’d got used to this as the [old] regime was intertwined with them. We had to eliminate this criminality.

“We must pay the police their due; they proved up to the task. Around 200 bosses and members of organised crime groups were arrested. I believe we’ve cleaned up this area and also enhanced the police’s potential. But major tasks remain.”

JUSTICE AND RECONCILIATION FOR VICTIMS OF JUNE 2010 VIOLENCE

“History shows that decades may pass but retribution will still come. We’ve had a year and a half, and of course in the rush to restore peace, calm and stability, we weren’t focused enough.

“But work did get done. There were a lot of reports and investigations, including that of the Kyrgyzstan Inquiry Commission [foreign team commissioned by Otunbaeva; its tough findings were slammed as “biased” by other Kyrgyz politicians]. That was an achievement for Kyrgyzstan…. The commission’s findings contained invaluable truths.”

STEPPING DOWN AS PRESIDENT

“I can’t even say whether I’m sorry [to go] or not, because I agreed to this [limited] term in office right from the start. It was a moment of crisis, of joining forces, of taking the reins and moving forward. It fell to me to do this, and this year-and-a-half period was decided on.

“There were many who said we needed more – a three-year term. But I now believe a year and a half was right, otherwise the transitional period would have just gone on and on. Another 18 months would have passed and the country still wouldn’t have been out of this state of crisis.”

Political reform
Connect with us