Amid the worst violence to hit country since the end of the war, some are hoping the unrest will prompt real political change. 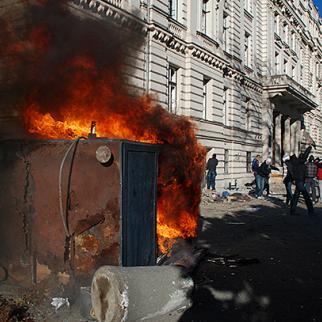 A security guard's kiosk burns next to the building of the Sarajevo Canton government. February 7, 2014. (Photo: Jim Marshall)

Amid the worst violence to hit country since the end of the war, some are hoping the unrest will prompt real political change. 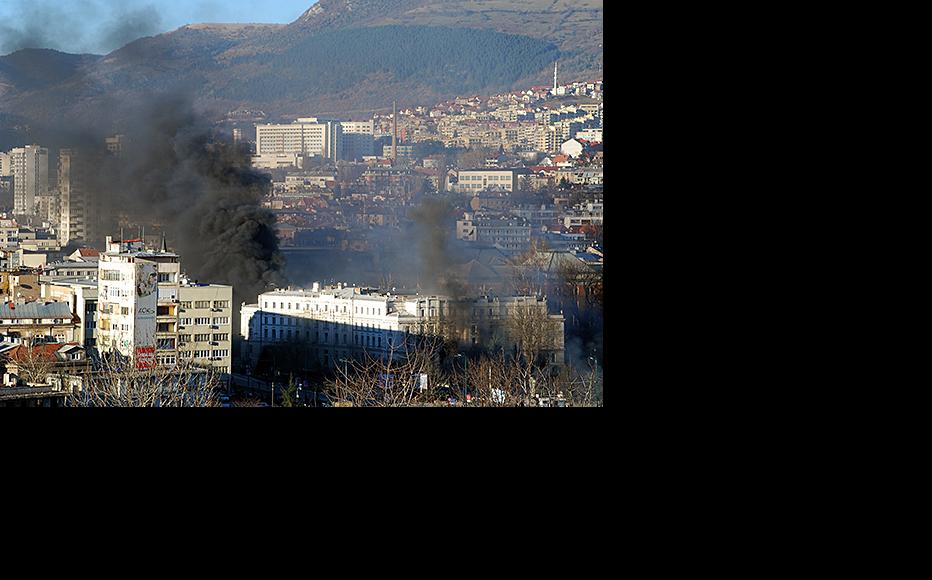 Fire takes hold in the building of the Centar Municipality in Sarajevo, February 7, 2014. (Photo: Jim Marshall) 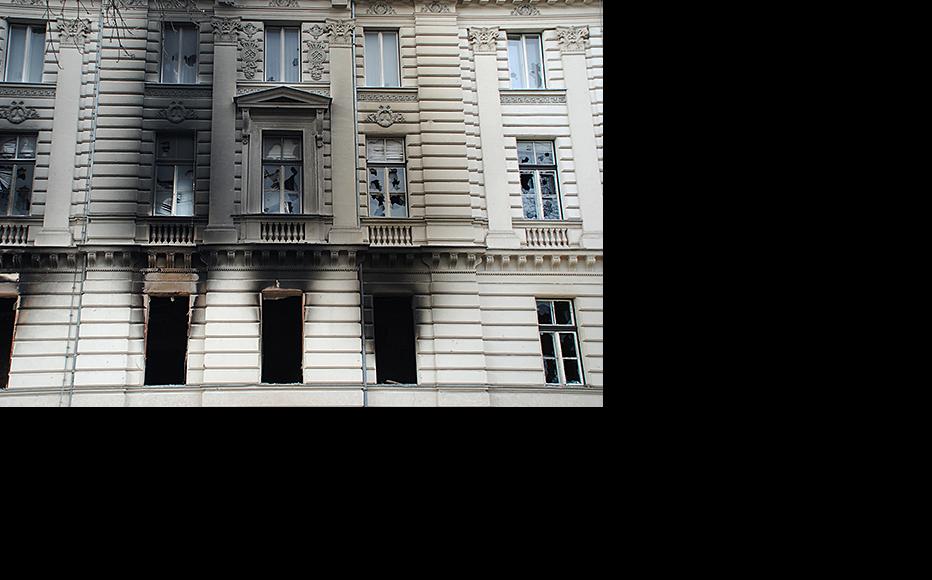 Building of the Sarajevo canton government, two days after it was damaged by fire. February 9, 2014. (Photo: Jim Marshall)
The link has been copied

I was in shock as I watched beautiful old buildings in central Sarajevo in flames during last week’s protests, like many people who lived in this city throughout the 1992-95 conflict.

Comparisons with the outbreak of war immediately came to mind as hordes of people screamed and threw stones at police protecting the buildings where Bosnian local and state institutions, including the presidency, are based.

After storming the buildings and getting inside, protestors threw furniture, files and papers out of the windows and then set the premises on fire.

What started earlier last week as peaceful demonstrations by unemployed workers in the town of Tuzla – one of the main industrial hubs in pre-war Bosnia – turned into the worst violence this country has seen since the end of the conflict.

Within a few days, the unrest had spread to other cities in the Federation, the larger of Bosnia’s two administrative entities, which is populated mainly by Bosniaks and Croats. The other entity created by the 1995 Dayton Peace Agreement which ended the war is the Serb-majority Republika Srpska (RS), which largely escaped the protests.

While most Bosnians sympathised with the protesters’ fury about unemployment and rampant corruption, as well as their demands for local officials to resign, they were taken aback by the violence, as government buildings in Tuzla, Sarajevo, Zenica and Mostar were set ablaze. Dozens of people were injured, most of them police officers protecting these buildings.

It is unclear who, if anyone, is behind the protests.

Officials from the two main political groupings in the Federation, the Party of Democratic Action and the Social Democratic party, quickly accused the opposition of hijacking the demonstrations in order to discredit the government and score points ahead of elections due in October this year.

Some accused Bosnia’s security minister Fahrudin Radoncic of failing to prevent the violence spreading and of allowing government institutions to be burnt down. In turn, Radoncic – a media tycoon – accused his opponents of doing nothing to tackle poverty and corruption in Bosnia.

For his part, RS president Milorad Dodik claimed that the international community was behind the demonstrations. He said their goal was to create instability which would justify increased involvement in the country’s internal affairs and the imposition of laws through the Office of the High Representative, an international body established to oversee the implementation of the Dayton accords.

Officials in Belgrade and Zagreb, worried that the unrest could spill into their own countries, appealed to Bosnia to solve its problems peacefully and vowed not to intervene.

What is certain is that Bosnians have many reasons to be unhappy.

The privatisation process that followed the end of communism and the 1992-95 war produced a handful of tycoons, but almost wiped out the middle class and drove the working class into poverty.

The official unemployment rate is about 44 per cent, although according to Bosnia’s central bank, the real rate is lower, at around 27 per cent, because many people work in the grey economy.

Adding to Bosnia's financial troubles, the European Union announced in December that it was to halve its financial aid because of the country’s lack of progress with reforms needed for accession.

The key question now is what happens next.

Only last month, I had a discussion with a foreign diplomat based in Sarajevo about the problems that have accumulated in this country over the years –staggering unemployment, widespread corruption, and highly inefficient government at all levels.

We were contemplating the forbearance of the Bosnian people and the lack of any serious protests expressing dissatisfaction with the politicians who are supposed to lead their country and solve their problems.

I asked the diplomat – who represents one of the strongest and most stable countries in Europe – why the international community was so passive on Bosnia, preferring to watch it fall apart from a safe distance instead of doing something about it.

The response was that not only was interest in Bosnia fading, but the international community was very much divided on what approach it should take.

“However, if people took it to the streets and we saw huge protests throughout Bosnia, then the international community would have an excuse to act and take a more active approach in solving Bosnia’s problems,” the diplomat said.

So perhaps these protests could mark a new chapter in EU's approach towards Bosnia.

Ahead of a meeting of European foreign ministers in Brussels this week, British foreign secretary William Hague said the EU needed to make more efforts to help Bosnia on its way to NATO and EU integration, and to end its political stalemate. These events should be “a wake-up call for the EU,” he added.

The worst scenario, which everyone is afraid of, is that social unrest could turn into inter-ethnic clashes and fling Bosnia back into civil war.

But observers say that if this does not happen and Bosnia maintains relative stability over the next few weeks until the protests peter out, everyone stands to gain from a new political atmosphere.

Although many local officials resigned over the weekend, protesters are now demanding the resignation of the whole Federation government as well. There does seem to be a consensus among all major parties that emergency elections would be the best solution. Since the Bosnian constitution does not make provision for such an eventuality, this decision would have to be made by the High Representative, Valentin Inzko.

These protests could provide the perfect opportunity for all major parties to put their own houses in order before the elections – whether these take place early, or in the autumn as planned – and get rid of those in their ranks who entered politics purely for personal gain.

Expert and more competent local governments could be formed and effective measures put in place to end corruption and the illegal privatisation of public companies.

If that happens, this Bosnian spring could be the best the country has seen in years.

Merdijana Sadovic is IWPR Regional Director for Western Balkans, and is based in Sarajevo.

Balkans, Bosnia and Herzegovina
Protests
Connect with us