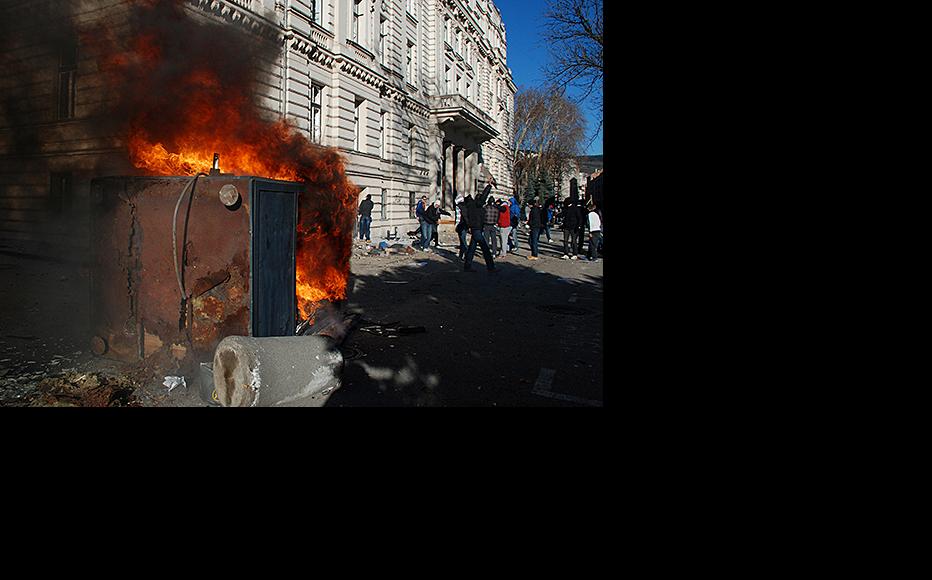 A security guard's kiosk burns next to the building of the Sarajevo Canton government. February 7, 2014. (Photo: Jim Marshall) 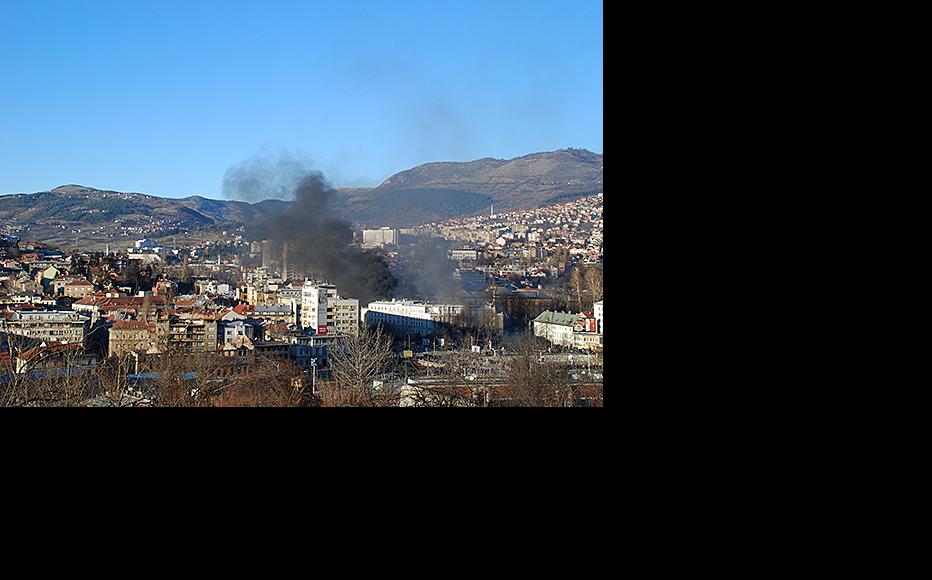 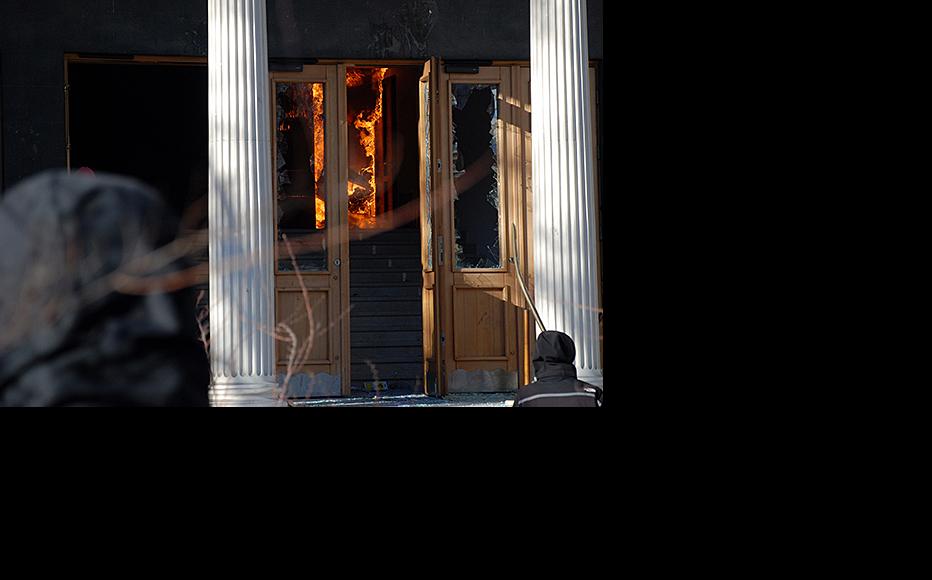 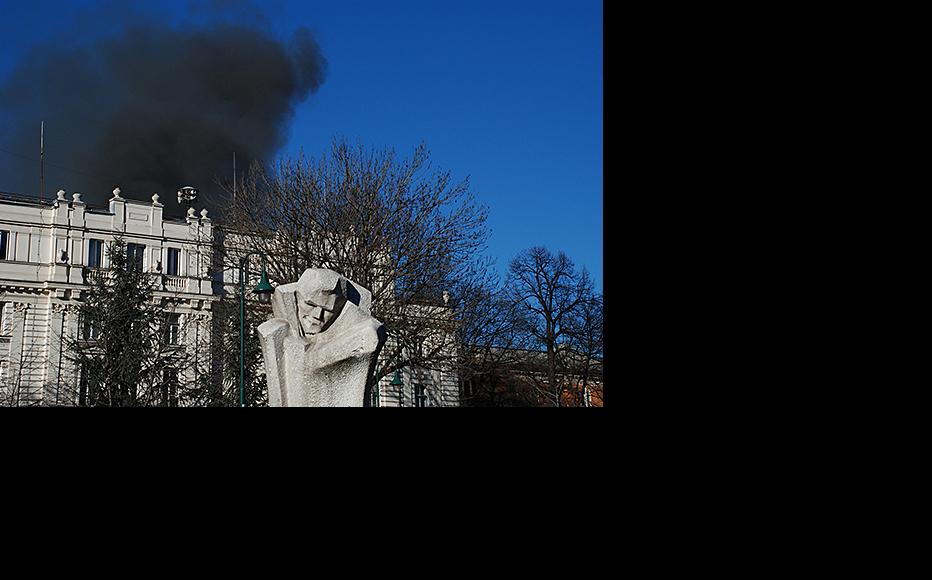 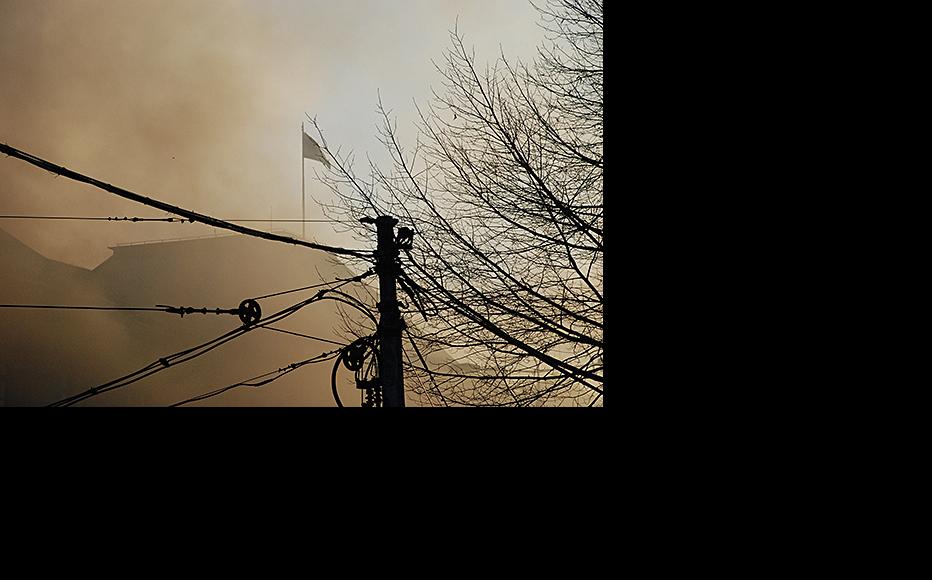 The flag of Bosnia and Herzegovina files above the burning Presidency. February 7, 2014. (Photo: Jim Marshall) 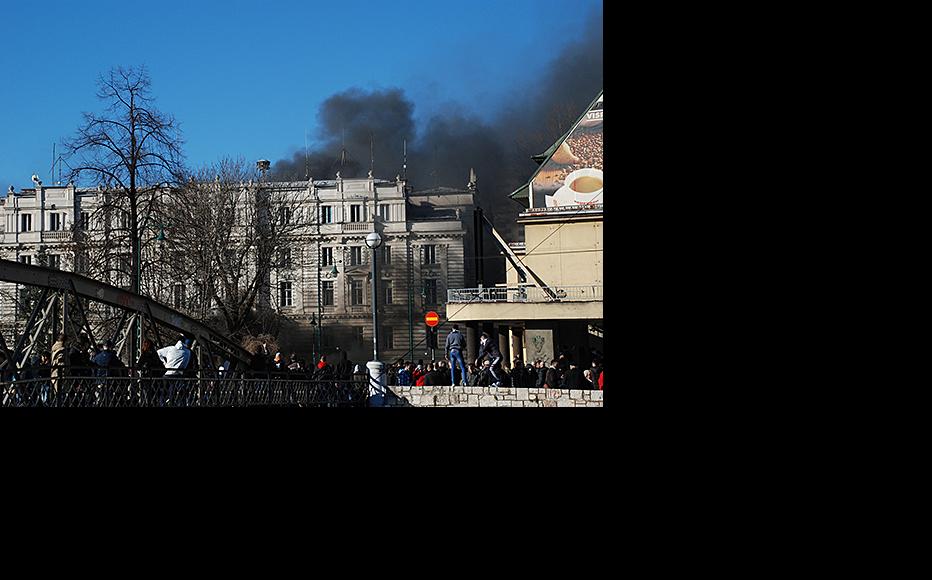 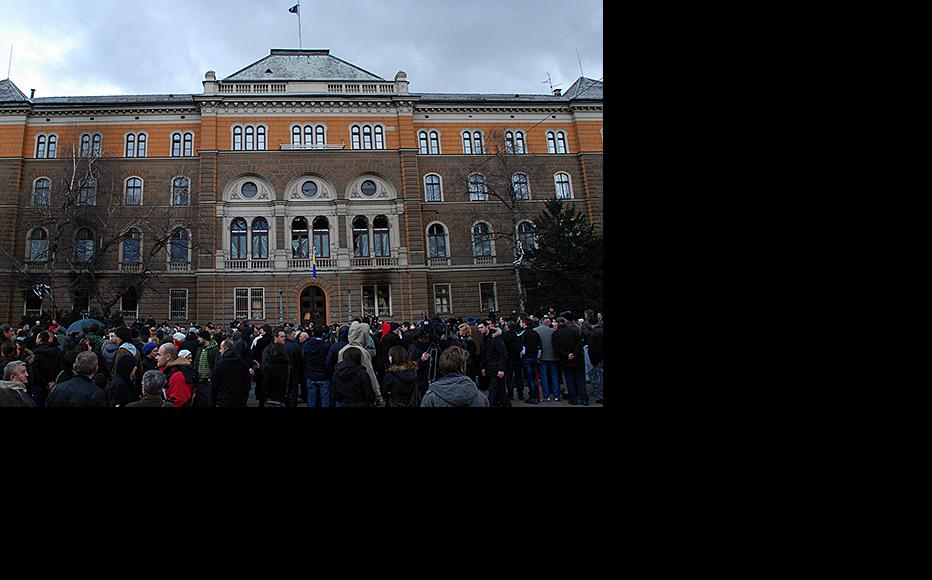 Protestors gather in front of the building of the Presidency of Bosnia and Herzegovina, two days after it was damaged by fire. February 9, 2014. (Photo: Jim Marshall) 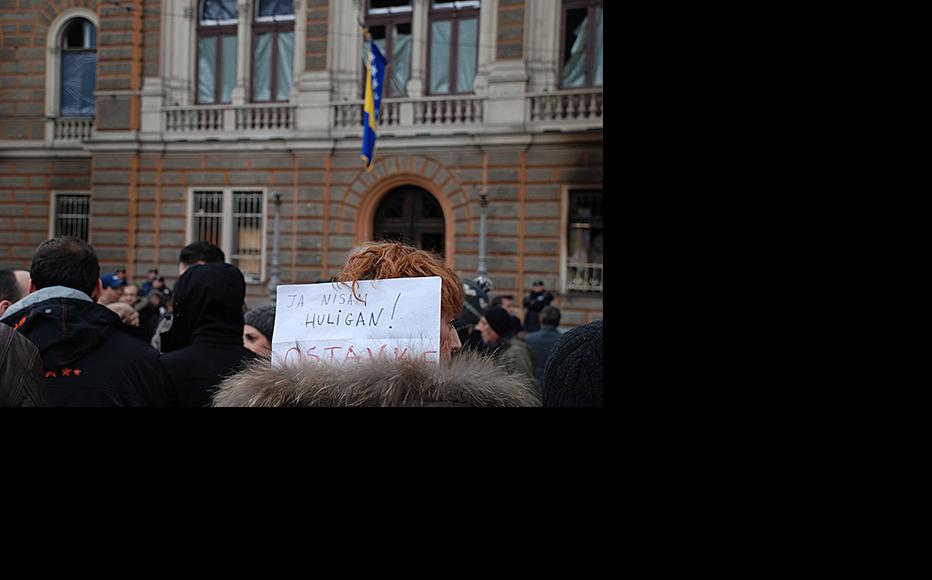 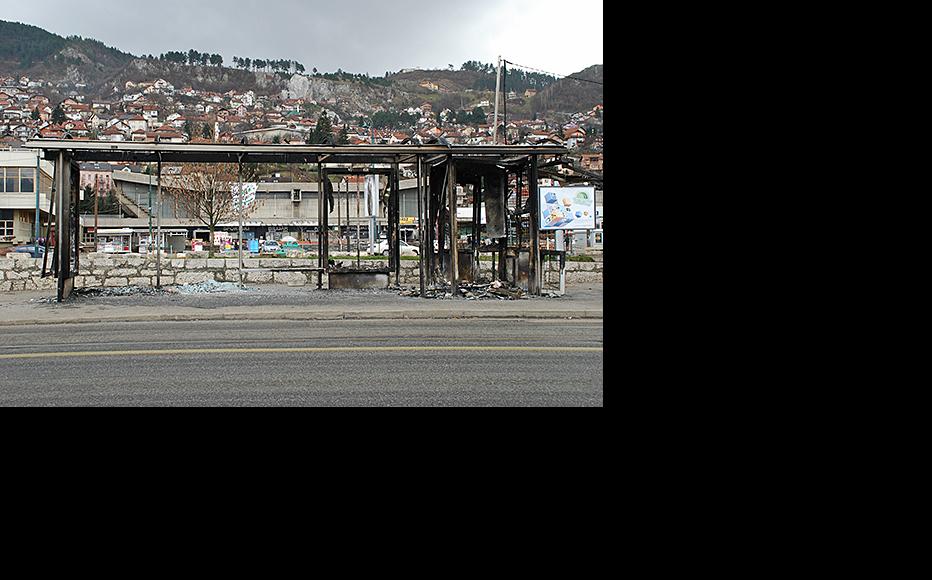 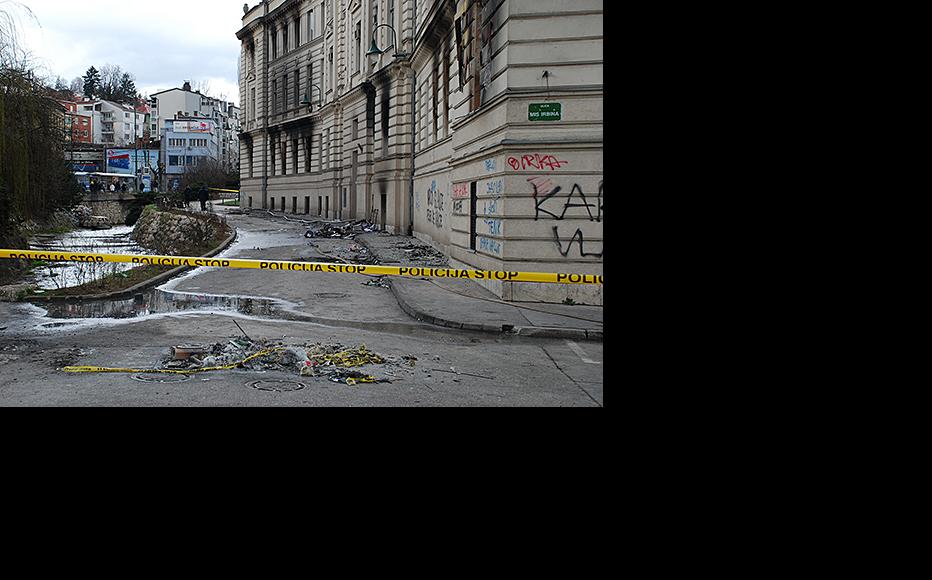 The building that houses the Sarajevo Canton and Centar Sarajevo Municipality governments, two days after it was damaged by fire. February 9, 2014. (Photo: Jim Marshall) 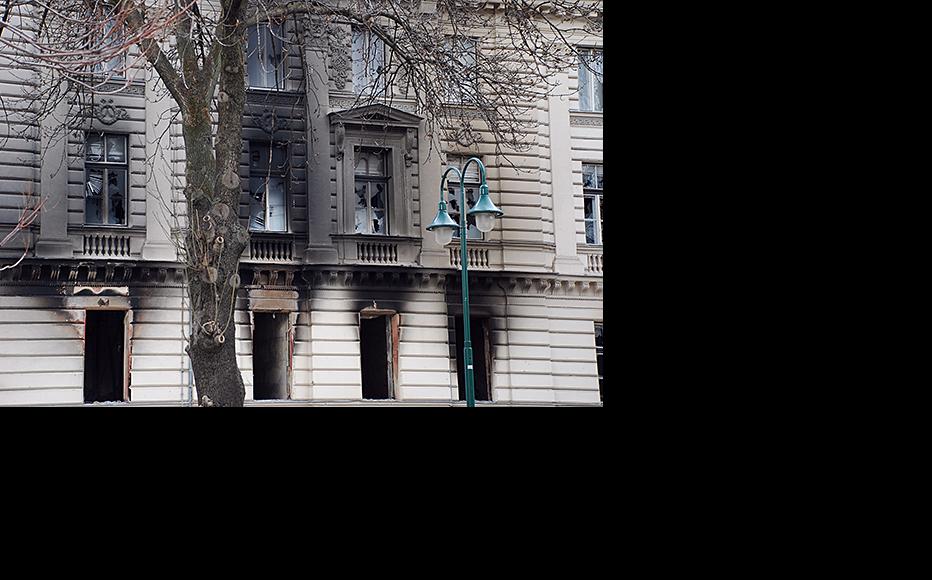 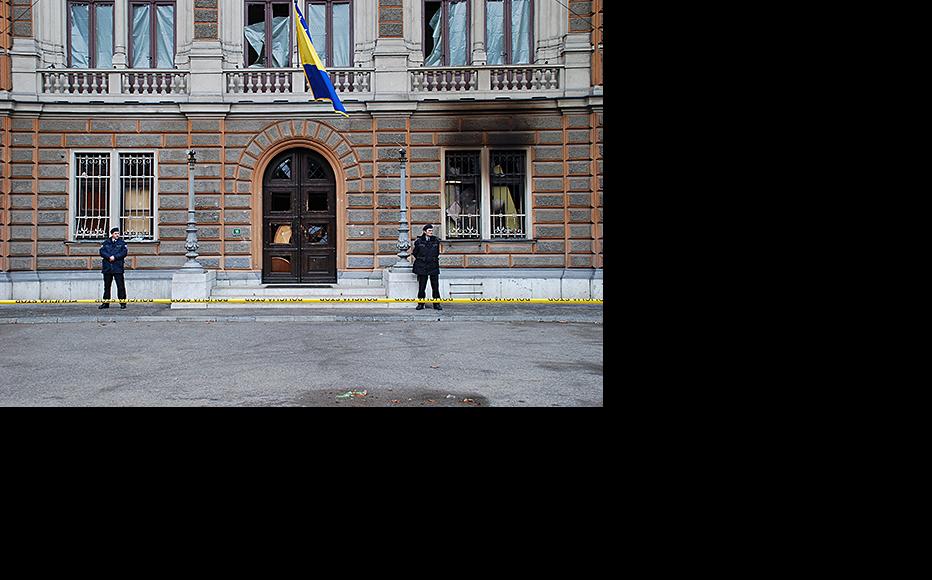 Police guard the entrance to the Bosnia and Herzegovina Presidency, with barricaded doors and fire damage clearly visible. February 9, 2014. (Photo: Jim Marshall)
The link has been copied

Anti-government protests in Sarajevo and other urban centres in Bosnia last week escalated into clashes between demonstrators and police. Crowds stormed a number of local and national government buildings and started fires.

The protests began among workers in the industrial town of Tuzla before expanding to other parts of the Federation (the bigger of Bosnia’s two entities), with a wider focus on government inefficiency, systemic corruption, botched privatisations and social injustice.

These images show damage caused during the protests in Sarajevo.

Photographs by Jim Marshall, a freelance photographer living in Sarajevo.

ICTY - International Criminal Tribunal for the former Yugoslavia
Balkans, Bosnia and Herzegovina
Protests
Connect with us