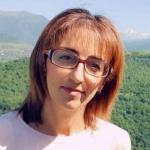 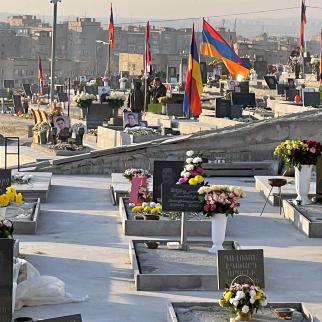 A military cemetery in Yerevan where Armenian soldier's are buried. © Armine Avetisyan

No prospect of running water exacerbates problems of long-suffering residents. By Gayane Mkrtchyan in Bagaran 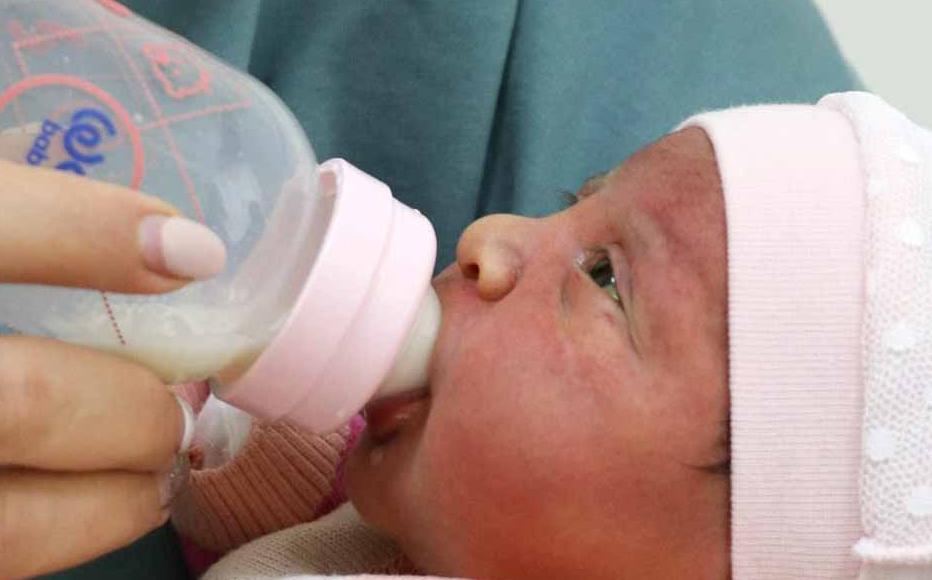 High migration and low birthrate are the key causes of Armenia's depopulation. For the first time since 1998, in the first quarter of 2022, the number of deaths registered exceeded the number of births by 609 people. © Gayane Markosyan
The link has been copied

At Zvartnots, Armenia’s main international airport, hundreds of Armenians board the scores of daily flights heading to Russia. The groups, mostly made up of men, head north looking for jobs and stability, feeding a migration flow that is one of the causes of the South Caucasus nation’s most pressing issue: population, or rather the lack thereof.

“It is difficult to find words to describe the demographic situation… it is extremely difficult,” said Vanik Babajanyan, the head of Demographic Development, an NGO that monitors Armenia’s population trends.

The shrinking population has long been a concern in Armenia. Estimates show that the South Caucasus country has lost about 611,000 people since gaining independence in 1991, when it had nearly 3.6 million citizens.

The country’s complex socio-economic situation, intertwined with the conflicts that have scarred its post-independence history, slowly emptied its territories.

Wars between Armenia and Azerbaijan over the Armenian-populated region of Nagorny Karabakh have had a lasting impact over the country’s demography. As tens of thousands died in the armed conflict of the early 1990s, fewer children were born in that decade. Those who were born are now getting married, but as a relatively small group they will have fewer children than previous generations, analysts note.

“The 1990s generation is entering the marriage age, so we expect that the birth rate would decline. However, our forecasts indicated that the Armenian population had the potential to grow until 2025-2026,” said Artak Markosyan of the Armenian Institute of International and Security Affairs.

The armed conflict in late 2020 disrupted the forecast. Nearly 4,000 Armenians were said to have died as a result of the 44-day war. The outbreak of violence also led to a shift in the de-facto border, along which the security situation is volatile.

Emigration, largely to Russia, has provided an escape route.

“Amid uncertainty and instability, people prefer to raise children in places where they see their future and where they want to continue to live,” said Anna Hovhannisyan, UNFPA Armenia’s population and development project coordinator.

"We are an aging nation, which will create serious problems."

Armenia has been suffering from a fall in population ever since the breakdown of the Soviet Union.

“Emigration has always been our biggest problem,” Markosyan said, highlighting the fact that many emigrants are of reproductive age. “We are losing our demographic potential, which is very serious. But, until now, the birth rate has always been higher than the death rate.”

Although the rate of emigration has slowed since 2018, and was put on hold in 2020 when borders were closed due to the pandemic, it has begun to grow again. According to the National Statistics Committee of Armenia, in 2021 73,000 more people with Armenian passports left the country than entered it. It is the largest difference in the past decade, accounting for about 2.5 per cent of the country’s entire population.

Armenia’s economy shrank by 7.4 per cent in 2020, according to the World Bank. It rebounded in 2021, but families on low income had drained savings and thousands were left with no alternatives other than leaving. Officials have long insisted that the bulk of migration is seasonal, but data suggest that many leave, to never return.

Babajanyan expected that the number of people leaving the country would increase following the 2020 conflict, as was the case after the war in the early 1990s. However, that only increased the difficulties for those who remained in terms of building and defending the country.

Armenia also has an aging demographic, with people 63 and over constituting about 15 per cent of the country’s permanent population of 2.9 million in 2021.

“We do not need just numbers, what we need is a gender-age ratio that will ensure the social and economic development and security of the country. We are an aging nation, which will create serious problems for the state in terms of increased spending on social protection,” said Babajanyan.

Internal migration poses a danger too as the flow from the regions to the capital continues. Statistics indicate that the number of children per woman in rural communities is lower than in urban areas. Reversing this trend will not be easy.

“Today, the priority is to improve the situation in terms of security,” Markosyan said. “Surveys show that it is much more important than social and economic factors, living standards and many others [in terms of driving migration]. Ensuring a safe environment will immediately improve all other indicators.”

On September 21, 2020, prime minister Nikol Pashinyan presented his vision of post-revolutionary Armenia, claiming that the population of the country must reach five million by 2050.

The premier joins a line of politicians who have tried to reverse Armenia’s demographics: in 2017, President Serzh Sargsyan announced the “difficult but achievable” goal of increasing the population of Armenia up to four million by 2040.

Such visions seem unrealistic today, according to Babajanyan.

“The pandemic and the war have driven us far away from this vision of our population growth,” he said.

The government of Armenia has been trying to improve matters. For example, from January 1, 2022, it increased the amount of financial assistance following the birth of a third child, with families eligible for 50,000 drams (125 US dollars) per month for the next six years.

It also launched the Rural Women's Support Programme, which provides mothers, regardless of their occupation, with childcare benefits until children turn two, with double the amount of assistance for those in rural areas working outside the home.

And on June 9, the government approved another scheme that will provide support to families who want to build houses in border settlements.

However, experts doubt that money alone will solve the problem.

"Gender equality in childcare will be helpful in improving the demographic situation."

“We need a systemic approach [that involves] the simultaneous consolidation of all efforts - the central and local governments, public and media sectors,” said Babajanyan.

According to Hovhannisyan, not all measures necessary to improve the demographic situation require large financial investment.

“For example, gender equality in childcare will be helpful in improving the demographic situation, when a parental leave is granted equally to both fathers and mothers,” she said.

As a mother herself, Hovhannisyan stressed that the lack of after-school care in most Armenian schools and the short working day in kindergartens created many challenges for working parents.

“It would also be helpful if kindergartens admitted younger children and matched their working hours with the eight-hour working day of the parents,” she said. Such minor but essential interventions could have a direct impact on the demographic situation, she argued – and was something she had raised regularly with public agencies.

Right now, experts warn, the country needs to act to prevent the quarterly decline from turning into an annual one