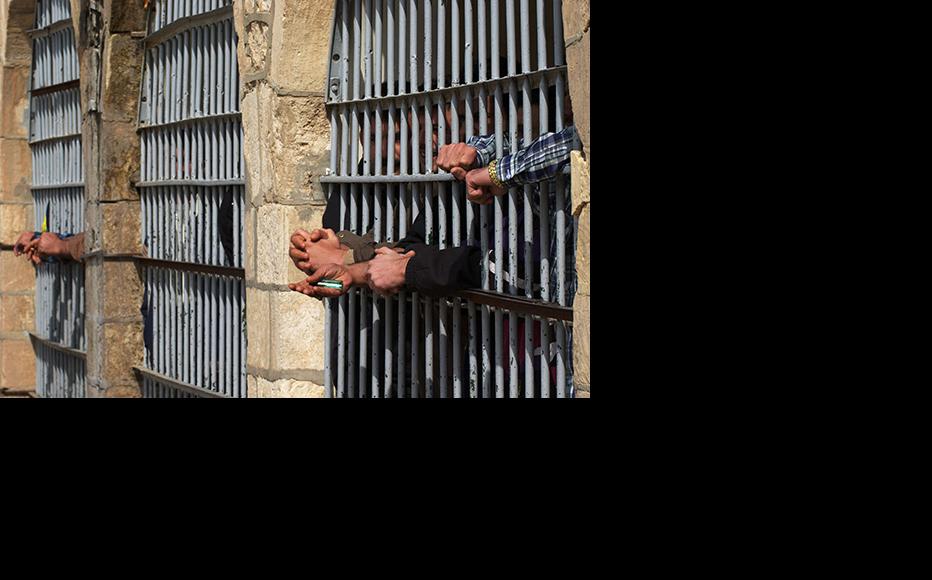 Officials in Badakhshan warn that the province’s jail is so dilapidated that the building is in imminent danger of collapse, putting the lives of its more than 400 inmates at risk.

Plans have been underway for a new prison for the last six years, but repeated delays mean that building work is yet to be completed.

“We are worried that if snowfall increases this year, or there’s any other severe weather event, all the prisoners – more than 400 – are in danger of losing their lives,” he said.

His colleague Sidiqullah Omari agreed, adding,  “The rooms in Badakhshan prison are completely worn out, damp and not fit to live in. If rainfall increases this year, many of these rooms will collapse over the prisoners’ heads.”

As well as the danger of the building itself collapsing, prisoners say they have to live with deteriorating conditions day-to-day.

Overcrowding is a particular problem, said Abdul Maroof, who is serving a sentence for drug trafficking.

“This prison has 20 rooms, some large and some small,” he explained. “Thirty to 40 people live in each large room and 18 to 22 people live in the small rooms.”

Another prisoner, Shahpoor, said that there were only five single beds in each of these small rooms. This level of overcrowding meant that illness was rife, especially in the cold winter weather.

“If someone is suffering from a contagious disease, it will spread to all the prisoners because there is no way to prevent it,” he continued.

Nazifa Zaki, a Kabul lawmaker in the Wolesi Jirga, or lower house of parliament, recently visited Badakhshan as the head of a delegation from the parliamentary defence committee. She said that the conditions she had found were concerning.

“The prisoners are in a bad state, they live in a ruined building unfit for human habitation,” she said. “It’s true that if someone has committed a crime and has been found guilty by the courts he must be punished, but from a human rights viewpoint the prison of Badakhshan is not a suitable place for detainees to live.”

Zaki urged Badakhshan officials to take action to improve the prisoners’ situation, noting that conditions were even worse for female inmates.

Some of those in the women’s section of the prison  - where inmates are allowed to keep their young children with them - told IWPR that they lacked basic facilities such as fuel for heating and warm water for washing.

A female prisoner who asked to remain anonymous said, “In this cold weather I bathe my children with cold water. It’s alright for [grown-ups] but we are worried about our children’s lives.”

Visitors to the prison also said that their relatives were facing harsh conditions.

Ahmad Fawad, a resident of Shahada district, said, “My brother’s wife is imprisoned there, and due to the lack of facilities we brought her some clothes and blankets from home so as to save her from the danger of the cold.”

In March 2011, a contract to build a new prison was signed with Sharkat Bradaran Kofi, a construction company belonging to member of parliament Maryam Kofi. Technical problems apparently delayed the start of building work and construction on the 20 acre site did not begin until March 2013, according to Afghanistan’s General Directorate of Prisons and Detention Centres (GDPDC).

Officials in Badakhshan’s department of finance said that in 2014 the cost of a new building was estimated to be 2.8 million dollars. Due to the lack of progress, funds had been transferred from one year’s budget to the next.

According to Badakhshan’s development budget, in 2015 1,233,566 dollars were allocated for the building of the new prison. A further 384,420 dollars were transferred in 2016 and the current year’s budget includes 771,689 dollars for the construction of new prisons’ building.

“There is no separate budget for building a prison each year,” explained Atau llah Siddiqui, head of development in the provincial finance department. “It’s just the same budget from the previous year transferred to the next year, due to the work’s lack of completion.”

Omar, the prison officer, said that according to the GDPDC the new building should have been complete in June 2017.

Numerous complaints had come to nothing, he continued, and neither the GDPDC, the local government nor the contractor had any updates for them. Omar said he believed that at this rate construction would not be finished for another year.

The deputy governor of Badakhshan, Gul Muhammad Bidar, said that they had made a formal complaint to the GDPDC about the delays.

Bidar said that his office had repeatedly raised the issue with Sharkat Bradaran Kofi, but had been told work was stalled due to a lack of payment by the interior ministry.

Since the ministry itself had awarded the contract, he explained, the Badakhshan local government lacked the authority to terminate the agreement.

Under Afghanistan’s procurement law, contractors who fail to carry out their work in accordance with the agreed terms and conditions are liable to be fined for any delays.

However Kofi, the director of Sharkat Bradaran Kofi, said that the interior ministry had failed to transfer the necessary funds to them, causing the ongoing delays.

“We have completed 85 per cent of the work on the prison,” she said. “The duration of the contract to complete the construction was two years and some months, but the ministry of interior has delayed the payment of each installment by seven or eight months and has still not paid the last remaining installment of 800,000 dollars.”

The interior ministry did not respond to questions about the specific issues with the construction of the new prison building. Its spokesman Najib Danish said that he had no information about the Badakhshan prison contract. In the meantime, he continued, the ministry intended to transfer the prisoners to a more suitable accommodation in Faizabad city.