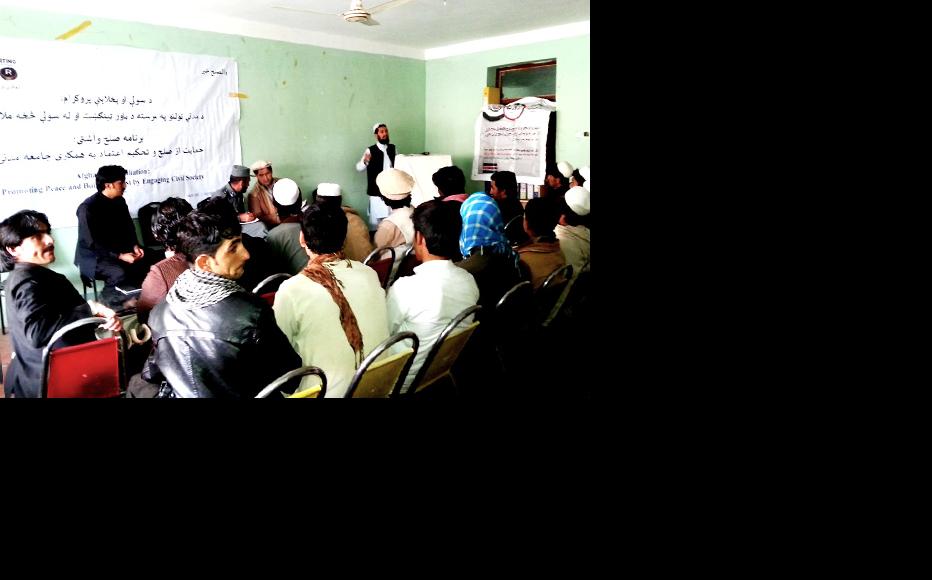 IWPR debate in Khost province, November 2015. (Photo: IWPR)
The link has been copied

The Afghan government needs to tackle fundamental issues like poverty, unemployment and under-development in tandem with formal peace efforts, according to speakers at IWPR debates this month.

During one debate held in the Nadir Shah Kot district of Khost province in southeastern Afghanistan, speakers said that more jobs were needed so that young men would have an alternative to violence.

Naqibullah Seyal, the head of an NGO called Qalam, said that the government needed to show it cared about the nation’s future by investing in development. He highlighted unemployment as a driving force behind radicalisation.

Intelligence chief Hayatullah agreed, pointing out that most insurgents in the area were local rather than foreign nationals.

“These are unemployed people who have no alternative options, so they join the insurgents,” he said.

Political analyst Saifullah also said that the government should focus on development projects, as well as ensuring that properly-qualified officials were appointed to positions of responsibility, and applying the law equally to all citizens.

In various debates, opinions differed on how much of a role the international community should now play. At one event in the Gilan district of the southeastern Ghazni province, some said foreign states should not shirk their responsibility for rebuilding Afghanistan. Political analyst Asadullah Zir said that war had been imposed on Afghanistan, so the United States and regional powers must contribute to ending it.

The discussions also touched on the role of the High Peace Council, the body tasked with negotiating a settlement with the Taleban

“When there is arbitration between two parties, the intermediaries should be people who are acceptable to both sides,” he said. “These are the kind of people the government should bring into the peace council.”

A member of the Laghman branch of the High Peace Council, Maulavi Abdul Ghafur Khumaini, called for wider public engagement in the campaign for peace.

“Voices against war should be raised at every gathering, in every school, and from every field, pulpit, and madrassa,” he said.