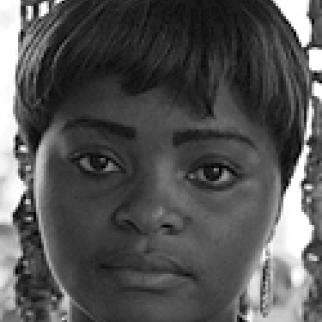 I was born in Goma, in the east of the Democratic Republic of Congo, DRC, in April 1984. I grew up and studied there. My family comes from South Kivu, a region prone to militia violence.

Because of this insecurity, poverty has increased in the region in the last decade and the population has become more and more vulnerable, particularly women and children. I come from a big family of 12 children, seven girls and five boys, and I am the eldest.

I have worked as a journalist in Goma for the past seven years. I began my career by doing internships at local radio stations in the city, including Radio Grands Lacs and the Radio Liberté. For a time, I also worked in television. After that, I was hired by Syfia Grands Lacs, a Belgium press agency which works with local journalists in DRC, Rwanda and Burundi. In June 2010, I became an IWPR reporter, producing radio and print reports on subjects such as the rule of law, reconciliation, justice, human rights and women's rights.

I wanted to become a journalist because where I come from there was almost no female reporters. Therefore, women could not make their voices heard despite all the injustice and human rights violations they have to endure. I admired good journalists and found the job fascinating but also wanted to expose wrongs and to bring about change.

What has been most beneficial for me has been the training I received in radio production and also my internship in The Hague, where I was able to work closely with IWPR journalists and get a better understanding of how the International Criminal Court works. I was especially pleased to be able to produce reports on the Bemba trial and to know that these reports were being read by an international audience. 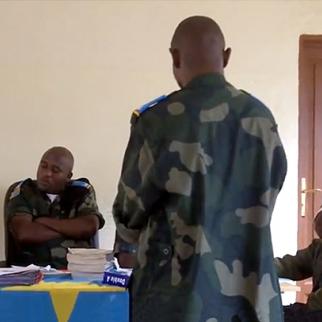 A mobille court in Walungu convicted four members of the Congolese military of war crimes and crimes against humanity. (Still from a video by Passy Mubalama) 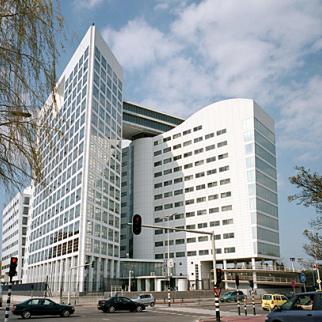 Law ignored in favour of traditional view that wives have no right to husband’s property. 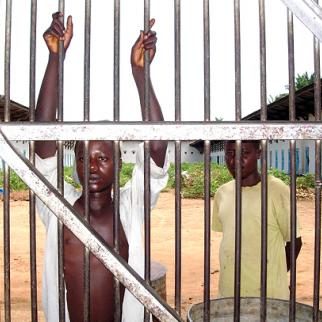 Two inmates at Osio prison near Kisangani await the outcome of an appeals court decision in May 2006. (Photo: Hugo Rami/IRIN)

The ICC Up Close

IWPR trainee who reports on ICC-related issues in eastern DRC pays visit to The Hague to witness firsthand the trials she follows back home. 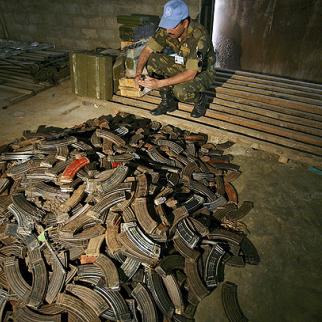 Poverty forces thousands of children into taking on exhausting and dangerous work. 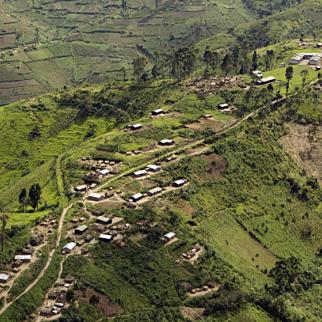 An aerial view of the Masisi region, scene of a recent case of mob justice. (Photo: UN Photo/Marie Frechon)