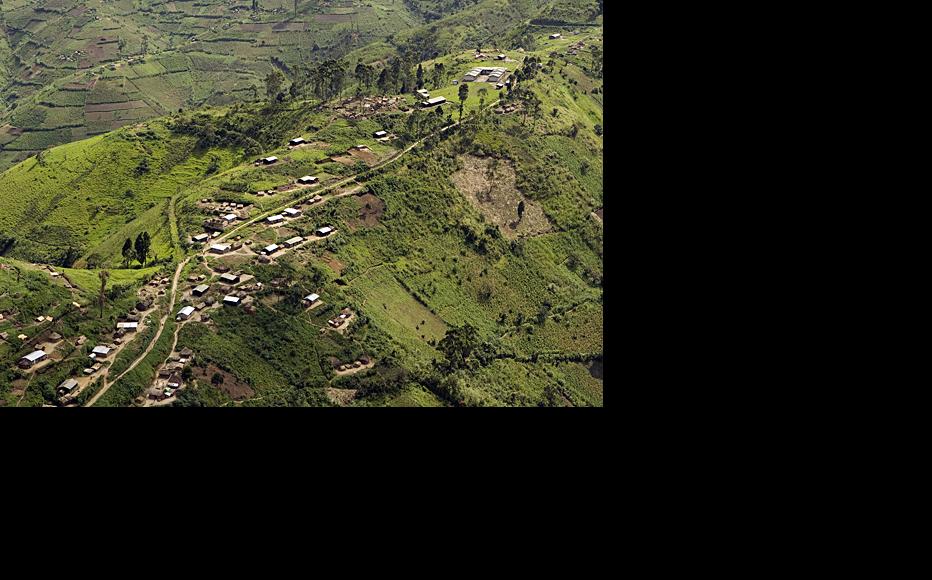 An aerial view of the Masisi region, scene of a recent case of mob justice. (Photo: UN Photo/Marie Frechon)
The link has been copied

Recent cases of so-called mob justice in which suspected criminals were beaten to death by angry crowds have alarmed the authorities in North Kivu.

Observers say that the legacy of war has made people in the region distrustful of the authorities, and blame widespread corruption for leaving many lacking confidence in the judicial system.

On September 9, a man identified as Kalum Kaludji and thought to be an armed robber, was killed by residents who apprehended him as he was coming out of a house he had broken into in Mabanga district, south Goma.

A week later, some 70 kilometres outside Goma in the Masisi region, a man was killed in similar circumstances, and another incident in July in the neighbourhood of Kasika, in the Karisimbi district of Goma, left five people dead.

According to eyewitness Katabs Assumani, an armed gang attacked and killed two men at in Kasika at about 2 am on the morning of July 13.

“Alerted by the noise and screams of the neighbours and other family members, soldiers from the FARDC (the Congolese armed forces) arrested two of the armed men who were trying to escape,” Assumani said.

“The locals were angry, because they thought the police were trying to protect them. They asked the police to surrender the two men so they could apply their own justice to retaliate for the death of their neighbours.”

After the police refused to surrender the men, the crowd started to throw stones at the officers and in the ensuing chaos managed to capture one of the suspects.

“To scatter the crowd and regain control of the situation, a FARDC officer fired into the population, killing two civilians,” Musubao Muhindo, another resident of the neighbourhood, said.

Bazenge Batunwabi, the provincial police inspector, confirms that a FARDC officer fired on civilians, adding that this matter has now been referred to the military prosecutor’s office.

Victorine Muhima, Kasika’s neighbourhood chief, said that, following the shooting, members of the mob killed the captive man before setting his body on fire.

Some see such incidents as a natural consequence of life in a post-war country where few people have faith in official institutions.

“If you bring someone to justice, he is going to get out of jail because he will bribe the state,” Clovis, a resident of Goma, said. “The authorities are sleeping. That is why people have decided to take charge. The population is angry. You work and then someone comes to reap the fruit of your effort and nothing is done. It is this anger that makes the population hot-tempered.”

Police inspector Batunwabi agrees that something must be done about corruption, but says that is not the only problem.

“We are rebuilding this country so we can catch up other African nations. But North Kivu remains in a post-conflict situation and there are still things that go against the law. We have to deter these kinds of practices since we want to live according to the rule of law.”

Mob justice was not the answer to the problems facing the justice system, he said, adding, “It is not the task of the population to take justice into its own hands. They should instead trust justice and wait for it to take its course.”

François Tuimbaze Rushongoza, the provincial minister for human rights, also said that the public could not bypass the judicial system, despite its deficiencies.

“These acts of the population are a form of revolt against the bad administration of justice,” he said. “[But] it is not acceptable that the people act in this way.”

Augustin Bamoisie, from Bukavu, which lies 200 km south of Goma, has first-hand experience of the dangers of vigilantism.

“I was coming back from a visit to my friends around 7 pm and I did not know people were looking for a thief in that neighbourhood,” he recalled. “All of a sudden I was attacked by a group of people, who immediately roughed me up. My life was saved by a policeman who was patrolling the area and I was then brought to the hospital.”

Alarmed by such incidents, the authorities have started taking steps to counter the trend.

“If there is any evidence of corruption or abuse, the population must inform the [official] hierarchy so as to enable it to enforce the law,” François Tuimbaze Rushongoza, the provincial minister of justice, said.

Batunwabi, the provincial police inspector, said that he is urging police officers to take better care of cases that they are dealing with, in order to restore confidence in the justice system.

“We must deter this kind of [mob violence],” he said. “We are not in the jungle but in a country, a society that is organised and has democratic institutions. The population must trust these so that peace prevails.”

Mwene Batende Dufina Tabu, president of the Association of Volunteers, ASVOCO, which campaigns for human rights, said, “We must educate the population about human rights and teach them to trust justice, since mob justice is forbidden by law.”

“During our security meetings here at the level of the neighbourhood, we try to raise awareness among local authorities so that they can explain to the population the damaging effects of mob justice,” she said.

One resident of Kasika, who spoke on condition of anonymity, said that vigilantism threatened law and order in the country.

“If the population takes justice into its own hands, this is a sign of weakness of the justice system,” he said. “And, if the police are not careful, this form of mob justice could one day turn against them.”

Democratic Republic of Congo
Connect with us