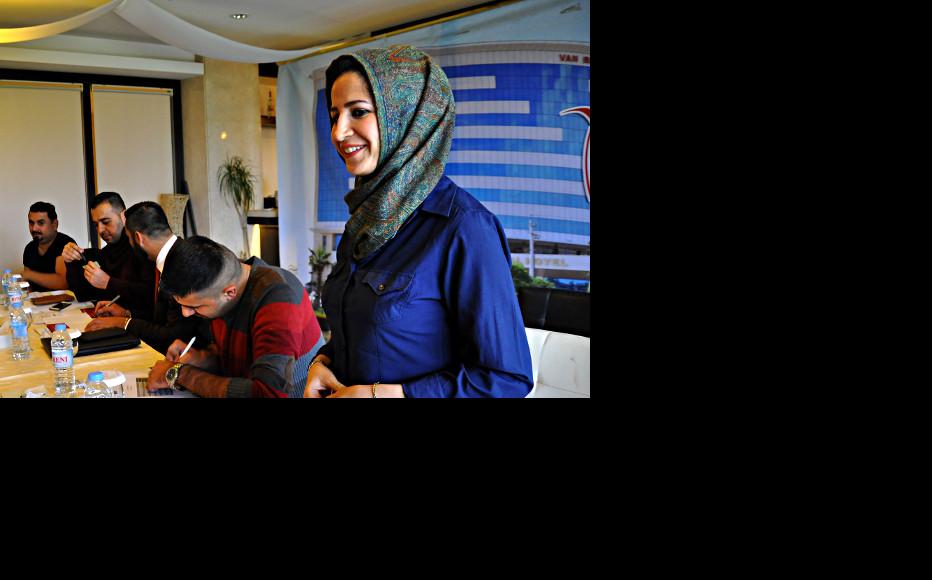 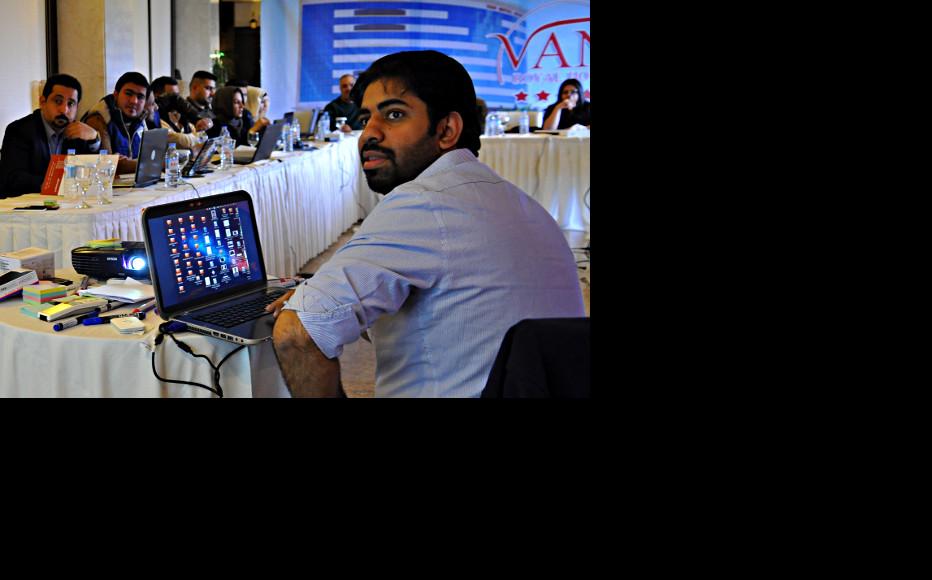 Social media are a powerful tool for advocacy and accurate news anywhere, but especially in Iraq, where continuing conflict on the ground engenders so much propaganda,  misinformation and uncertainty.

To boost social media skills among civil society activists and journalists, IWPR invited 63 of them to attend an intensive training course in Erbil on December 14-19.

“Despite the uncertainties of today’s Iraq, we believe that now is the best time to strengthen the media and civil society sectors, and to equip them to face up to the challenges,” said Nabil Khoury, IWPR’s Iraq Programme Manager.

From different parts of Iraq and varied backgrounds, and with a range of interests and issues to champion, the trainees sharpened their journalistic skills on how to create proper content and optimise it for successful sharing on social media platforms.

As part of a new project called “Baladna Tariqna” (“Our country, our path”), the participants attended three intensive courses in social media strategy, multimedia production and digital security. They learned how to use technology like mobile phones to craft powerful messages and disseminate them strategically, while safeguarding both data and accounts from online threats.

Sanaa Kadhum Karim, a PR officer with the United Nations Assistance Mission for Iraq, said the training was an eye-opener for her.

“My job is working with social media but I had no idea about how to strategise and optimise a plan to influence a wider audience,” she said. “So I learned a lot on the course and improved my knowledge of how to use the Twitter and Facebook platforms in a meaningful way. One of the problems we have here in Iraq is that we often use social media in the wrong way.”

Amir Jabbar al-Saedi, an academic and political commentator who works for the Iraqi Forum for Development and Democracy, said that all too often when new media training courses were conducted, a “neglected” but important class of people aged around 50 were shut out.

“That’s mainly because most of Iraq’s population is young – and they often know about using new media and integrating new technologies,” Saedi explained.

“Let me make it clearer – I know many members of the Iraqi parliament who have no idea how to use social media. Some of them even don’t have email accounts. That could be dangerous, since they are supposed to be the cream of society and to represent the people, yet they have no idea what’s happening in the world.”

“Before launching any campaign, the starting point is knowing where you exactly want to reach. Based on that, you need to craft your message and then decide which media tools to use,” he said.

Commenting on the lack of media awareness in Iraq, Osman said social media were currently used “mostly for entertainment and for deepening the sectarian divides.”

Osman sees training courses of this kind as a way of empowering civil society groups to the make the best use of social media and “at least defend themselves against extremist groups like Islamic State”.

The 63 trainees will now take part in a two-month-long competition to produce social media content that reflects society’s needs, that makes the public more informed and aware, and that counters terrorism and extremism.

As one person said during the closing ceremony, “We need to create the change”.