Discussion raises shared challenges faced by those in occupied territories.

Discussion raises shared challenges faced by those in occupied territories. 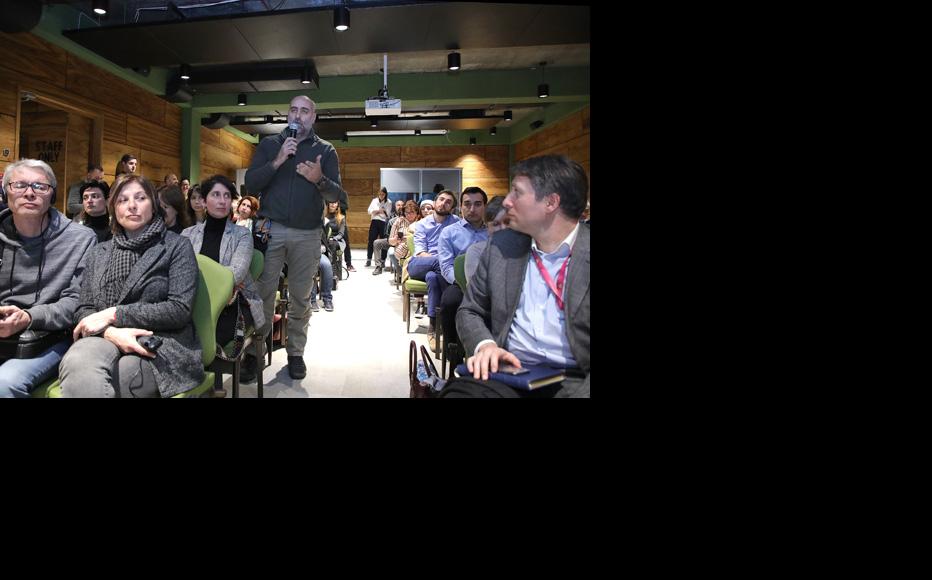 David Katsarava, a leader of the Anti-Occupation Movement, asks a question at the event. (Photo: Davit Mdzdinarishvili) 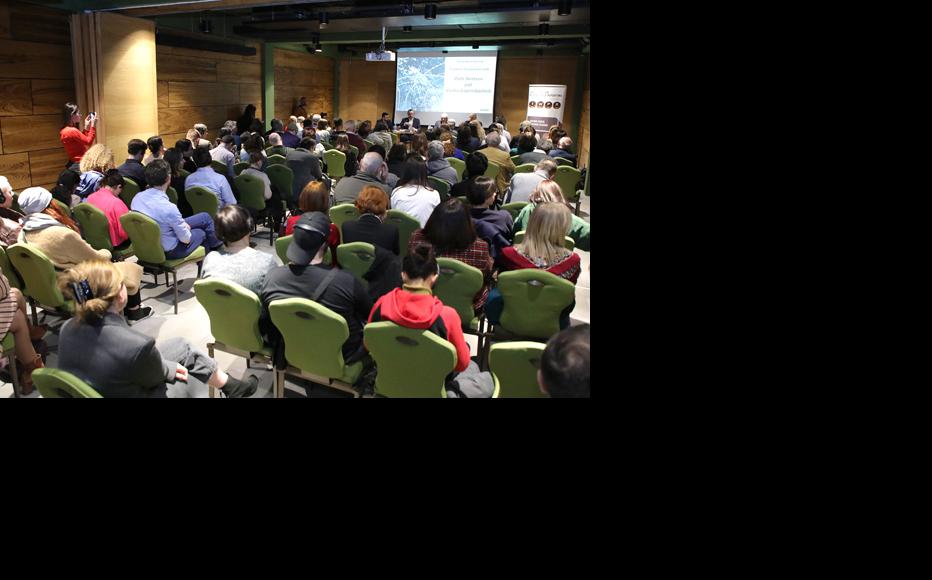 Event was held in Tbilisi on 21 February. (Photo: Davit Mdzdinarishvili)
The link has been copied

The plight of the hundreds of Georgian and Ukrainians illegally held by Russia was highlighted at an IWPR event in Tbilisi addressed by former detainees themselves.

The meeting aimed at fostering a wider discussion around the respective conflicts and create more effective strategies for defending the rights of those affected.

Georgian doctor Vazha Gaprindashvili was imprisoned for 50 days in South Ossetia for supposedly crossing the border illegally. He said that this was a tactic Russia used to intimidate Georgian citizens.

“There were four other detainees in Tskhinvali prison with me for crossing the border illegally; later the number increased to six,” he recalled. “One Georgian citizen, Bestaev, was sentenced to two years for illegally crossing the border, which he struggled to understand because he actually lives at the border. He was taken to prison from his home and could not prove that he did not break any laws.

“I think that these arrests are intended to intimidate people and impede direct person-to-person communication, because in general, there are more Ossetians crossing the so-called border than Georgians, and in private conversation all of them say that they want to restore the relationships they had [before the wars],” Gaprindashvili concluded.

Ukrainian film maker Oleg Sentsov spent five years in detention after being handed a 20-year sentence for planning terrorist acts. He was released in a 2019 prisoner swap.

Sentsov stressed that the problem of those held illegally by Russia was not widely enough known.

“I started a hunger strike because I wanted to attract the attention of the international community about the other prisoners who were kept in detention with me,” he continued. “There was always enough attention paid to me, but as for other detainees they lacked it and I realised that I should do something to draw more public attention.

“At the time of my detention there were about 64 Ukrainians detained and since then 35 were released. Today, there are about 100 prisoners, 76 of them are Crimean Tatars. We have never stopped speaking up for these people at every international level,” Sentsov said.

“I think human rights defenders and journalists should be able to carry out their work without threat to themselves and their families,” Andresen said. “It should go without saying, but unfortunately today that's not the case. We understand that pointing out these failures is difficult and controversial in many places but nowhere is it more so than in areas where international monitoring mechanisms have no access, in occupied territories, in places like South Ossetia, Abkhazia, Crimea, and Donbas.”

Dolhov noted the challenges shared by both his country and Georgia after so many years of conflict.

Levan Asatiani, senior campaigner for Amnesty International in the South Caucasus, said that it was vital for Europe to coordinate with its Georgian and Ukrainian partners when it came to relations with Russia.

“Georgia and Ukraine will not be able to deal with Russia alone on issues like the release of prisoners,” he said. “Kyiv and Tbilisi must actively cooperate with western states and institutions and use all their pressure on Russia to ensure the protection of human rights in the occupied territories. There must be a unity between European states as well in relation to Russia’s politics and the facts of human rights violations in the territories occupied by Russia.”

Giving Voice, Driving Change - from the Borderland to the Steppes
Armenia, Georgia
Detentions, Conflict
Connect with us