Award-winners have published a range of groundbreaking stories.

Award-winners have published a range of groundbreaking stories. 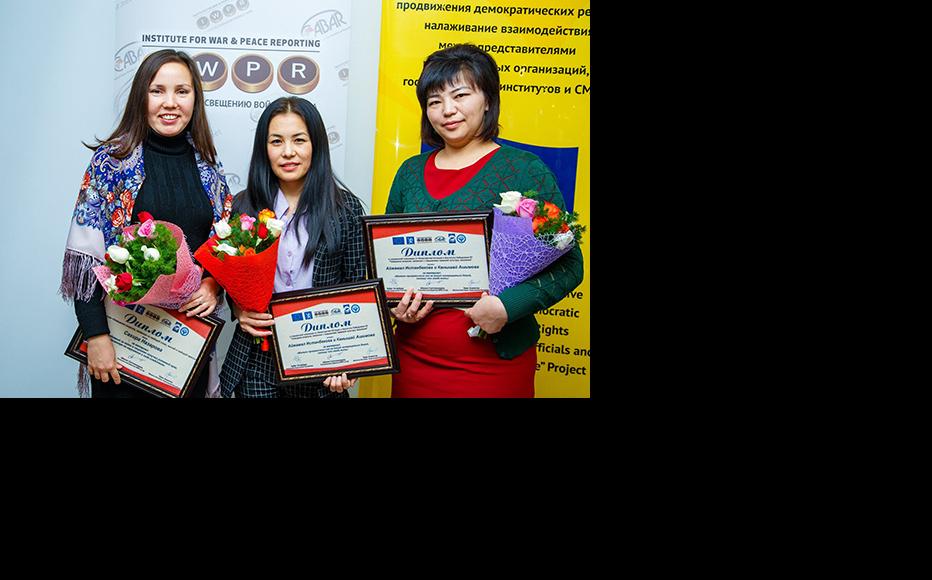 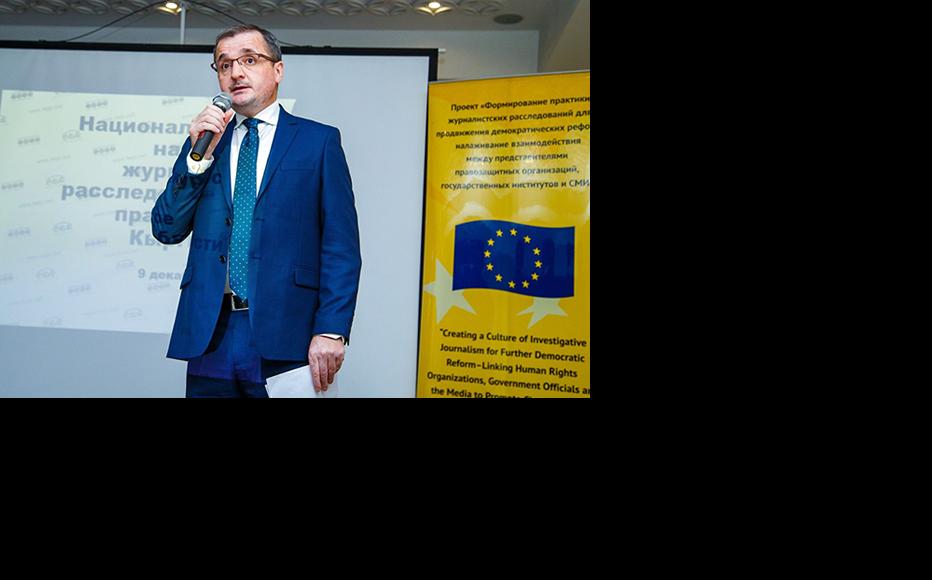 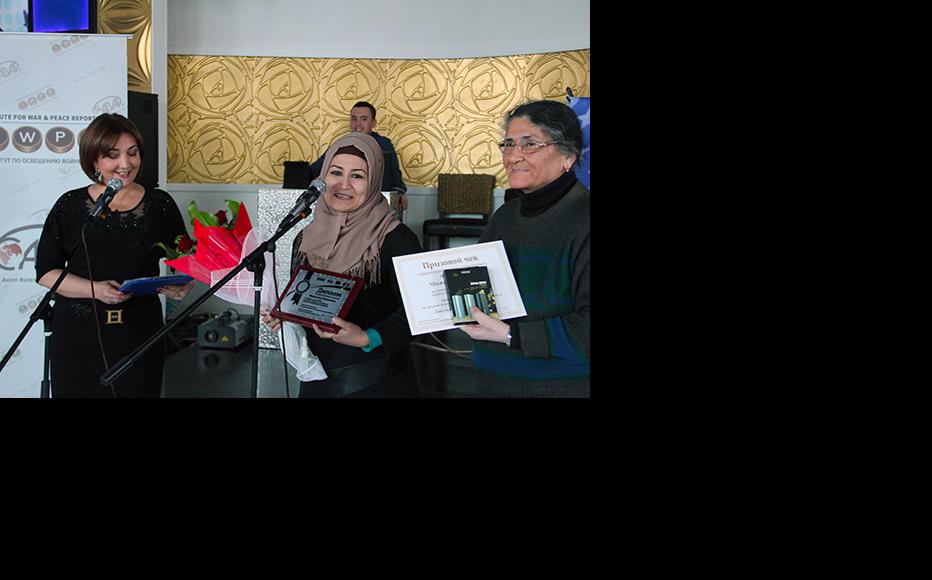 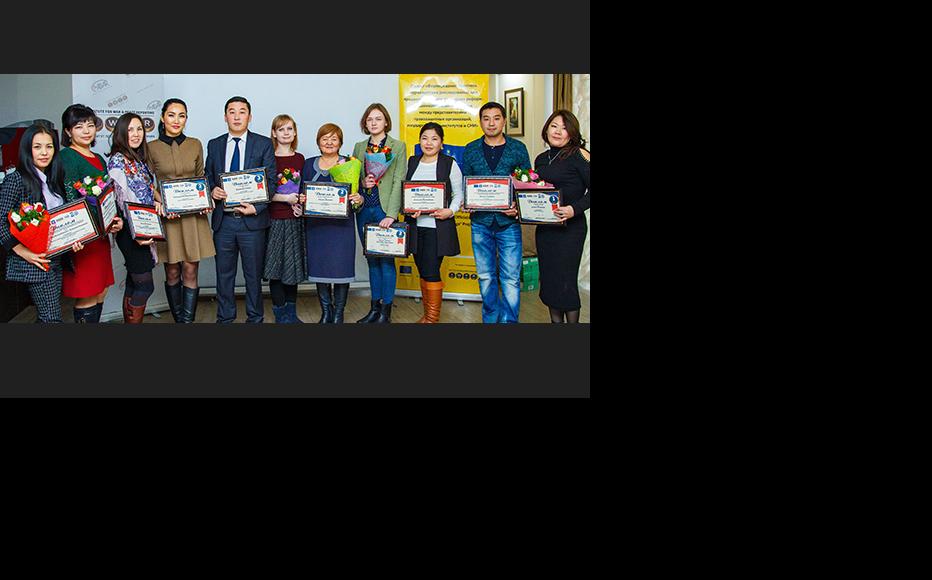 Kyrgyz investigative reporters, winners of IWPR competition in Bishkek. (Photo: IWPR)
The link has been copied

IWPR has awarded the inaugural prizes in a new competition that aims to promote the culture of investigative reporting across Kyrgyz and Tajik local media.

Award ceremonies were held on December 9 in Bishkek and on December 16 in Dushanbe, with cash prizes for the top three winners as well as special awards for those covering specific topics such as women’s rights.

Independent judging panels selected 12 Kyrgyz and six Tajik reporters out 128 applications from print, broadcast and online reporters in both countries.

Aigul Bakeeva, the deputy head of the PolitKlinika online newspaper, won joint second prize for her story looking at insanitary practices by meat-sellers at Kyrgyz bazaars.

“Despite working in the media for many years, I never stop learning new ways of reporting, new approaches to journalism,” she said. “I’m happy about being able to learn.”

Bakeeva shared the award with Eldiyar Arykbaev and Olga Heine of the Kloop.kg site, who had revealed that many Kyrgyz officials owned undeclared property in Bulgaria.

Elnura Moldokadyrova, a reporter for the country’s top television channel KTRK TV, was honoured for her story on smuggled medicine.

“Thanks to this award I feel I have the support of civil society,” Moldokadyrova said. “All those sleepless nights of research at my desk, endless attempts to access the sources were worth it. This work is done mostly out of sheer enthusiasm, but you get so much pleasure out of knowing you're helping people.”

“I hope the questions you've raised [in your pieces] will not only appear on the pages of newspapers and online, but also affect the way state services operate,” the minister added.

IWPR’s regional director for Central Asia, Abakhon Sultonnazarov, said that interest in investigative reporting was growing in both Tajikistan and Kyrgyzstan.

In the last two years, more than 60 investigative stories had been published in traditional and online media in the two countries.

And stories by IWPR award-winners have made a real impact on the lives of ordinary people.

After their story appeared in the local Faraj newspaper, several of the hospital’s top managers were dismissed. A follow-up report a month later showed that all women were now receiving care for free.

He discovered that officials had appointed non-existing employees and had spent years appropriating their salaries.

Following Yusufzoda's story, Dushanbe’s prosecutor general’s office of initiated a criminal case against the state department of road exploitation of the Sino district of the Tajik capital.

Sultonnazarov said that the competition had been particularly important in Tajikistan, a country where the state is strengthening its control over the media.

He said that nearly ten Tajiks they had trained in investigative journalism had gone on to work in this field.

“It is a huge result that they decided to specialise in such a difficult journalistic genre,” Sultonnazarov said.

“Moreover, other media organisations have taken notice and began inviting the same experts we’d previously invited to carry out their own trainings. There is hope that this genre has a future in Central Asia.”

The competition was part of IWPR's project to promote the culture of investigative reporting, funded by the European Union and the Foreign Ministry of Norway. Another contest is planned for next year.

IWPR has been co-operating with national media in Tajikistan and Kyrgyzstan, including those in remote regions, since the beginning of 2015.