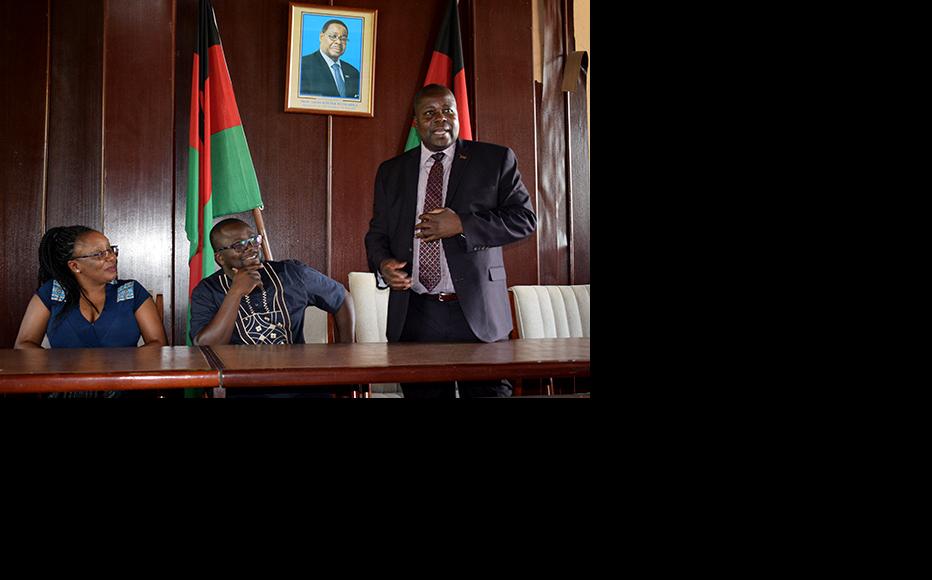 (Photo: IWPR)
The link has been copied

Ahead of upcoming elections in Malawi, IWPR is training some 200 journalists and media students to support the fair and free coverage of the key tripartite vote.

The two-part programme to help enhance local media capacity builds on the success of a similar project during the 2014 Malawian elections.

Both the monitoring project and the training will continue right up to the 21 May election of a president, national assembly members and local councillors.

“In these crucial elections, it is very important that Malawians enjoy balanced and unbiased media coverage of the campaign,” said Cheulekene Kate Mita, programme manager of IWPR Malawi, based in Lilongwe.

IWPR is working closely with the Media Institute of Southern Africa (MISA), the Malawi Communications Regulatory Authority (MACRA), and Zomba’s Chancellor College on the monitoring project.

Forty-two journalism students– 21 each from the Malawi Institute of Journalism and Malawi Polytechnic – have already been trained to observe and analyse the daily output of major outlets for their campaign coverage, including television, radio, print, online and social media.

The raw data and initial analysis provided by the monitors will then be assessed by experts at Chancellor College and presented in online and press conference form by the Media Institute of Southern Africa.

“This year, we once again hope to contribute significantly to helping ensure that fairness prevails in how the media covers the campaign,” Mita said.

A total of 169 Malawian journalists are also being trained in how to report fairly and ethically on campaigns and elections. The expert training sessions are taking place around the country, generally on-site at major media houses, and will be supplemented by ongoing mentoring.

“I found the training helpful,” said Mirriam Kaliza from MBC. “I have covered elections once and I had no prior training - it was like being dropped in the ocean and being asked to swim. But now that I got trained I think I am ready and eager to cover this year’s elections. It was an eye-opening session.”

“Although I have been in the newsroom for many years, I never received such an insightful training,” agreed Jonah Pankuku from Ufulu FM. “It's really recommended for anyone wishing to cover the elections to take [this].”

The project is supported by the National Democratic Institute (NDI) and USAID.