Collection to serve as the basis for new centre to inspire future researchers and reporters from the Iraqi city.

Collection to serve as the basis for new centre to inspire future researchers and reporters from the Iraqi city. 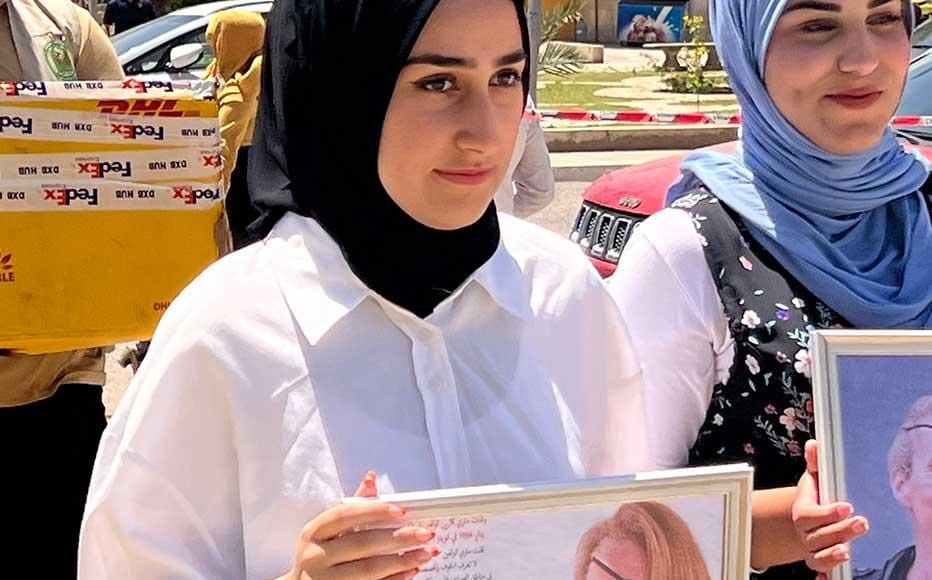 Journalism students carry the newly-donated books to the library. © IWPR 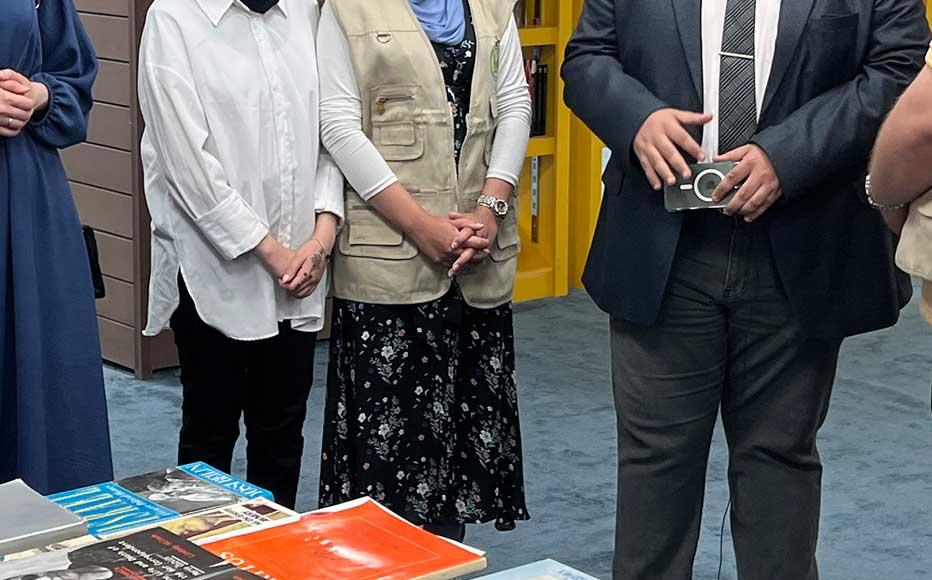 Marie Colvin's books are arranged in a display at the library. © IWPR 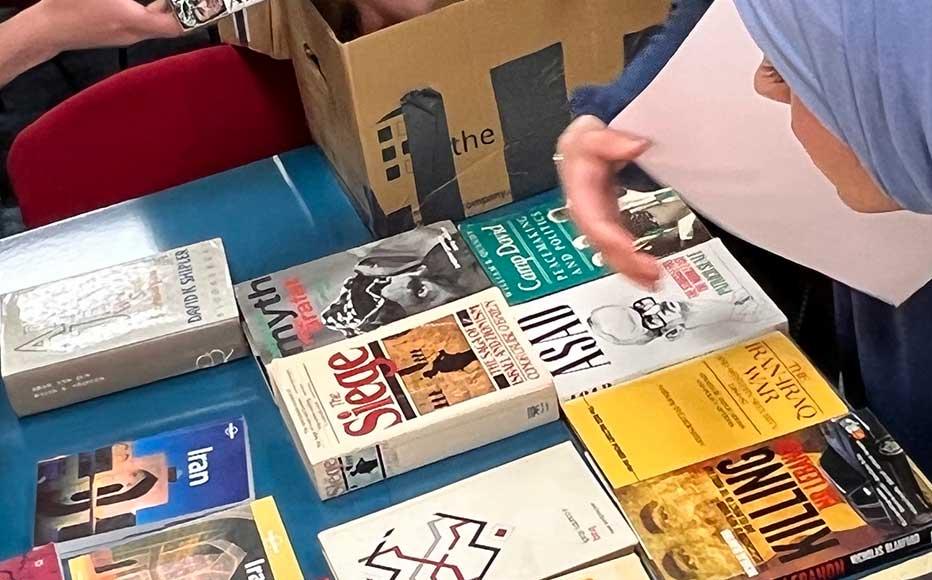 The donated books cover various aspects of the Middle East. © IWPR
The link has been copied

Ukraine has led the news for three months, and the world’s media has been there in force to cover Moscow's invasion. But one searing voice has been notably missing, that of Marie Colvin.

One of the leading war correspondents of her generation, Colvin was killed in February 2012 in Homs, Syria, by artillery fire from the Russian-backed government forces.

On May 16, Colvin’s collection of books on the Middle East – her primary region of focus – was donated by her family to the rebuilt library in Mosul, a town whose suffering she did so much to report.

At the request of the family, the transfer of the books was a collaboration between three groups: the Marie Colvin Journalists' Network, which supports women reporters in the Middle East and was founded by three of Marie's friends: Lyse Doucet of the BBC, Lindsey Hilsum of Channel 4 news and Jane Wellesley; Mosul Eye, the courageous online platform founded during the Islamic State (IS) occupation to give a voice to the battered city; and IWPR, which has managed major programming in Iraq since 2003.

A photograph of Colvin and a biography of her in Arabic was included in each book. At the ceremony, presided over by library director Sayf Al-Ashqar, students from the university’s school of journalism placed the books on the library shelves.

"[The library] was exactly the spot where IS had the headquarters of its ministry of education. Can you imagine how powerful it is to base Marie's books there?" said Mosul Eye director Omar Mohammed.

Working with Mosul Eye, the aim is for the books to serve as the basis for a new Marie Colvin Centre to inspire future researchers and reporters from Mosul. 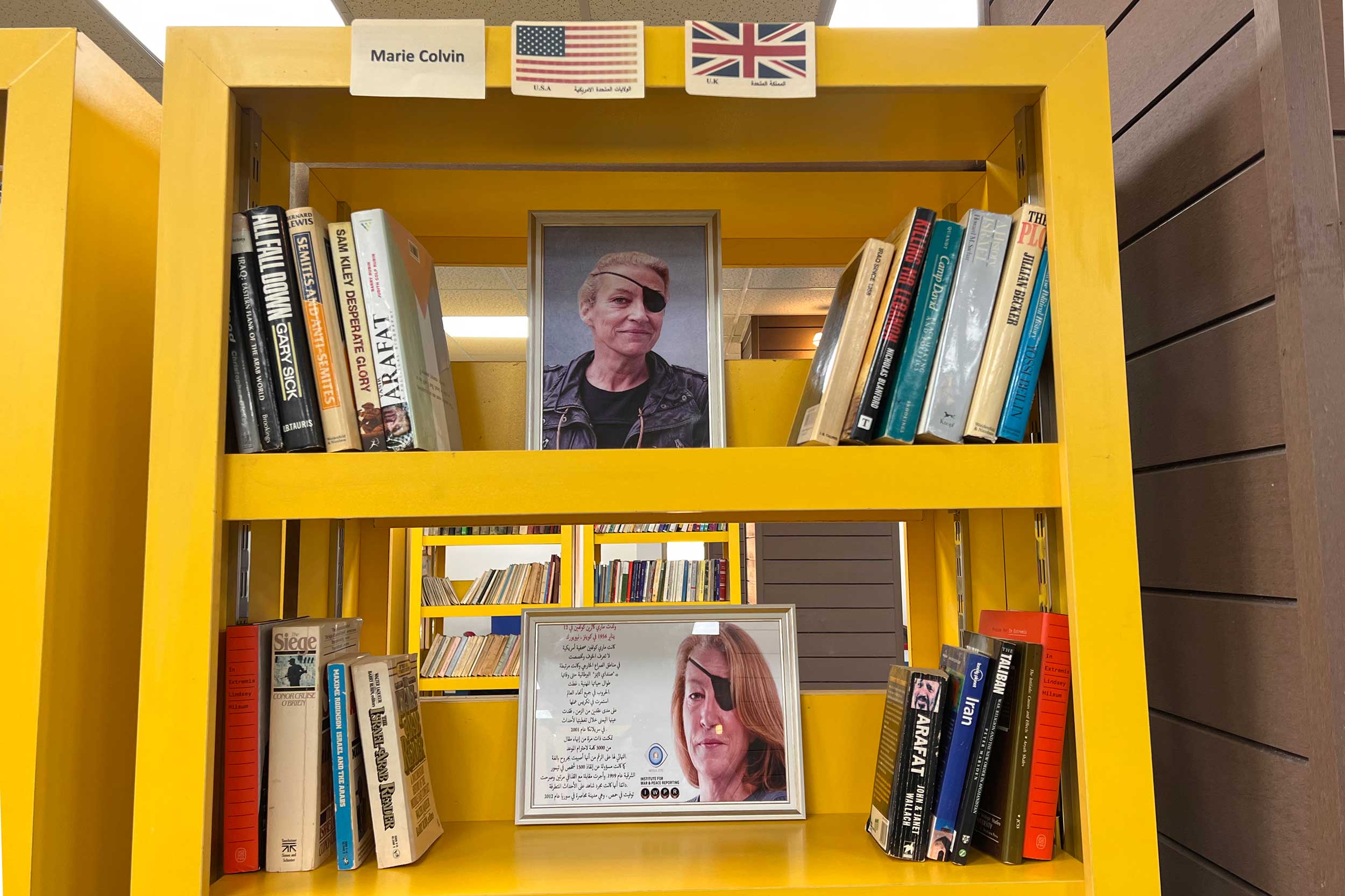 “It is perfectly fitting to have the Marie Colvin Centre in Mosul, where she spent so much time and a city that she loved so much,” her sister Cat Colvin said via a video message at a ceremony to inaugurate the collection at the library.

“When any nation is faced with such brutality, the little things make a difference,” said war photographer Paul Conroy from Ukraine, who was with Marie when she was killed and was seriously injured himself. “It is good for the souls of people who have been through hell to know that there are people who care enough to come and tell their stories. It’s always about the people, and the message for any nation at war is that people do care. Marie always cared.”

Founded in 1921, the University of Mosul Library was one of the first institutions destroyed by IS during its three-year occupation. It was re-opened in February 2022 with support from the UN Development Programme and book contributions from libraries and donors around the world.

Speaking from Ukraine, Conroy said that he was sure that had she survived, his friend would have been in the most dangerous and difficult place to reach, reporting on the human impact of the war.

“No question, we would be in a basement somewhere in Mariupol,” he continued. “Life would be a whole lot tougher. She would be there, bearing witness, without a shadow of a doubt.”