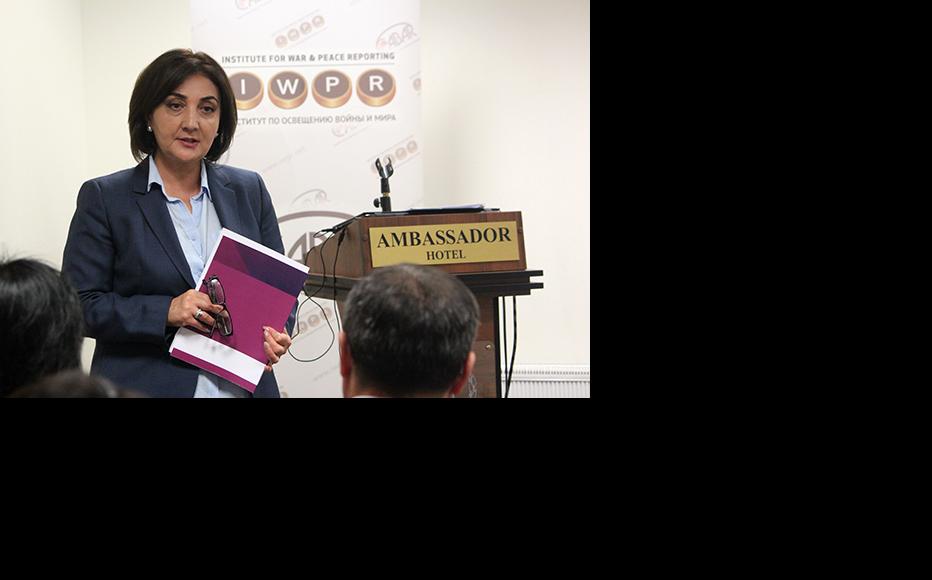 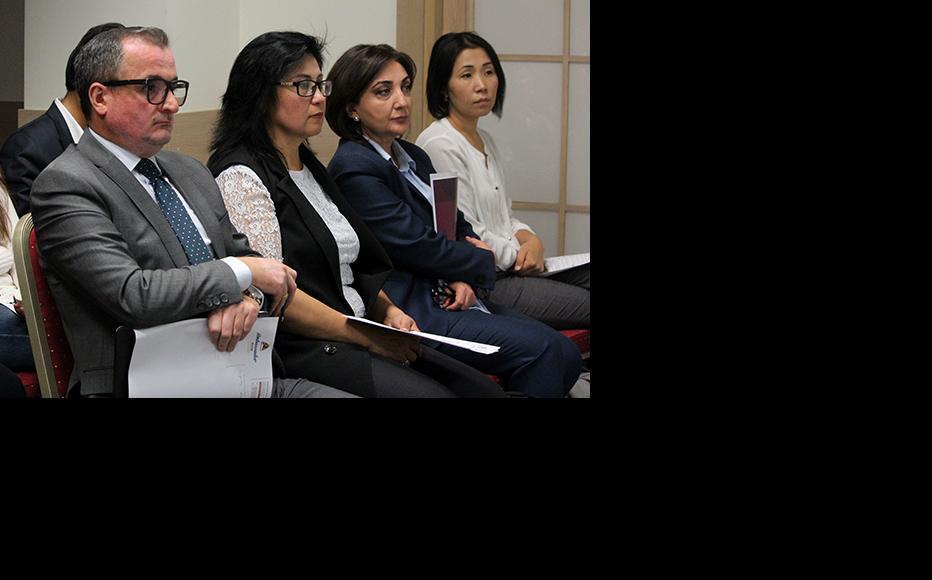 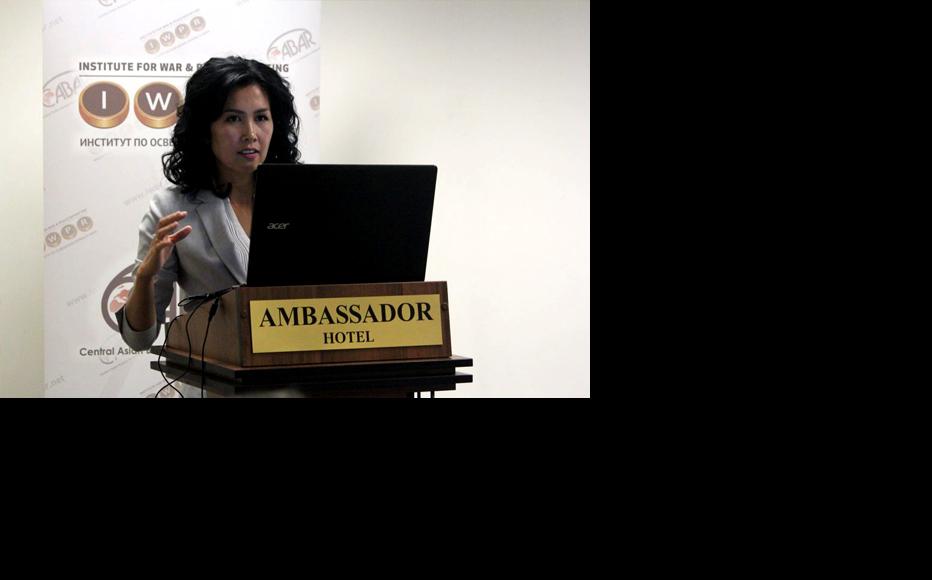 Elira Turdubaeva, one of the researchers from Kyrgyzstan. (Photo: IWPR) 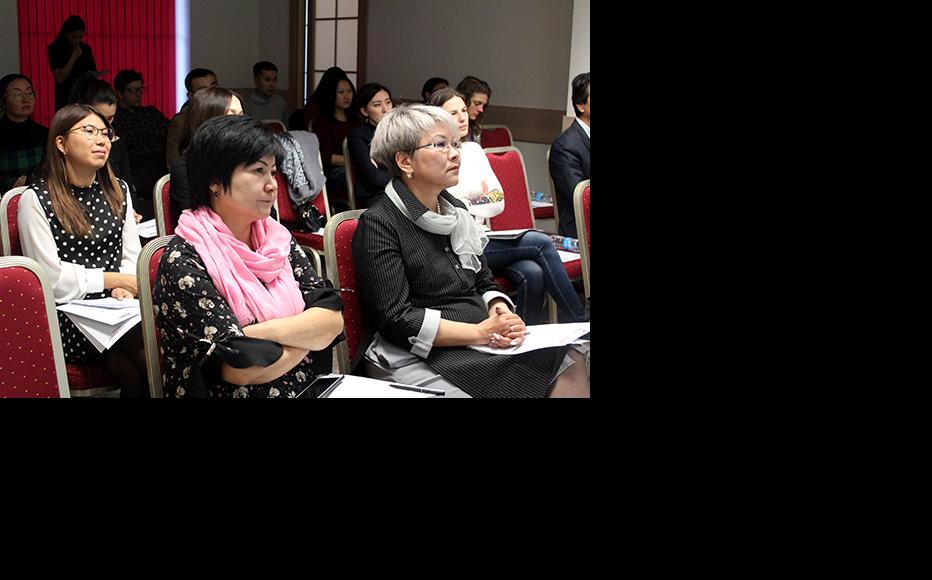 Audience at the launch event. (Photo: IWPR)
The link has been copied

New research sponsored by IWPR into media and civil society in Central Asia has highlighted how issues of self-censorship and poor communication serves to hinder social change across the region.

Earlier this year researchers surveyed more than 250 journalists and 230 representatives of NGOs from four out of the five Central Asian states.  It was impossible to extend the survey to Turkmenistan due to the country’s closed nature.

The project tracked how media and NGOs in the four countries adapted to new communication technology, developed their agenda and performance, and also how they cooperate with each other.

Nargis Kosimova, associate professor of international journalism and mass communications at the Uzbek State University of World Languages, was one of the authors of the study.

She said that across the region, the media had limited influence. One issue was a reluctance on the part of media organisations to challenge public bodies.

“The main problem is self-censorship.  We don’t have violence – [at least] I haven’t heard about it - yet journalists are afraid of making open criticisms,” Kosimova said.

The research was developed within the framework of Giving Voice, Driving Change – from the Borderland to the Steppes Project with the financial support of the Norwegian Ministry of Foreign Affairs.

Two studies looked at the status and role of the media and civil society in Central Asia. A third looked at how Central Asia, the Caucasus, Ukraine and Moldova were represented in Kyrgyzstan last year, examining nearly 3,000 news reports from 14 private and state-owned Kyrgyz media outlets.

“Only journalists from Kyrgyzstan did not cite state intervention in the media and self-censorship as the main barrier to their activities,” explained IWPR Central Asia programme manager Meerim Shamudinova.

In Kazakstan, she continued, journalists preferred to cover social rather than political topics, a pattern common to most of the countries surveyed.

The project also explored the relationships between NGOs, local government and the media.

As far as NGOs were concerned, rigid legal regulation in Kazakstan, Uzbekistan and Tajikistan had limited their effectiveness.  In fact, Tajik NGOs and human rights organisations cited physical threats as the main barrier to their work.

There is also little collaboration between media and NGOs in Tajikistan and Uzbekistan. The civil sector said that journalists misrepresent them, while media representatives complained that information provided by NGO was dull and lacked expertise.

“They need to build good communications with each other and invite journalists [to events]. Representatives of NGOs should speak… about the results, impact of their projects on people’s lives,” she said.

Aigerim Chalbaeva, research officer of the National Institute for Strategic Studies of the Kyrgyz Republic, said that the study could help improve cooperation between NGOs and media.

“In many countries they do not collaborate, or collaborate at an inadequate level. This research can be used in practice because it contains recommendations on how civil sector and the media should work together and improve their relations,” she said.

The study also included recommendations for how the governments of each country could improve their communications.

“We recommend that the government should be transparent, responsible, open, publish all information on their websites, including incomes of office holders and the budget allocations of state agencies,” Turdubaeva said. “In other words, they should provide access to information to people and journalists and always quickly respond to journalists’ requests. If the authorities are not transparent, they will always cause doubt and questions.”

The Situation of Civil Society in Kazakhstan, Kyrgyzstan, Tajikistan and Uzbekistan (English and Russian)

The Status of Media and the Role of Social Media in Kazakhstan, Kyrgyzstan, Tajikistan and Uzbekistan (English and Russian)

Content Analysis of the Representation of Central Asia, the Caucasus, Ukraine and Moldova in the Media of Kyrgyzstan in 2017 (English and Russian)