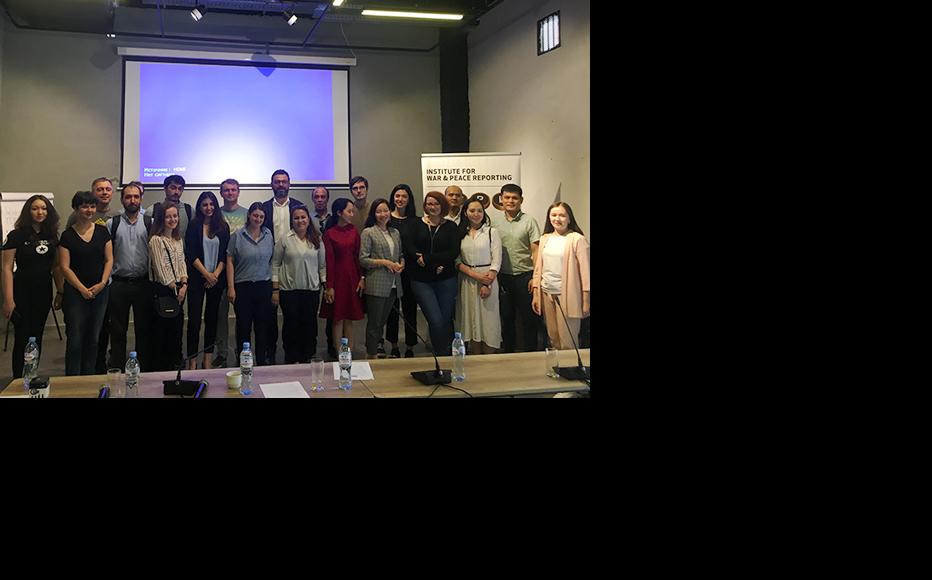 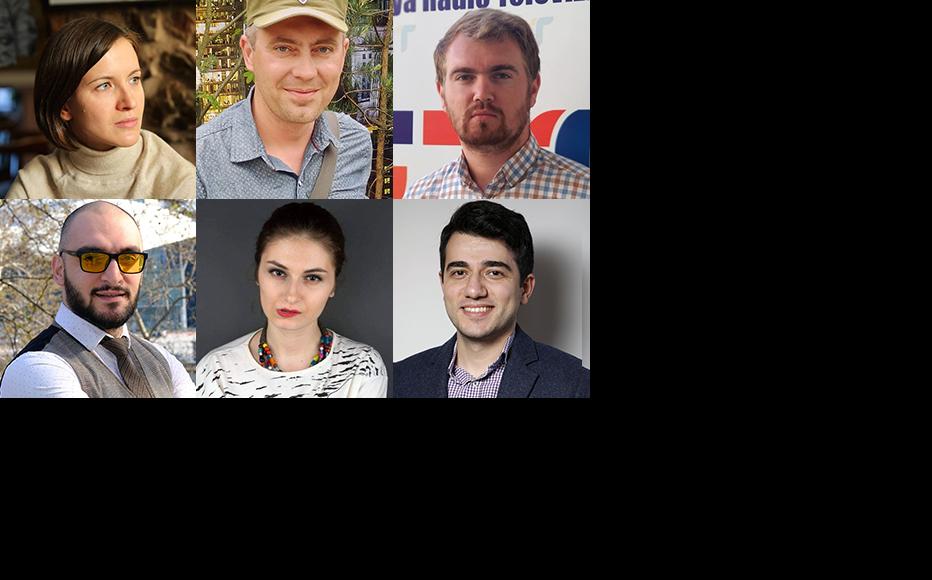 IWPR has wrapped up an innovative regional fellowship programme that built lasting cross-border networks among local journalists in Ukraine, Moldova and South Caucasus.

Six journalists from the region undertook a month-long posting in another Eastern Partnership country where they were given the opportunity to explore relevant topics such as conflict, human rights, governance and European integration.

There has been little debate and dialogue between these countries to find ways of countering these common challenges. The fellowship aimed to not only support the development of individual reporter’s skills but also enhance journalistic networks through improved information sharing across and around the Black Sea.

Piotr Garciu, a freelance journalist from Moldova’s autonomous region of Gagauzia, travelled to Georgia where hefocused on issues surrounding the integration of national minorities, a key issue for both countries.

“The article on national minorities was very important,” he explained. “The lack of knowledge of the state language is an issue in Moldova too in the areas where ethnic minorities live. Therefore, it was important to manage to describe the experience that Georgia has and the steps the Georgian state makes to improve the situation. I met former ministers of education, travelled to the Samtskhe-Javakheti region of Georgia, where Armenians live and extensively communicated with the people who actually implement education programmes for national minorities.”

Garciu also looked at the issue of nationalism and conflict, another concern relevant to both countries.

“The most difficult piece was about the conflicts in Georgia,” he continued. “As it is a sensitive issue, I had to communicate with a lot of experts, government and NGO representatives. I travelled to Khurvaleti, a village along the barbed wire fence in the South Ossetian conflict zone, interviewed local residents and the impact the conflict has on their lives.”

“This fellowship made me stronger and a better journalist,” Garciu said. “I am sure, thanks to this, I can better cooperate with international publications in future.”

IWPR Georgia also hosted Djein Vacari, a reporter from the Chisinau-based online publication Diez whose work ranged from coverage of the murder of a local civil rights activist to pieces on the LGBTI community and the efforts of a performance group made up of disabled people.

“I liked everything about the fellowship,” she said. “From my point of view, if you are in a foreign country and writing about it, you must spend as much time outside as possible, interacting with different people, regardless their social and cultural background.”

Alina Girnet, a manager at Diez.md told IWPR that reader response to the pieces had been good.

“We were all pleasantly surprised by the average time readers spent on Djein’s articles as it appeared that people in Moldova are interested in Georgia,” she added.

Elsewhere, Ukrainian fellow Yuliya Abibok produced analysis and in-depth reporting on all three countries of the South Caucasus. She covered the impact of revolution in Armenia as well as on the lives of communities bordering conflict zones and the plight of missing persons in Abkhazia, South Ossetia and Nagorny Karabakh.

Her articles were published by independent online publications in Ukraine including Liga, Ostro and Hromadske.

“As identity and conflicts are going to be my specialisation both in journalism and in science, the IWPR fellowship was an extremely important stage in my career… I’ve had some long and interesting discussions after they were published, which is not usual for me,” Abibok said.

“Thanks to the fellowship I’ve developed my knowledge of the region and my contacts there. I am better prepared for any future work there and in other conflict zones. I’m going to travel to western Balkans next year.”

Vazha Tavberidze, a freelance journalist from Tbilisi, produced a number of interviews with high-profile politicians and public figures in Ukraine, all published in leading Georgian print and online publications.

“I immensely enjoyed the freedom of action that IWPR afforded me and the possibility to get to know more about events currently unfolding in Ukraine. With the ever curtailed reporting on Ukraine in the Western media, I think IWPR is doing a great job putting this on its agendas,” Tavberidze said.

Tornike Zurabashvili, another Georgian fellow, traveled to Armenia to produce stories for leading news and analysis platform Civil.ge. He focused on some of the challenges facing Armenia in the wake of its Velvet Revolution, particularly Yerevan’s foreign policy priorities.

“The fellowship programme has contributed to my professional development. Interviews with leading experts and decision-makers, reading policy and academic works on post-revolutionary developments and attending thought-provoking discussions, has enabled me to better understand some of the most pressing challenges facing the country, and has helped me diversify the scope my reporting. It has also expanded my network of contacts, which I will definitely use in my future work,” said Zurabashvili.

“What I most liked about the fellowship was the ability to spend time away from newsroom pressures. Freedom to choose article topics, as well as the opportunity to change them depending on the course of the research, is a luxury not every journalist gets in the contemporary media environment,” Zurabashvili said.

Ukrainian fellow Oleh Baturin reported for the online publication Left Bank (lb.ua) on Russian influence in border regions of Georgia as well as the challenges of integrating the country’s ethnic Armenian community.

“I was given a unique opportunity to travel extensively to the regions of Georgia that are affected by crisis. I also managed to travel to Azerbaijan and I think I will produce a lot of materials in future about this country too,” Baturin said.

“The contacts that I developed in the region will certainly help me continue reporting about the region for the Ukrainian media.”

The six fellows also took part in IWPR’s June 2019 conference entitled The Role of Civil Society and Media in Governance - From Central Asia to Eastern Europe.

They met 21 interns from Central Asia as part of IWPR’s mission to forge reliable connections between professionals from these two strategically vital regions.

“The meeting with the colleagues from Central Asia extended my networking. Ukrainian media rarely pays attention to the developments in the neighbouring regions,” Baturin said. “There is no coverage of what is happening in the wider region from the Balkans to the Central Asia. It is important to have a regular project that will help facilitate connections between media professionals from the region so we can tell more to our readers what these countries are facing and how they overcome their challenges.”

Beka Bajelidze, IWPR’s regional director for the Caucasus and Moldova, said, “We are in the field from 1999 and know what local journalists need in stressful environments like in the Caucasus, Moldova and Ukraine; more contacts, more practical skills so they can remain in the industry and have the tools at hand to help them be sustainable, independent and deliver journalism for the public good.

“While designing this fellowship we did our best to ensure all logistical and technical issues and make the fellowship comfortable for the fellows, so they could have the space to research and develop,” he continued. “I think it is a unique model and we are happy to continue providing such opportunities to independent outlets and individual journalists thanks to a generous support from our partners.”

The fellowship was organized within the project Giving Voice Driving Change, from the Borderland to the Steppes, which aims to tackle common challenges in the countries of Eastern Europe, Caucasus and Central Asia and engage societies in debates through strengthening civil society and journalists.

Giving Voice, Driving Change - from the Borderland to the Steppes
Caucasus, Moldova, Ukraine
Journalism, Media development, Training
Connect with us