Activists work to break down stereotypes and celebrate co-existence.

Activists work to break down stereotypes and celebrate co-existence. 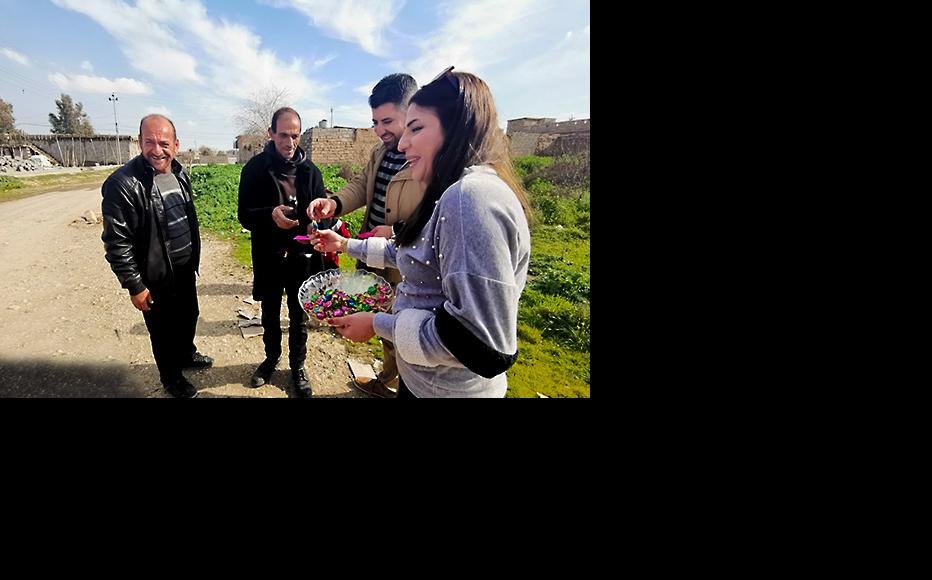 IWPR Champions Jameel and Nazek taking part in distributing messages of peace and candies on the families. (Photo: IWPR) 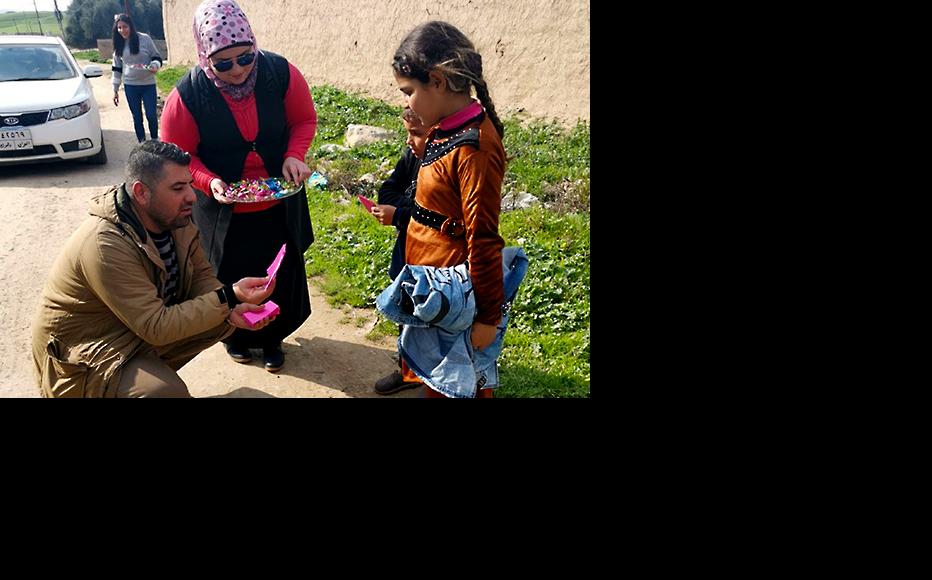 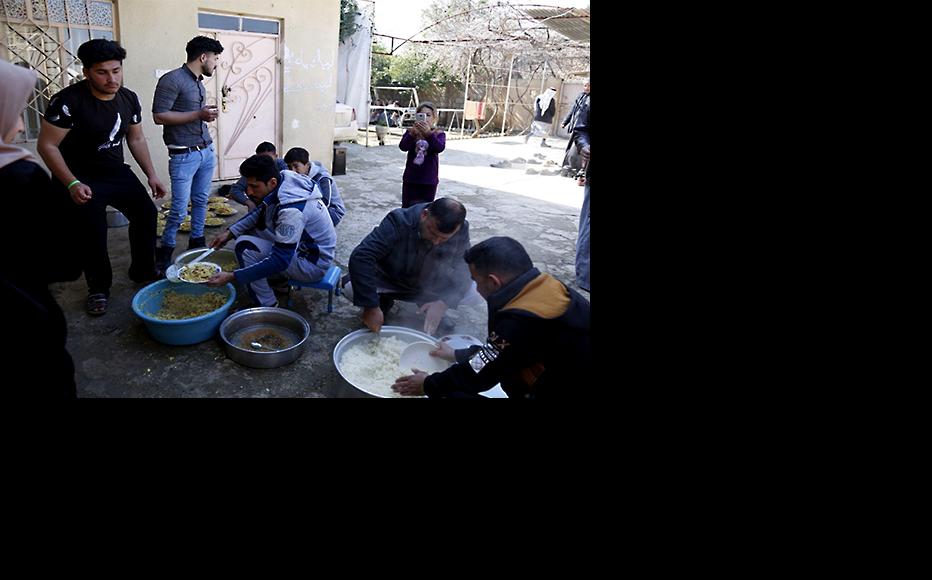 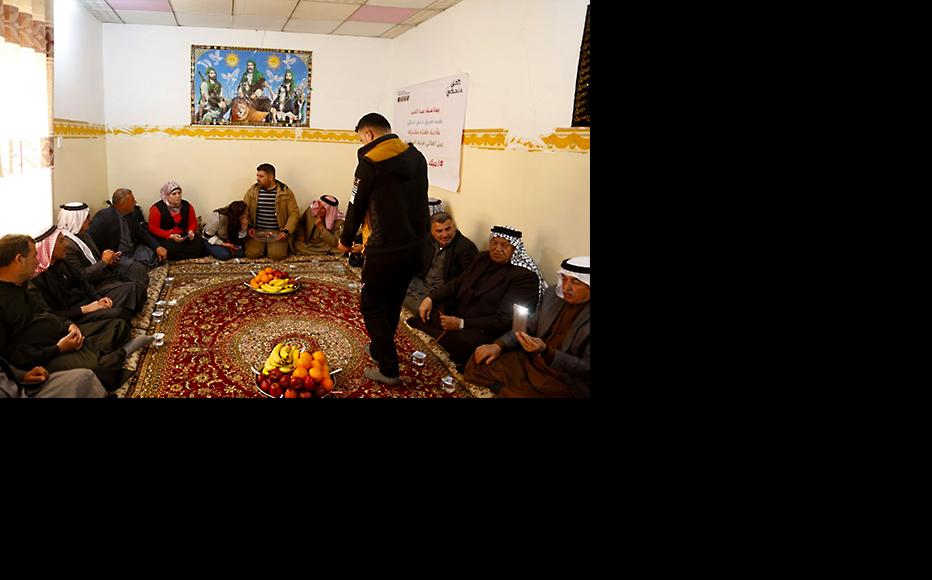 IWPR Champions received by the dignitaries of al-Salamiya. (Photo: IWPR) 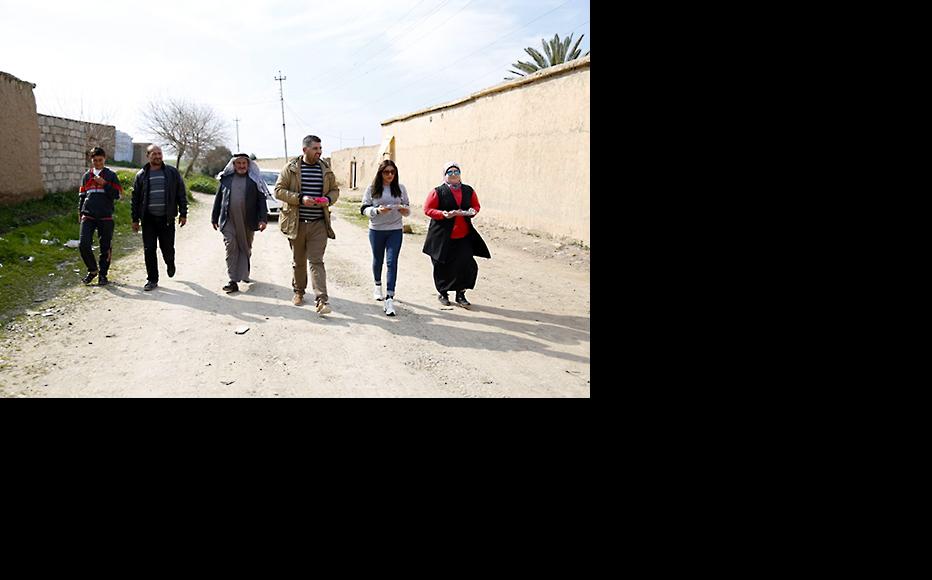 IWPR Champions visiting families in Al-Salamiya. (Photo: IWPR)
The link has been copied

IWPR Champions marked Valentine’s Day with a symbolic celebration in a remote Nineveh village once considered to be an Islamic State (IS) stronghold.

The #I_love_you_because_you’re_human initiative took place in the village of Hawi Al-Salamiyah, one of 26 small settlements around the town of Al-Nimrud in Nineveh governorate’s Al-Hamadaniyeh district.

These villages were once home to Saddam Hussein’s military personnel and as a result were raided many times and faced ongoing discrimination after the fall of the regime in 2003. The villages acted as a fertile ground for extremist groups in subsequent years.

The campaign used the symbolic importance of Valentine’s Day to try and break down stereotypes and celebrate co-existence and diversity.

“No civil society groups had been to these marginalised villages and areas before, and that in itself brought a message of love and peace,” said IWPR champion Abdullah Rashied. “We are also trying to encourage them to become activists to contribute to building a sound civil society to protect diversity and promote multiculturalism here.”

The champions spent a day with the villagers, enjoying a communal lunch with residents and talking to local leaders and dignitaries.

The champions also distributed letters of peace to Al-Salamiya residents from people in the neighboring villages of Shakal, Hamadaniyeh and the Mosul region.

The young activists, supported under IWPR’s Champions for Reconciliation and women’s rights projects, include a Yezidi woman from Sinjar, a Christian youth from Al-Hamadaniyeh district and a Muslim man and woman from Mosul.

They used their own experiences of cooperation to bring together the Shabak, Turkmen and Sunni residents of the villages in a communal lunch where traditional poetry and songs were performed and group pictures taken with participants.

Al-Salamiya residents said that the initiative made them feel appreciated and listened to after years of marginalisation and exclusion. They also stressed the importance of a better sense of coexistence between the different groups in Al-Salamiya, especially after IS had managed to so brutally divide different communities.

Hassan Sabir, the head of Al-Salamiya municipality, said, “I am very pleased with this unique initiative, happening for the first time in our villages and gathering all members together. When I saw Christians, Shabak and Arabs in my home, I felt very pleased and offered them this feast with genuine delight. These villages must be brought to people’s attention because they are marginalised and nobody cares about them.”

“We thank our Christian and Yezidi brothers for these initiatives, which we, too, must organise so that we can preserve cross-cultural long-term relationships,” said Sheikh Sultan Al-Ajeeli.  “These initiatives make us remember that love is one of the greatest things in this world, and it’s love that brings us closer to each other. We… reflect peaceful coexistence between the Shabak, Arabs, and Turkmen in this village.”

The initiative was covered in the Iraqi media, including in Ezidi24 and on the daily news of TV station Al-Iraqiya. It also appeared on the Dahik Da Nihki page on Facebook.

Iraq
Life, Reconciliation
Connect with us