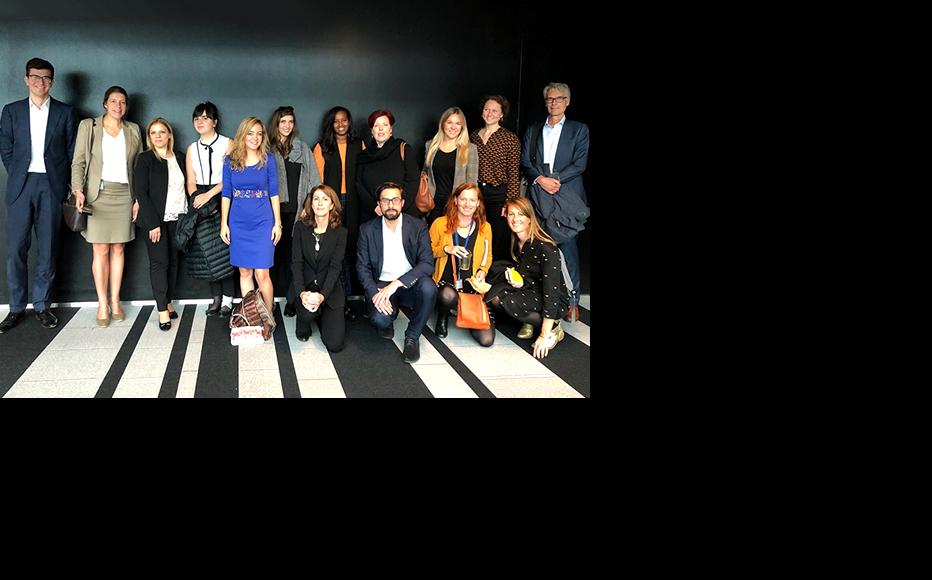 Syrian activists and IWPR staff with representatives of the Dutch ministry of foreign affairs. (Photo: IWPR)
The link has been copied

An IWPR delegation of Syrian women journalists and activists travelled to the Netherlands in September to share insights with senior officials and lawmakers as well as concerned citizens.

The five women - including one journalist who still lives in Damascus - met officials from the ministry of foreign affairs and held discussions with Dutch parliamentarians. Two events open to the public were also organised in The Hague and in Amsterdam.

The visit took place against a background of political debate in the Netherlands regarding Dutch support for the Syrian armed opposition.

The women were able to provide valuable context by debunking a number of persistent myths surrounding the Syrian debate, stressing that the large majority of the Syrian population –moderate, civil society - was not being heard.

“It is not a choice between Assad or the extremists,” said IWPR senior media specialist and award-winning Syrian journalist Zaina Erhaim. “There is a third option.

“There are many unarmed, moderate voices that disappear in the propaganda violence of the first two parties. The vast majority of Syrians support neither the regime nor extremists: they want peace, safety, jobs and for their children to go to school.”

In their meetings, the delegation also highlighted the vital role women were now playing in Syria. The regime, supported by Russia and Iran, is regaining territory previously held by Islamic State (IS) and opposition forces in large areas of the country. This has, in turn, created fresh waves of displacement to Idlib and the Aleppo suburbs.

Given that many men have fled, been killed or arrested, women have not only become breadwinners but are also actively involved in rebuilding civil society in these opposition-controlled areas.

In a parliamentary debate following the briefing, Green Left lawmaker Bram van Ojik raised the example of IWPR’s work when making the point that there was still an alternative to both Assad and extremism.

The women also stressed during their meetings that Syrians had not given up on their search for justice.

“The country is not ready for reconstruction,” Erhaim said. “The war is not over. The country is divided between the regime, Iran, Russia and Turkey. Every day people disappear, are arrested and families receive new death certificates. The insecurity, together with poverty and the lack of job opportunities form the ideal breeding ground for radicalization. Without liability and justice there will be no peace and stability.”

Media coverage of the trip included features in two leading Dutch newspapers and an op-ed in another popular publication.

The visit formed part of an ongoing project funded by the Dutch ministry of foreign affairs and follows a similar successful tour to the Netherlands in 2017.