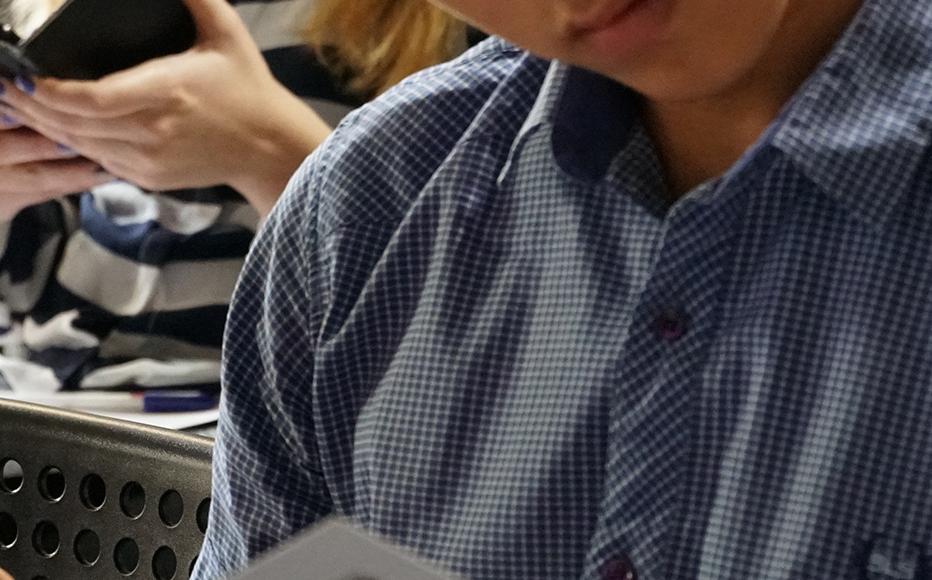 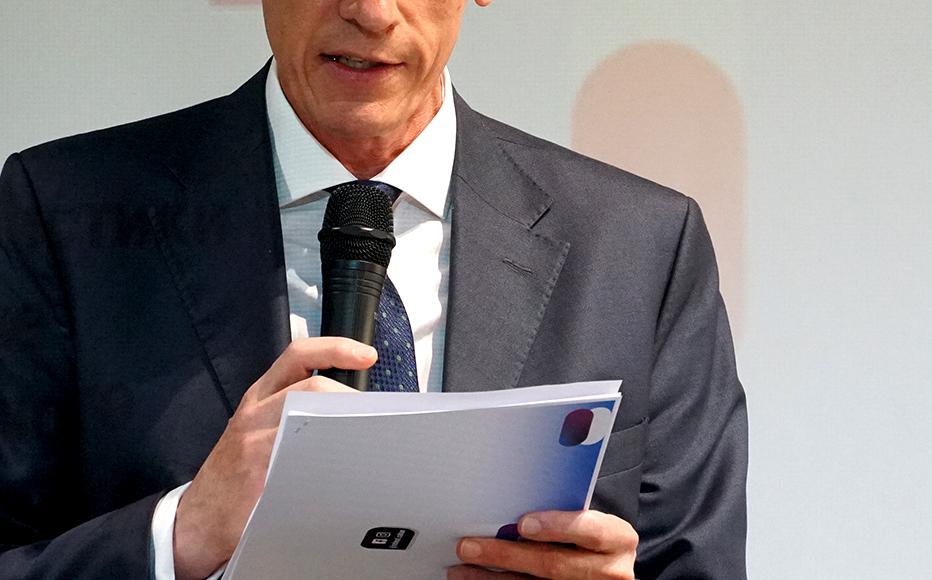 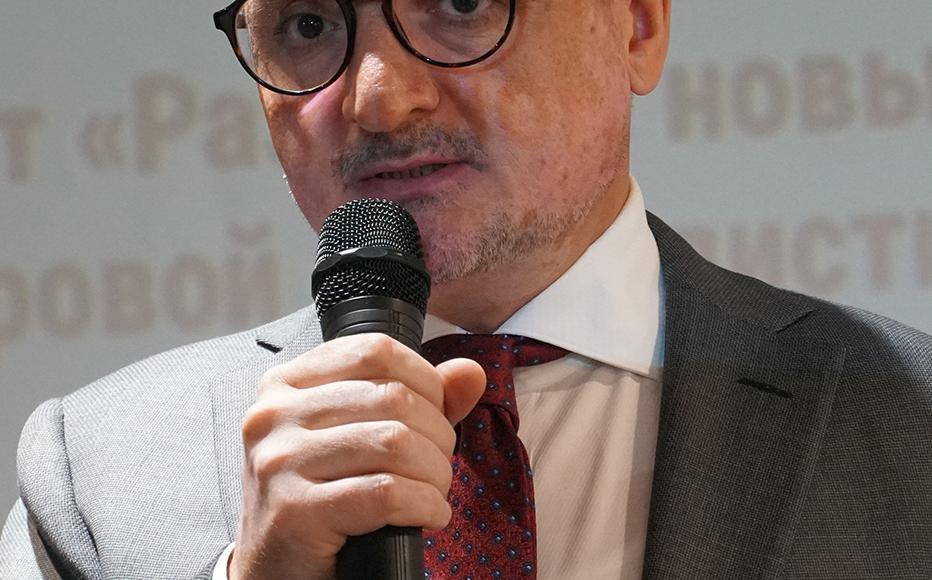 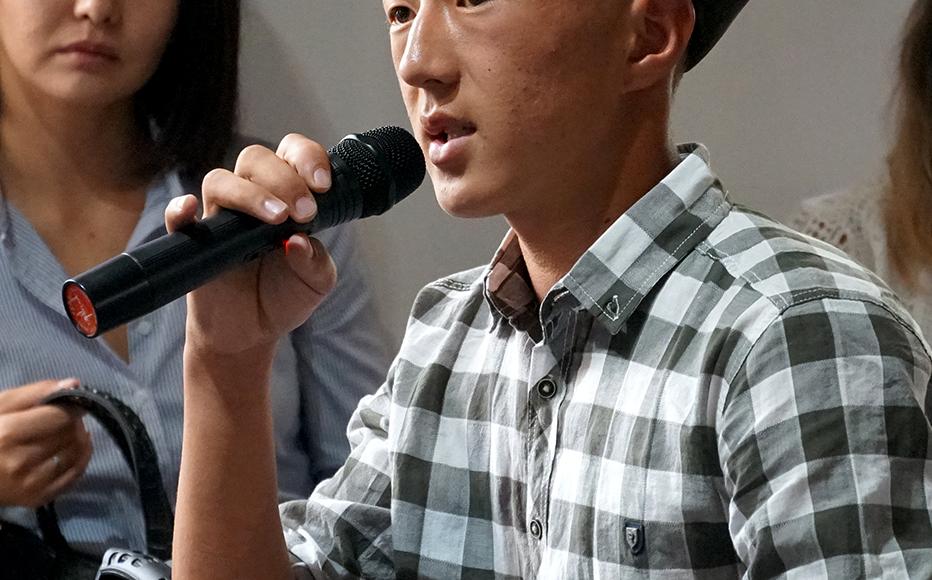 A member of audience involved in the debate. © CABAR/IWPR 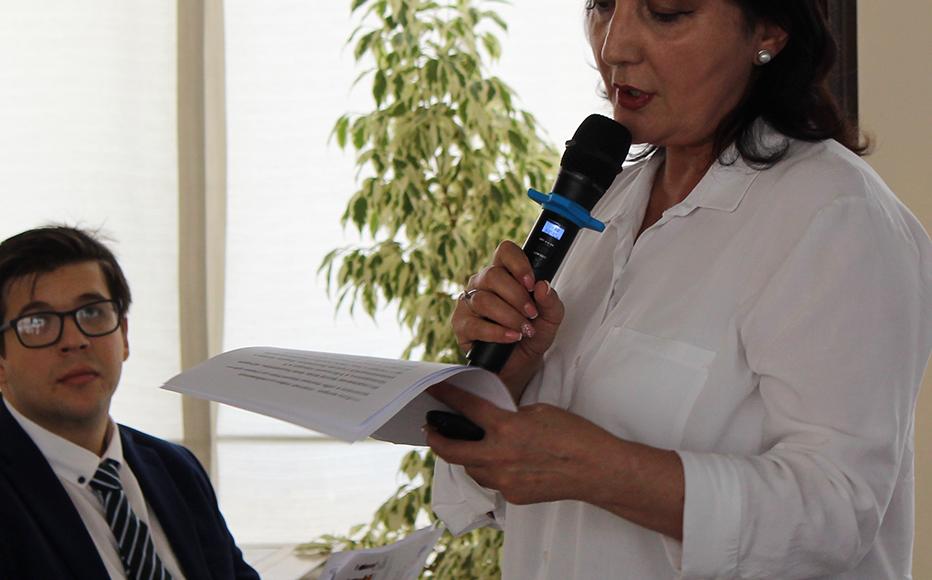 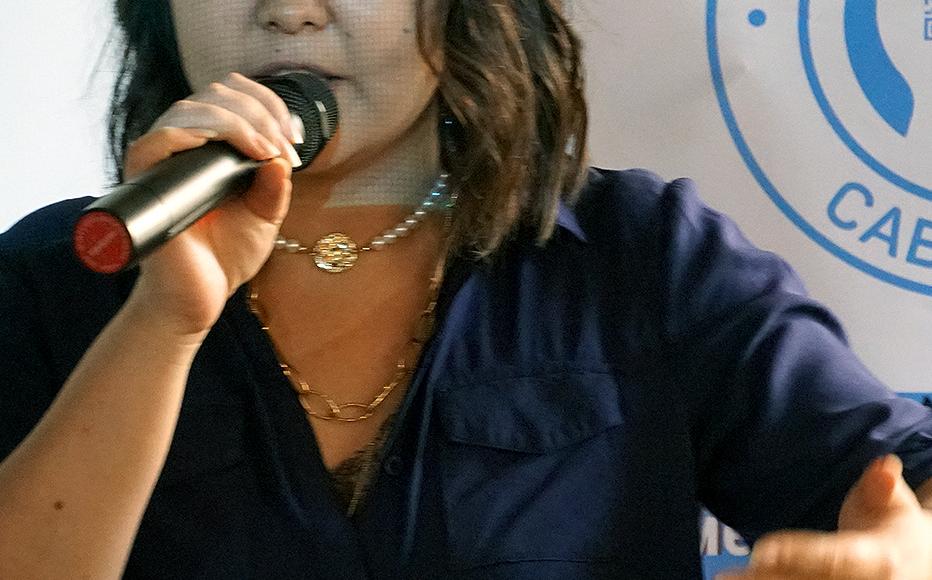 IWPR’s Begaiym Adzhikeeva remarking on popular social media and messengers in Central Asia. © CABAR/IWPR
The link has been copied

An in-depth IWPR survey across Kazakhstan, Kyrgyzstan, Tajikistan and Uzbekistan has shown that social media is the region’s main way of accessing news – a phenomena which also leaves consumers vulnerable to disinformation.

The research, which included an online survey of more than 4,000 online news consumers and interviews with 20 experts in the field of new media, was conducted by IWPR Central Asia as part of the UK- funded Development of New Media and Digital Journalism in Central Asia project. The results were announced at events in Bishkek, Almaty and Dushanbe in early September.

“The main news-sharing networks remain Facebook in Tajikistan and Uzbekistan, and Instagram in Kazakhstan and Kyrgyzstan,” said project coordinator Begaiym Adzhikeeva. “Among the messaging apps in Central Asia, the most popular news sources are WhatsApp, Telegram and Viber,” she said.

Adzhikeeva stressed that news publishers and future journalists needed to consider social networks and messaging as discrete platforms that required a different approach to the content sharing.

“Experts say the demand for local and regional content in local languages ​​is increasing,” he said. “This can be seen in users’ comments on social networks. At the same time, local news publications are slowly adapting to the rapidly changing trends of new media, including the technical difficulties with access to the internet.”

He also noted that most respondents were passive consumers of news, and a significant number were not familiar with the concept of hate speech in the media and failed to identify gender stereotypes and prejudice.

“Experts in their interviews confirm the results of the online survey and emphasise the need for enhanced study of standards for conflict and gender-sensitive journalism for both future and current journalists,” he said.

Abakhon Sultonazarov, IWPR regional director for Central Asia, emphasised that this was the first attempt to assess the online news audience across the region.

Understanding these trends would help media and bloggers create balanced, objective and independent content to support sustainable, high-quality journalism - particularly urgent given the high levels of disinformation prevalent across the region.

“This is a timely study, as a more detailed understanding of media consumption patterns across Central Asia will draw the attention of local and international stakeholders to the existing challenges and opportunities in new media,” said Charles Garrett, British ambassador to Kyrgyzstan. “It will enable them promote trustworthy and objective information.”

“With digitalisation and emergence of the new media, countries worldwide are facing new opportunities as well as challenges around the quality, speed and reach of information,” agreed Matthew Lawson, the British ambassador to Tajikistan. “Fake news and disinformation can be spread easily, manipulate minds and undermine stability and security, as seen in different parts of the world,”

Galiya Ibraeva, a professor at Kazakh National University and one of the authors of the research, said that the survey had important regional implications.

“Studying our social networks, their formation and functioning will help us understand not only issues that concern each individual, but also issues that are important for our ‘organism’ of Central Asia; conflicts, crime, economic phenomena like financial panic or the development of new technologies,” she said.

In all countries polled, concise news formats were the most popular, which she attributed to the volume of user-generated content in social networks and instant messenging.

“Disinformation in social networks and instant messengers is growing due to user-generated content as well,” Ibraimova continued. “Because users often snatch messages out of context, and journalists often do not check user content when republishing. At the same time, experts in all four countries are worried that often behind the user accounts are destructive forces that skilfully distribute fake news.”

Lola Olimova, IWPR Tajikistan programme coordinator, said that many international studies had shown that women and girls had less access to the internet than men. This was especially true for developing countries, including Central Asia.

“In our region, it is necessary to pay more attention to the issue of gender imbalance in internet access, perhaps to encourage special programmes supporting girls and women, especially in rural areas, in order to increase social inclusion and fight the digital divide,” she said.

Researchers also prepared recommendations for news media in which they highlighted the importance of maintaining pages on social networks and using a narrative approach to engage their audience, for instance with the use of data visualisation.

They suggested journalism teaching at Central Asian universities should approach social networks and messaging apps as platforms that required a separate topic in training modules. Aspiring journalists could be nurtured as microinfluencers who would apply the same standards of ethics and accuracy when working with social networks.

The full research is available on the website of the Media School CABAR.asia school.cabar.asia

Giving Voice, Driving Change - from the Borderland to the Steppes
Kazakstan, Kyrgyzstan, Tajikistan, Uzbekistan
Culture, Journalism, Media
Connect with us