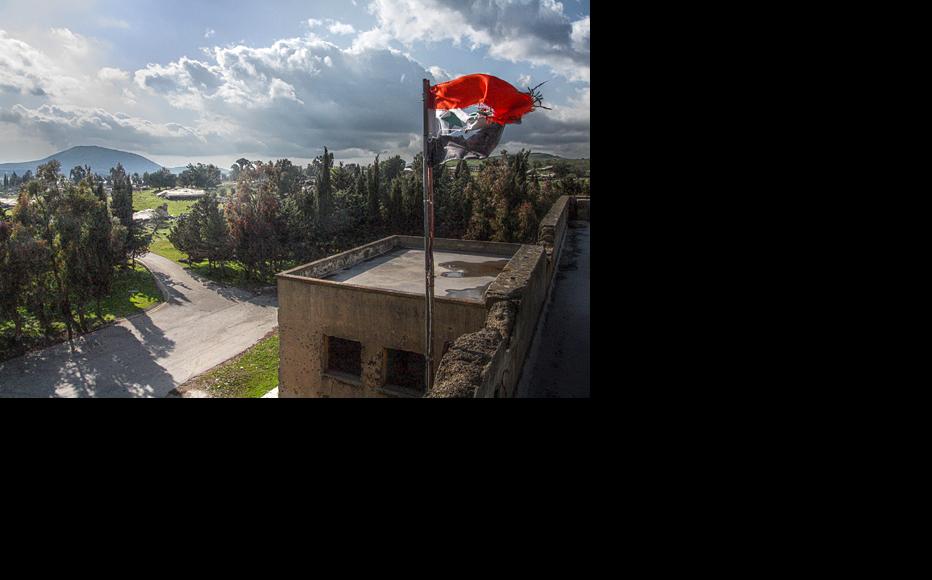 Syrian flag in the largely destroyed and abandoned city of Quneitra, taken in 2010. (Photo: Ed Brambley/Flickr)
The link has been copied

Syria is now the most deadly country in the world for journalists. Since the conflict there began in March 2011, 84 journalists have been killed, more than 90 abducted and approximately 25 are still missing. The majority are locals.

IWPR is part of a coalition of international journalist assistance organisations partnering with the Rory Peck Trust and the Committee to Protect Journalists to produce the Syria Media Safety Resource – the only one of its kind.

Launched in early August, the website includes information and downloads on physical and digital safety as well as on trauma support for reporters working in and around Syria. All the tools can be downloaded as PDFs by journalists travelling to areas where internet access and electricity are not reliable.

Available in Arabic with English translations, the online resource enables Syrian journalists in distress to reach out to international organisations that provide assistance.

IWPR has been engaging with Syrian journalists since 2007, and its Cyber Arabs project teaches activists in the entire Middle East and North Africa region how to stay safe in hostile online environments. (See Arabic Online Academy Boosts Cyber-Security.)

As well as delivering up-to-date information on identifying and mitigating the latest digital security threats, Cyber Arabs helps support the role the internet has played in mobilising citizens to advocate for greater political, social, and economic reform.

“The new Rory Peck Trust resource for Syrian journalists brings together advice, tools and instructions for Syrian journalists from a number of trusted sources so they can find quick help when needed to mitigate different threats they are facing, be it physical or digital,” said Susanne Fischer, IWPR’s former Middle East programme manager. “IWPR’s Cyber Arabs team is happy to contribute to this joint effort of international support organisations to help Syrian journalists to operate more safely.”

“The aim of the Syria Media Safety Resource is to provide Syrian journalists with the information and tools they need to help them work more safely, and to streamline their access to emergency assistance,” said Sarah Giaziri, MENA Programme Officer at the Rory Peck Trust. “Much of the news and images coming out of Syria is being provided by these journalists, many of whom are freelance and have little, if any, access to safety training or trauma support. We hope that this resource helps them to manage their safety and continue their vital work.”

Syria
Safety
Connect with us