International discussion hears that response must be as complex and varied as disinformation itself. 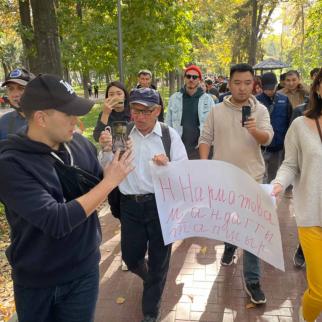 Participants of the free speech rally in Bishkek. © 24.kg

International discussion hears that response must be as complex and varied as disinformation itself. 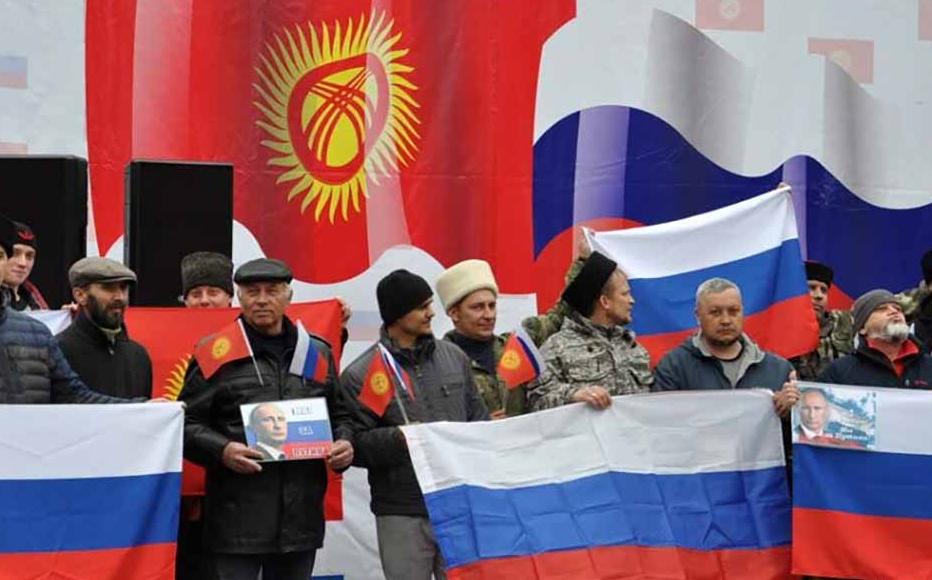 A pro-Russian rally in Kyrgyzstan's capital Bishkek. Kremlin's propaganda dominates in Central Asia, where Russian mass media, mainly TV channels, are the main source of information. © Kundemi.kg
The link has been copied

Over three decades since the meltdown of the Soviet Union, the Kremlin’s narratives still dominate public opinion in Central Asia, according to experts at an IWPR forum on regional vulnerability to propaganda.

The December 7 online event heard that, as well as disinformation promulgated through the mass media and on social networks, fake news was also fed by the vast network of labour migrants who emigrate to Russia.

Organised by Cabar.asia, the discussion assessed the threat posed by Russian propaganda and looked at potential tools to combat it.

Rashid Gabdulhakov, assistant professor at the University of Groningen’s Centre for Media and Journalism Studies, stressed that the region still lived in a Soviet-informed reality, conveyed though variety of platforms.

Russian propaganda mattered in Central Asia precisely because of the “historical impact, daily language and discourses that we use, humour, sentiments, nostalgia, rituals, entertainment, cultural code,” he continued.

He noted how Kyrgyzstan, once hailed as the only democracy in the region, had introduced bills restricting civil society’s activities and media freedom, with courts arresting, jailing and - in the case of investigative reporter Bolot Temirov - deporting critical voices.

The Kremlin’s discourse demonising the West and Ukraine and glorifying Russia was promoted on a variety of platforms.

As well as current affairs, cinema and other cultural material spread Moscow’s vision of the world in neighbouring Uzbekistan and Kazakstan.

In Tajikistan, Rustam Gulov, co-founder of the country’s first fact-checking platform Factcheck.tj, noted that television remained the main source of information among the older generation: nine out of the country’s top ten channels were Russian. Russian terminology was also pervasive, including the description of Ukraine’s invasion as a “special military operation,” the occupation of its territories as “liberation” and the withdrawal of Russian troops is a “good will gesture”. Such phrasing was also used by independent media, he explained, who often did not fully realise they were tools of propaganda themselves.

Gulov gave the example of Tajik workers employed in Mariupol in the construction industry. Exposed to the Russian government’s narrative, they believe in the “liberation” of Ukraine and its people from Kyiv’s supposedly Nazi government, and convey these messages back home.

Then there is the deepfake, artificially generated audiovisual renderings which are easy to produce but increasingly hard to detect.

Christopher Schwartz, postdoctoral research associate at the US-based RIT ESL Global Cybersecurity Institute, detailed how deepfake magnified disinformation and undermining the credibility of journalists and authorities. The institute has developed a deepfake detector with the help of journalists.

The experts agreed that addressing such distortions involved a number of complex approaches, delivered through a variety of platforms and triggering emotional and sentimental factors.

Government action was needed to regulate the information landscape and minimise influence from destabilising external actors. The public at large needed support in media literacy, informed consumption and critical reading.

Meanwhile, alternative messages needed to be delivered through various platforms and in both Russian and local languages.

Tolipov, said that spotting disinformation “requires great skills, qualification, preparedness, and even morality to distinguish these types and use proper and adequate tools for reaction”.