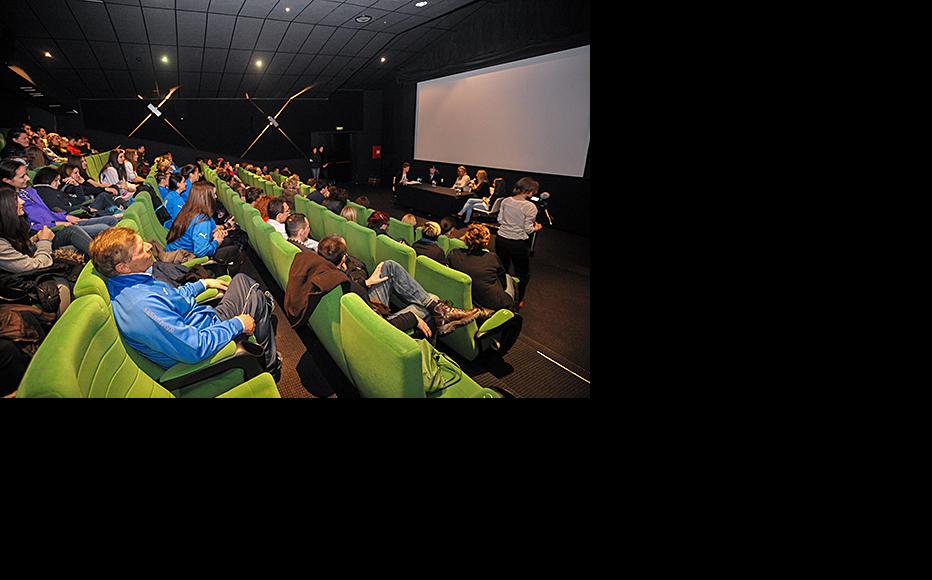 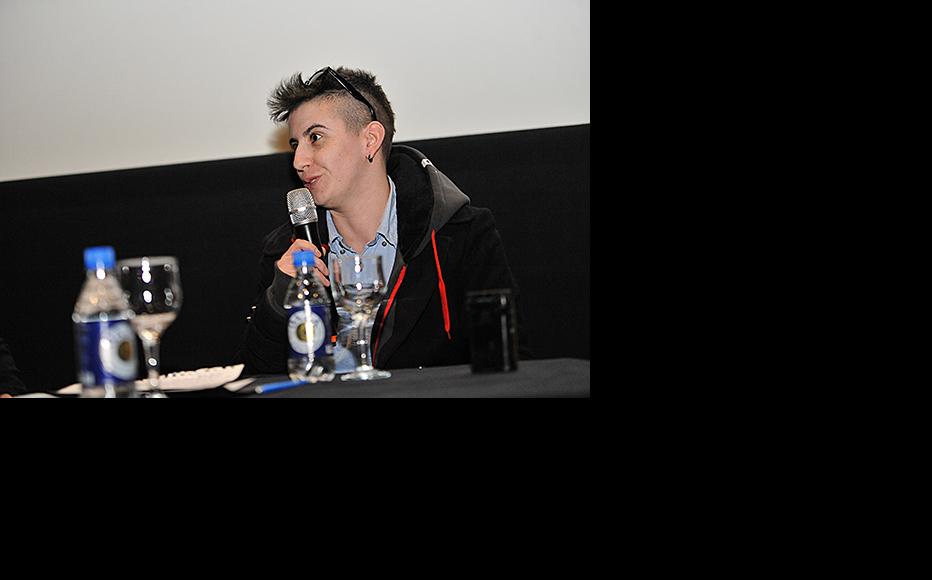 Film's director Ada Sokolovic, addressing the audience at the round table following the screening. (Photo: Eldar Spahic)
The link has been copied

At a debate following the screening of an IWPR documentary in Sarajevo last week, speakers said the film showed how sport could help Bosnians overcome ethnic divisions.

I Love SFK, which follows the ethnically mixed women’s football club SFK 2000, was produced by IWPR and Mebius Film as part of the Tales of Transition project, funded by the Norwegian embassy in Sarajevo.

At a discussion held after the February 25 screening, the film’s director Ada Sokolovic said she had never liked football much until she saw SFK 2000 play. Now she is a huge fan.

“I want to promote and motivate these girls,” Sokolovic said. “They prove that boundaries exist only in people’s minds. They are aware that only together can they achieve something, and that their strength comes from their unity.”

The team’s members come from all over Bosnia and include Croats, Serbs and Bosniaks.

Proud of their close ties, SFK 2000 players say there are no ethnic tensions within the team. Their only goal is to play well and to achieve the best results possible in a country where women’s football is still undervalued.

For 12 years running, SFK 2000 has been a state champion in women’s football, and 11 of its members play for Bosnia’s national women’s team.

Despite this success, they face many obstacles as women in a male-dominated sport.

“If football players from some men’s club had succeeded as much as these girls have, they would have received all the support they needed. But players from a female club have to struggle,” Sokolovic said.

Team coach Samira Hurem agreed. “If we only had 30 per cent of the budget that the average men’s football club gets, there would be no limits for us,” she told the round table.

Team member Azra Numanovic said there had been times when she and her fellow players could not afford new football boots and had to mend their old ones with adhesive tape.

Numanovic, a Bosniak (Bosnian Muslim) from the eastern town of Zvornik, was born in 1990, two years before the war started. When Zvornik was taken over by Serb forces in 1992, she and her family had to leave.

Before the war, 48 per cent of the town’s population was Bosniak, but today it is predominantly Serb.

Numanovic does not let the past influence her relationships with Serb teammates.

“We are fighting on several fronts here – we have to prove to everyone in Bosnia that we can play together regardless of our ethnic backgrounds, and on the other hand we must prove that we are good at this sport, which is traditionally male,” she said.

Kristina Seslija, a Bosnian Serb, is the mother of two SFK 2000 players, Andjela and Varvara. Although they live in Bosnia’s predominantly Serb entity of Republika Srspka, she has no problem letting her daughters travel regularly to Sarajevo to play.

She is proud her daughters can identify with the club and their teammates.

“The girls from this club could serve as an example to everyone in Bosnia,” Seslija said. “When we play against other teams and some nationalist incident occurs, all the girls on the team raise their voice against it and protect the other girls. That doesn’t happen so often in this country.”

Seslija told the round table that she never tried to stop her daughters pursuing their dreams, even though many people had told her that football was not for girls and that they should choose a “more appropriate” sport.

“All the girls in this team are like my children. I’m so proud of them because they are really good people,” Seslija said.

The audience reaction to the screening at Sarajevo’s Cinema City was overwhelmingly positive.

“I Love SFK revealed many problems that today’s Bosnian society has, but it also showed us how these problems can be overcome,” said Dzenana Imamovic, a sports teacher. “These girls are living proof that Bosnia could be a better place if we all worked together to achieve our goals, despite all the difficulties.”

Mirela Geko from the Local Coalition Against Hate: Ignore the Differences was also in the audience. She said she particularly liked the film’s message of tolerance and support.

“This documentary promotes real values and shows us that sport can help us love each other regardless of our ethnic or religious background,” she said.

Dzenana Halimovic is an RFE/RL and IWPR reporter in Sarajevo.

Bosnia and Herzegovina
Reconciliation, Women
Connect with us