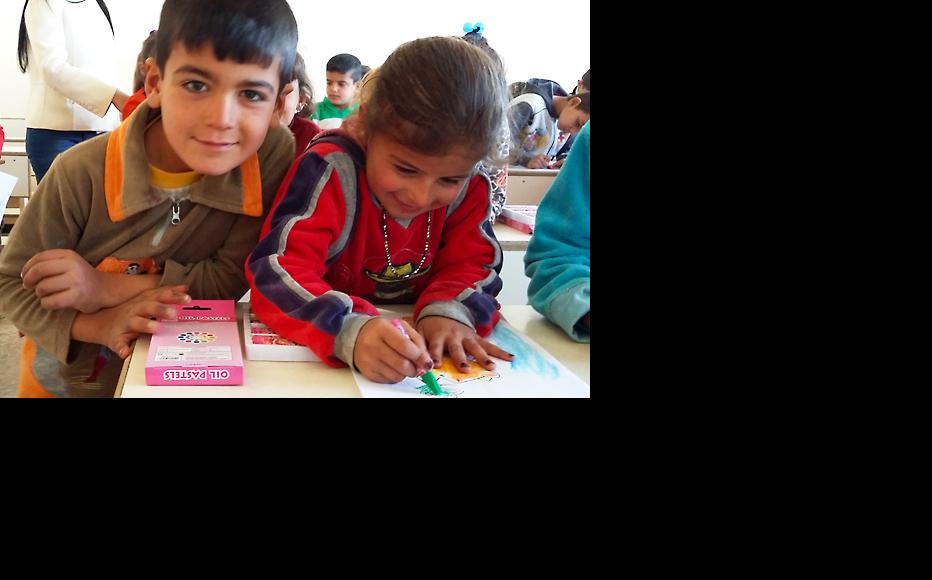 The children got a chance to learn and enjoy new skills (Photo: IWPR) 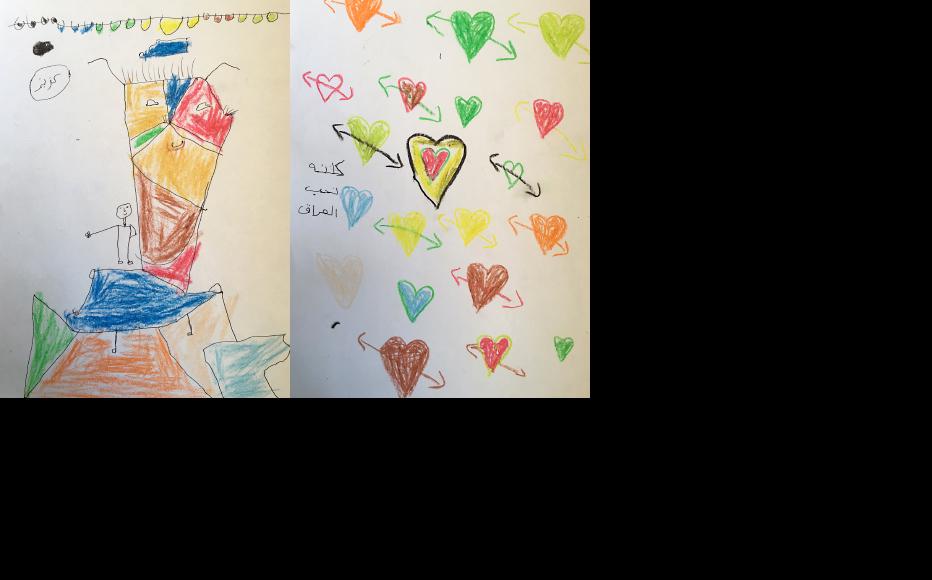 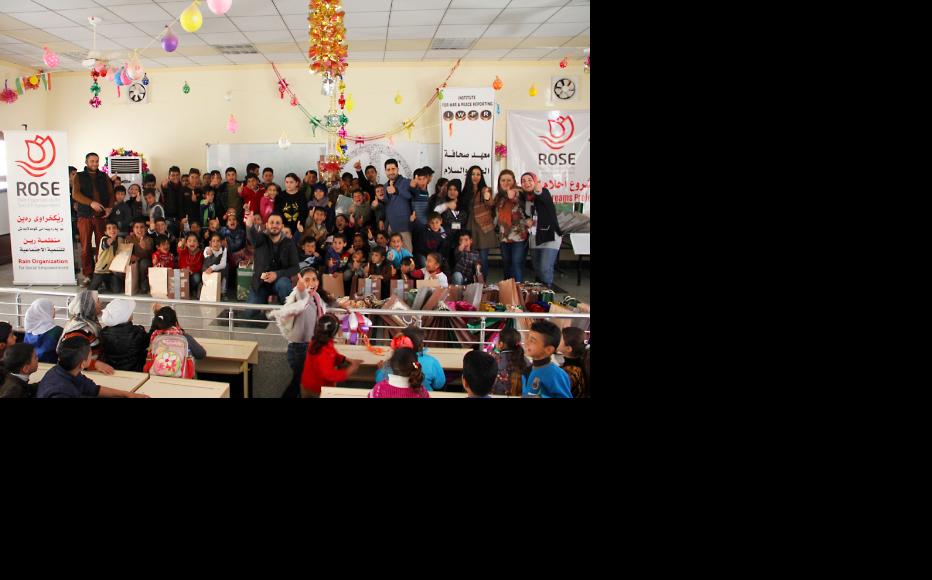 Most of the children brought together for the project were from IDP families (Photo: IWPR) 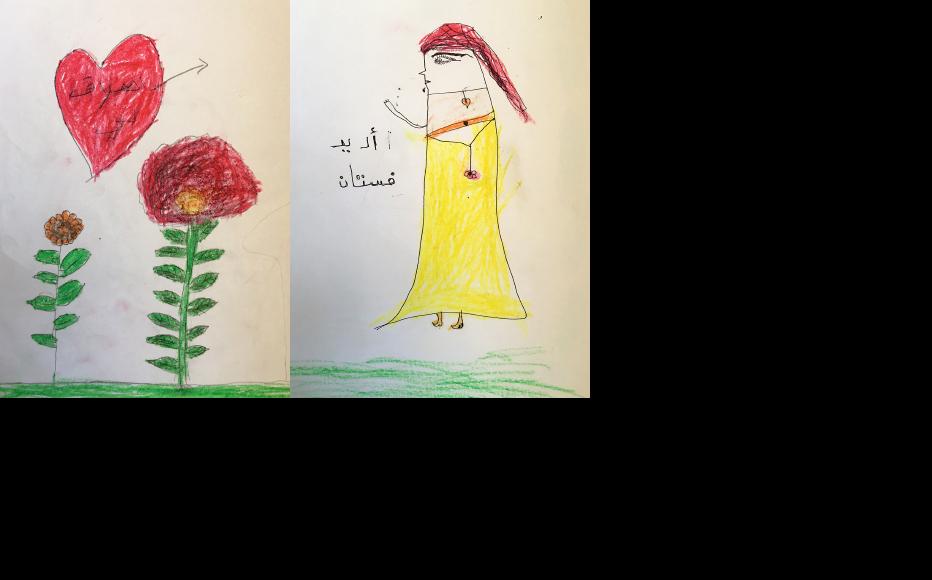 Art produced by some of the young participants (Photo: IWPR) 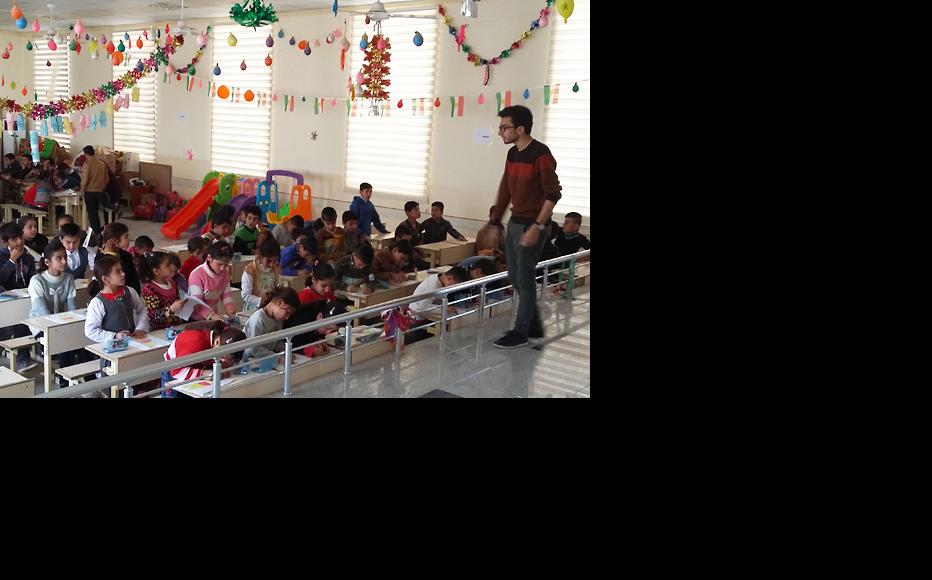 The youngsters had fun and learnt new skills (Photo: IWPR)
The link has been copied

Iraqi children displaced by war have learnt to express themselves through visual arts thanks to a new initiative funded by IWPR.

More than 700 children enrolled in the Displaced Dreams project, which was launched by the Rain Organisation for Social Development and backed by IWPR’s Iraq programme.

The five-day art project ran from February 13 in Mamizawa, a suburb of Erbil, the capital of Iraqi Kurdistan, and covered basic art skills in a course specially designed for children between seven and 12.

Drawing materials were also supplied at the venue.

“Learning to draw is very nice and I like the coloring pens a lot,” said Sabreen, a 10-year-old girl who was displaced from Mosul two years ago. “Here I learned to draw a fish and a cat, and I [would] really like to learn how to draw SpongeBob.”

Mohammed, 12, was also delighted with his art lessons.

“We came from Fallujah about nine months ago because of Daesh[ Islamic State]. Today, I learned to draw a lot of things, and I like the teacher because he laughs and does not shout at us,” Mohammed said.

For the first three days of the course, dozens of two-hour-long workshops took place to train up to 770 kids, 90 per cent of them IDPs. This was followed by a film screening and workshops in which the children could make their own artworks and collaborate on a larger joint project.

Budoor Sabeeh, a 25-year-old Fine Art student from Baghdad, said she was proud to join the project as a teacher.

“The children here are very gifted, and this is the best age to develop their artistic skills,” she said.

Rain Organisation said that this IWPR-funded course was different from all the other courses for vulnerable children they have run in recent years.

“This is the first time we have an actual drawing curriculum which kids can follow,” said project coordinator Tayseer Qadir.

“What also makes this one a special project is the part in which we evaluate the drawings, and also planning to make them available at a public display. In the past, kids drew their pieces and took them home,” he added.

Rain Organisation published a selection of the finished artworks across a number of social media platforms when the programme finished.

In early March, they will go on show – along with a larger collaborative piece by the scheme’s participants - in an outdoor gallery space in Baghdad.

Iraq
Children
Connect with us