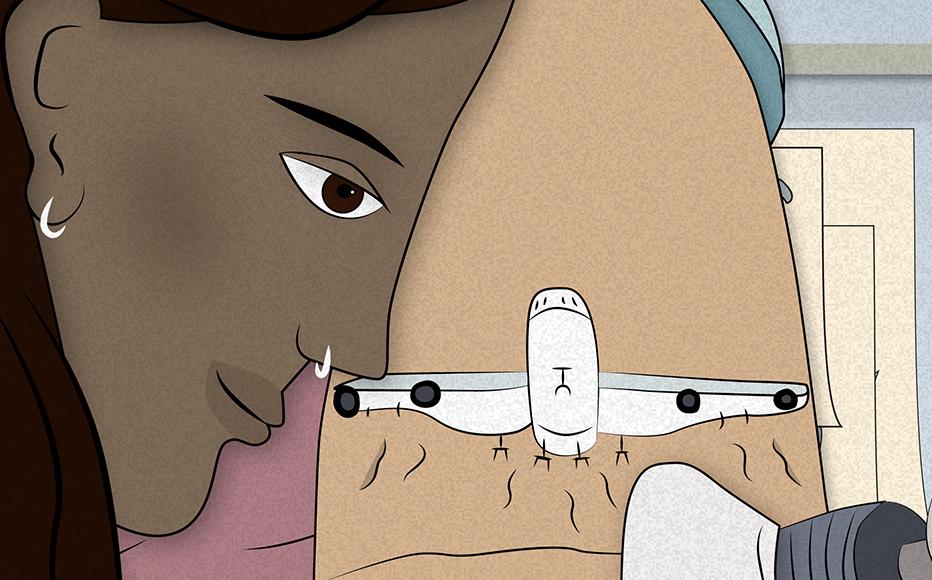 A whole generation of fledgling entrepreneurs have been trapped by uncertainty.

The economic crisis caused by COVID-19 is affecting young people. © Baleria Mena
The link has been copied 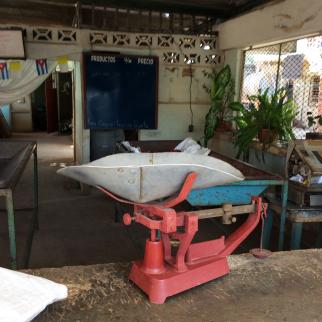 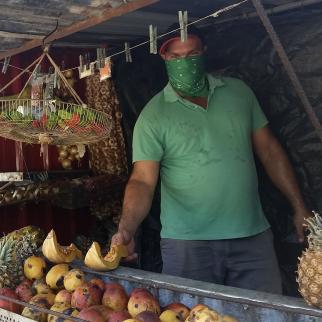 Maikel López has a small fruit and food stall that supplies neighborhoods in Camagüey, Cuba. The stall allows residents not to have to go to crowded state markets. © R. Fernández

“I compare 2020 with 2019. Back then, I used to complain about all this situation thinking that it could not get any worse, but now I see how everything has changed,” said Daniela, a 23-year-old tattoo artist.

“I can’t even think about those ordinary things that were part of my reality before, like buying the materials I need to work. I feel as if I’m frozen in time.”

Daniela’s experience is shared by a whole generation of young Cubans trapped by uncertainty. Over the last decade, they joined the labour market, encouraged by the promise of economic reforms and hoping that the normalisation of the relations between their country and the US during the Obama administration would bring about more prosperity. Many of them, tired of earning low wages in state employment, chose to develop careers as entrepreneurs or freelancers.

But, as relations with the US worsened during the Trump presidency – as did Cuba's economic crisis - their hopes began to wane.

And then the pandemic hit. Tourism disappeared; essential products and services began to run out, and the country's authorities launched a series of economic shock measures that led to the devaluation of the Cuban currency.

The world fell apart for young Cubans like Daniela.

She and others interviewed for this report asked to remain anonymous, fearing that if the authorities identify them they could be prosecuted or prohibited from leaving the country.

“It is hard for me to have hope all the time,” Daniela said. “I can see it doesn't depend on me or my motivation to keep going, or my desire to work.”

Three years ago, she left her home province to move to Havana where the tattoo business was more profitable. In her province, she could charge five dollars for each tattoo; in Havana, people would pay 25 dollars, or up to 50 dollars if the client was a foreigner.

At the time, US tourists traveled to Cuba regularly, providing a massive boost to local businesses. Those who relied on them as a source of income are now seriously struggling.

“Our income was enough to save, to do things,” the 30-year-old said. “Once a year, we could go to an all-inclusive resort in one of the island's tourist destinations. We could buy electrical appliances, which are quite expensive. And we always had beer or wine in the house, and food, good food. My husband travelled, and we bought a motorcycle. We had a good quality of life.”

The collapse of the tourist industry during lockdown forced Adriana to cancel her self-employment license. Nearly 250,000 people – four out of every ten entrepreneurs – did the same as a result of quarantine measures.

She was now ready to take any job she could find, Adriana said. “I will do anything to feed my children.”

Daniela has made ends meet by selling imported goods such as toothpaste and hair dye on the black market, something she had always done for extra income. She managed to sell these products at reasonable prices because she had a stockpile bought directly from the so-called mules who traveled abroad to bring back goods unavailable in the formal Cuban market.

But within a couple of months, the government started to impose penalty fees and other sanctions – including correctional labour and imprisonment – on all such vendors.

“Of course, I was afraid of being caught with a bag full of things while delivering them to people in their homes,” Daniela said. “I was afraid that they would come to our house and find even a small suitcase with bits and pieces. But what I feared the most was having an empty fridge.”

Despite recent reforms to expand the private work sector, entrepreneurs and freelancers still face considerable obstacles. Cuban banks do not grant them loans, and they can’t partner with foreign investors. The wholesale market for the self-employed is still nascent, and only supports catering businesses.

“One has to flee this situation before it eats you up.”

With barely any flights coming into the country and no possibility of traveling abroad because of health restrictions, entrepreneurs have more difficulties than ever importing goods or buying them from the mules.

Daniela said it was almost impossible to find the supplies she needed for her work, and when she does, they are much more expensive. For example, before the pandemic, the price of a tattoo needle was 12 Cuban pesos; now, it costs 50.

Even though the Cuban government recently authorised all self-employed people to import supplies for their businesses through a state enterprise, they can only do it using dollars.

This rule represents a problem for small entrepreneurs like Daniela because they are only allowed to sell their products in Cuban pesos. To find the dollars they need they are forced to look for them on the black market, where hard currency sometimes can only be bought at exorbitant prices.

On top of this, the economic situation means that it is hard to find clients.

“The money people have is to buy food or detergent,” Daniela says. She now does half the work she used to. “Those who go for a tattoo are almost always those who receive money from their relatives abroad.”

Adriana, her husband, and her son are now among those dependent on such remittances, although they never previously needed the help offered by their relatives abroad.

Adriana now puts all her faith in President Joe Biden and the resumption of visas for family reunions suspended in 2017 by the Trump administration. Although it can take years, getting a visa within the family reunification programme is the best way to fulfil the dream of leaving the country.

Daniela, who has never left Cuba, said she had no idea how to arrange this or where she could go.

Nevertheless, she continued, “One has to flee this situation before it eats you up,” adding, “While trying to figure out where to find this or that, life passes by.

“I only have one life, and I want to live it feeling I’m safe and can express what I think, grow my business and support myself.”