Croat detainees were subsequently murdered and buried in mass grave.

Croat detainees were subsequently murdered and buried in mass grave. 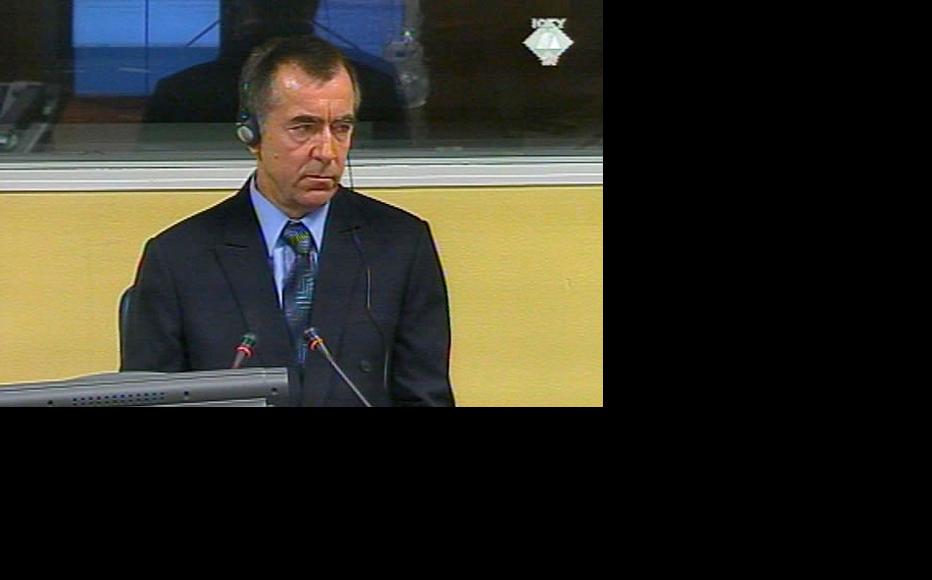 The Hague tribunal heard testimony this week from a former military police officer about events preceding the massacre of more than 260 Croats and others in Vukovar in 1991.

Jovan Susic, who was serving in the Yugoslav army or JNA at the time, appeared as a prosecution witness in the trial of Croatian Serb political leader Goran Hadzic.

During the conflict in Croatia, Hadzic held senior political positions in Serb-held parts of the country. He was president of the Republic of Serb Krajina from February 1992 to December 1993

Hadzic is alleged to have been part of a “joint criminal enterprise” with other political and military officials, whose purpose was the “permanent forcible removal of a majority of the Croat and other non-Serb population from approximately one-third of the territory of the Republic of Croatia” in order to create a Serb-dominated state.

He is charged with 14 counts of war crimes and crimes against humanity committed against Croats and other non-Serbs including persecution, extermination, murder, imprisonment, torture, inhumane acts, cruel treatment, deportation, wanton destruction and plunder.

Susic’s testimony this week focused on events in the eastern Croatian town of Vukovar on November 20, 1991, after it was captured by JNA forces.

That day, around 260 Croat and other non-Serbs were taken from the municipal hospital and transported by bus to the Ovcara farm outside the town. The detainees were beaten, tortured and eventually murdered in the largest single massacre of the war in Croatia. Their remains were exhumed from a mass grave at Ovcara in 1996.

At the time, Susic was a JNA military police officer in Vukovar.

Susic has already appeared in the Hague trial of three former JNA officers – Mile Mrksic, Veselin Sljivancanin and Miroslav Radic – who were charged with war crimes in Vukovar. Mrksic was sentenced to 20 years in prison, Sljivancanin to ten years, and Radic was acquitted.

Susic’s testimony from that earlier trial was admitted into evidence. During a short examination by the prosecutor, he confirmed that at some time between 10 and 11 am on November 20, he was informed by a unit commander from his battalion that there were “some issues with securing buses” that were transporting sick or wounded prisoners-of-war from the Vukovar hospital.

Susic told the court that it was the task of the military police to secure the buses holding the prisoners who later ended up in Ovcara.

The “issues”, he continued, concerned not the prisoners but rather “Serb paramilitaries, people from various units and voluntary groups, and the territorial defence, who were armed and had formed a ring around the buses telling the army that they would take care [of the prisoners]”.

These forces, he said, called out the names of prisoners whom they accused of committing crimes like murder or the destruction of Serb property.

“They were telling us [JNA military police] to leave the buses and let them take care of the Croats inside,” he said.

After about ten minutes, the witness said, he phoned the brigade command and reached its commander, Mrksic.

“Mrksic told me that we must be patient, keep still and increase the security for the buses. He also said that we must wait because the government [presided over by Hadzic] was currently having a session to decide on what will happen with the prisoners and where they will be taken to,” Susic said.

During cross-examination, Hadzic’s defence councel Zoran Zivanovic put it to the witness that there was no government session at that time.

“No, I’m pretty sure it’s what [Mrksic] told me,” the witness replied, insisting that those were the exact words he heard.

As he had previously testified in the trial of Mrksic, Sljivancanin and Radic, he told the court he did not know exactly who took the prisoners away and killed them.

The trial will continue next week.