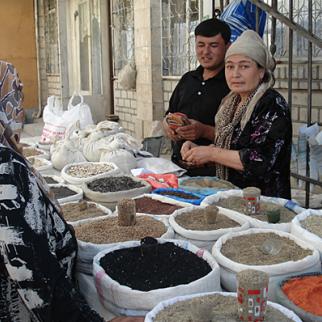 Violent clashes between police and protestors in Uzbekistan’s autonomous republic of Karakalpakstan have highlighted the lack of dialogue between the authorities and the population – a pattern reflected elsewhere in Central Asia.

Over the past six months, a wave of bloody protests have swept through several Central Asian countries. Though these events are unlikely to be connected, analysts say they demonstrate how sensitive questions of national self-determination and social problems remain unresolved.

On July 1 and 2, protests broke out in Karakalpakstan’s regional centre Nukus following a government decision to amend the constitution and eliminate articles on the region’s autonomy.

These quickly escalated into clashes with national guard security forces. According to the prosecutor general’s office, 18 people died, including four law enforcement officers. Nearly 250 others, including dozens of security personnel, were injured. Just over 500 people were detained, some of whom were released shortly afterwards.

The authorities also arrested activist and blogger Dauletmurat Tazhimuratov, charging him with offences, including organising illegal protests, that could see him receive a prison term of between ten and 20 years.

A month-long state of emergency was declared on the region’s territory, with a curfew in force and restrictions on the internet and mobile phone coverage, although daily life was said to have resumed and shops and transport were operating normally.

Karakalpakstan is the largest region in Uzbekistan, comprising 40 per cent of the country’s northwest and located between between Turkmenistan and Kazakstan. The official languages of its population of approximately two million are Karakalpak, a member of the Kypchak branch of Turkic languages, and Uzbek.

President Shavkat Mirziyoyev had proposed a number of articles on changing the status of the autonomous republic on June 20, during a meeting with the constitutional commission.

In meeting with members of the autonomous republic’s parliament following the violence, he announced further consultations over these constitutional changes, which he said would ultimately be put to a referendum.

Analysts believe that the lack of dialogue between the authorities and the population led to the escalation of the situation.

Uzbek political analyst Yuriy Sarukhanyan said that the government had ignored the importance of communication over extremely sensitive issues, especially when it came to ethnic territorial entities within the state.

Political expert Farkhad Tolipov agreed, arguing that the authorities’ apparent intent to push reforms through as soon as possible had led to local anger.

“I consider it hasty that the constitutional commission wants to finish the work quickly,” he continued. “It is possible, if necessary, to consult with activist leaders in Karakalpakstan and prepare them. This decision seemed a bit insulting because of the urgency… I think there is no need to rush.”

This is the third Central Asian countries where the authorities have used force to suppress popular unrest over the last year.

In early January, protests against an increase in gas prices in Kazakstan led to armed clashes and deaths in major cities. In May, in the Gorno-Badakhshan autonomous region of Tajikistan, more than 20 people died when the authorities suppressed protests against police lawlessness.

Sarukhanyan said that, despite the shared political and socio-economic problems of the countries of the region, each of the crises had its own causes.

“This is not an analogue of the 2011 Arab Spring,” Sarukhanyan told IWPR, adding that nonetheless there were some similar features.

“Despite our region’s residents being used to blame external forces for everything, all events had internal causes and were the result of authorities’ mistakes,” he continued. “For example, the destabilisation in Kazakstan at the beginning of the year was the result of a clash of elites. The events in Karakalpakstan were the result of an inefficient system of decision-making and communication with society.”

Tolipov argued that, although these episodes of unrest were unconnected, it was striking that they all happened during the same year.

“This is an internal, natural process. There may be external forces trying to take advantage of this unpleasant disorder. Since it was observed in many regions when such events occurred, the influence of an external force cannot be excluded. However, each of them had its own internal causes.”

Sarukhanyan argued that all countries of the region should now pay closer attention to long-standing problems including in public administration, socio-economic struggles and unresolved.

“The lack of preventive problem solving will lead to new ‘explosions’ in one or another countries of the region,” he concluded.