Murder investigation could finally lead to the imposition of sanctions against Minsk. 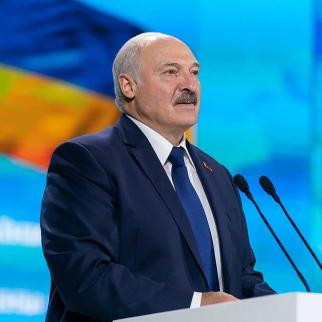 Belarusian President Lukashenko at a public appearance. © Official Website of the President of Ukraine

Murder investigation could finally lead to the imposition of sanctions against Minsk. 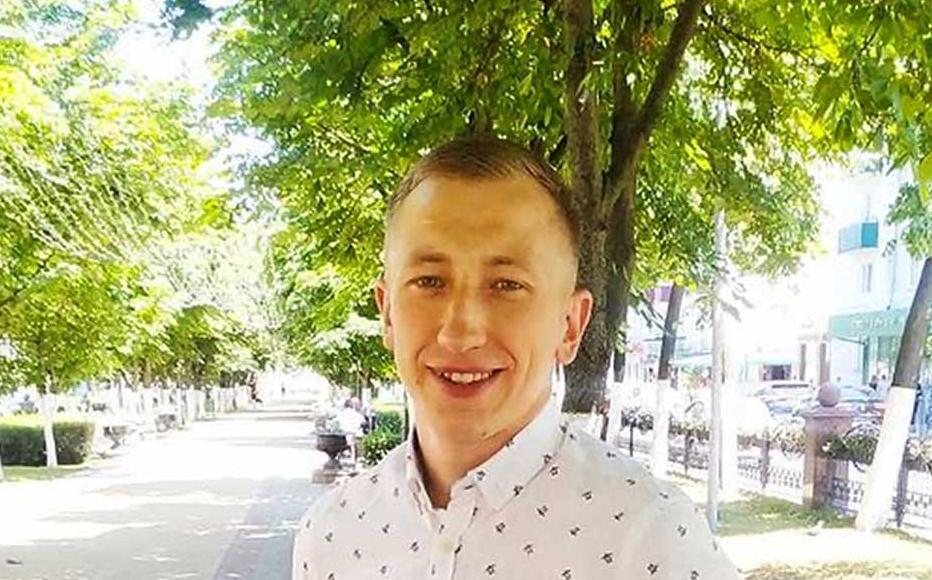 Vitaly Shishov was the head of the Belarusian House in Ukraine, an organisation which helps people escape repression in Belarus following the 2020–2021 Belarusian protests. © Vitaly Shishov's Instagram
The link has been copied

Relations between Ukraine and Belarus are on the verge of a new crisis following the death in suspicious circumstances of a Belarusian opposition leader in Kyiv.

Vitaly Shishov was found hanged in a Kyiv park the day after he went missing on August 2. The police reported that his body had traces of beating, which appears to exclude the possibility of suicide.

Shishov had been an active participant in the anti-government protests that began after the country’s 2020 elections. Fearing persecution by the authorities, he fled to Ukraine where he established the Belarusian House organisation to support his exiled compatriots.

He also ran a Telegram channel through which he attempted to expose employees of the regime’s special services, some of whom were among the Belarusian diaspora in Ukraine.

In the days leading up to his death, Shishov filed a complaint to the Ukrainian police after he came to believe that someone was surveilling him.

Shishov’s death led to a widespread international outcry, with both the EU and US calling on the Ukrainian authorities to urgently investigate the case. In Ukraine, too, there has been public and political anger over the incident, which analysts believe may finally impel President Volodymyr Zelensky to impose serious sanctions against the Belarussian regime.

Thus far, Ukraine has been cautious in its approach towards the Belarus crisis, partly due to fears that President Alexander Lukashenko might retaliate with moves that legitimised Russia’s occupation of Crimea or even allow Russian troops to deploy on his country’s border with Ukraine.

Ukrainian law enforcement is no longer commenting on the progress of the investigation and the prosecutor general Irina Venediktova has already urged caution over its possible politicisation.

Despite the lack of concrete evidence, three possible scenarios have circulating in the Ukrainian media.

“Vitaly Shishov indeed belonged to a small wing of the Belarusian opposition, which explains his connections with the right and even far-right groups,” said political analyst Evgen Magda. “But there are no strong reasons to suspect the far-right groups of his death - this version is used mainly to spread doubt about the political motive of the murder.”

The second and most widespread version is that the opposition activist’s death was connected to Lukashenko, while another theory is that the Russian special services were also involved.

“The liquidation of an opposition activist outside Belarus and the sanctions that might follow against the regime of Lukashenko are very beneficial for Russia,” said Bohdan Yaremenko, a lawmaker from the ruling Servant of the People party. He said that new sanctions would only increase Lukashenko’s dependence on Russia.

“The operation went without any noticeable flaws,” she continued. “It is unlikely that the state security committee of Belarus, which has little experience in murders outside the country, would have acted so cleanly. For comparison, the Russian special services have much more experience, but even they leave traces sometimes.”

Avdeeva added that the operation could have been carried out either by Russia or jointly with Belarus special services. This would be critical for Kiev.

Until now, the stance of the Ukrainian authorities regarding Lukashenko’s regime has been ambiguous; Kyiv supported the EU’s strong statements and declared that it would introduce sanctions against high-profile Belarusian officials, although this never happened.

Ukraine did ban flights for Belarusian state airline company Belavia in response to the forced landing of Ryanair plane which led to the arrest of opposition leader Roman Protasevich. However, unlike the EU and the US, Ukraine avoided imposing sector-based economic sanctions against Belarus.

In late July, a Ukrainian minister told journalists at an off-the-record briefing that Kyiv was deliberately avoiding such a move for fear of negative consequences for its economy.

He added that imposing such sanctions might push Lukashenko to recognise occupied Crimea as part of Russia, and most importantly to agree to the deployment of Russian troops on the Ukrainian-Belarusian border. The latter is especially undesirable for Ukraine.

However, Shishov’s death could change the wait-and-see tactics of the Ukrainian authorities, especially because many politicians, including those from the ruling party, were quick to demand serious measures to punish the Belarusian dictator.

“Kyiv’s refusal to join the Western sanctions against Belarus does not look very appropriate anymore,” Magda said. “There are already questions about how Kyiv can demand that the EU maintain or even strengthen the sanctions against the Russian Federation when it is refusing to punish another authoritarian regime.

“However, if indisputable evidence proves that Lukashenko’s special services were involved in Shishov's death, further delay will be almost impossible."