Ennahda picks one of its own to take over prime minister’s post after dismissing plan for a non-partisan government to see country through crisis.

Ennahda picks one of its own to take over prime minister’s post after dismissing plan for a non-partisan government to see country through crisis. 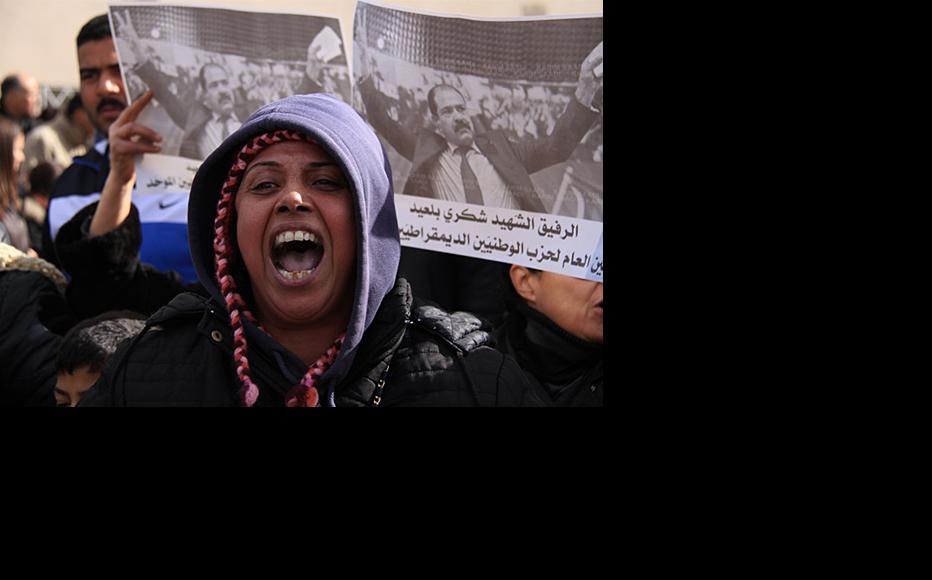 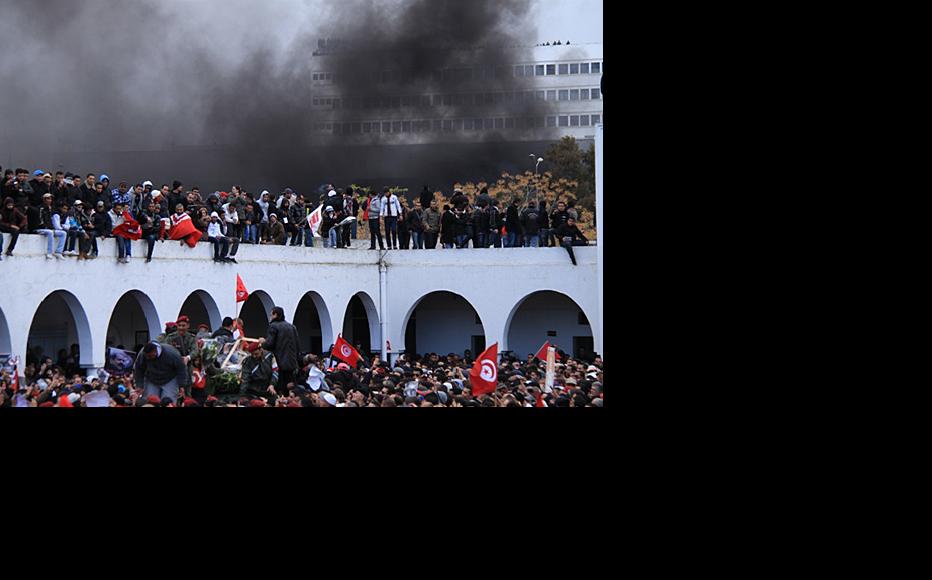 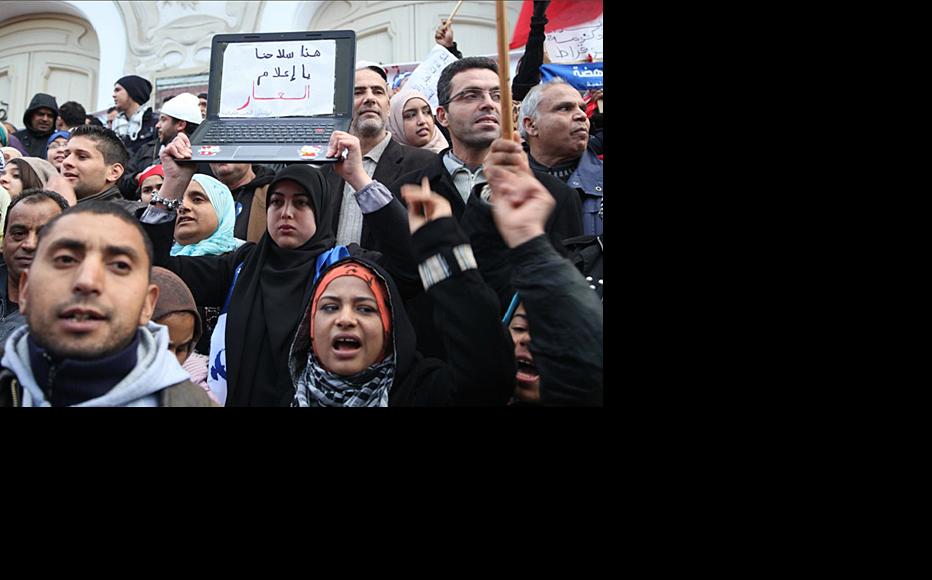 Ennahda supporters rally on the steps of Tunis’ Municipal Theatre. (Photo: Rabii Kalboussi)
The link has been copied

Two weeks after the murder of opposition politician Chokri Belaid, political turbulence continues in Tunisia. The governing Ennahda party said on February 22 that it would nominate Ali Larayedh to succeed outgoing prime minister Hamadi Jebali, who resigned three days earlier when his proposal for a technocratic cabinet failed to win support.

The nomination has to be approved by Tunisian president Moncef Marzouki.

In the weeks prior to Belaid’s assassination, Tunisian politics seemed to have ground to a halt. Not a single article from the new constitution had been passed by the Constituent Assembly. The draft constitution, which should have been approved in October, had been criticised by legal and human rights experts as vaguely-worded and too open to interpretation, so that it could be used to legitimise an Islamic theocracy.

The government was also in the midst of a reshuffle, with changes to ministerial posts being made only months before elections scheduled for this June.

Then, on the morning of February 6, Popular Front party leader Belaid was gunned down outside his house in Tunis.

As his body was driven through the capital in an ambulance, crowds swarmed around the vehicle, and police used tear gas to disperse them.

First hundreds, then thousands of Tunisians began descending on the city centre. Their shock and anger was clear from the slogans they chanted, many of them directed against Ennahda.

President Marzouki cut a foreign trip short when news of the assassination reached him. Before coming home, he told the European Parliament that the killers were “enemies of the revolution”.

Prime Minister Jebali acted swiftly, announcing that he would dissolve the Ennahda-dominated government and appoint technocrats as ministers instead, until an election could be held.

Ennahda responded by saying Jebali – who is a member of the party – had not consulted it, so it would not allow the changes to go ahead.

By February 7, popular anger was rising. The main trade union, the UGTT, called a national strike, effectively shutting Tunis down. Peaceful protests escalated into violence as police set up barbed wire and barricades and used tear gas on protesters. Young men threw rocks and slabs of concrete at the police.

The clashes left one officer dead, according to the interior ministry. The streets resembled a war zone, and observers said they had not seen protests and violence of this kind since the 2011 revolution that toppled President Zine El Abidine Ben Ali..

Belaid’s funeral took place on Friday, February 8, and tens of thousands of people of all ages and political persuasions came to attend at El-Jallez cemetery.

Halfway through the day, groups of young men began causing trouble, setting fire to cars and attacking mourners. Police fired tear gas, initially at the troublemakers but then also aiming into the cemetery. Hundreds fled to escape the fumes.

The next day, Ennahda rallied several thousand supporters in central Tunis. There was an oddly carnival atmosphere, with popcorn and flags on sale. The following weekend, the party held a second rally, during which Ghannouchi told the crowd that Ennahda was the pillar holding up Tunisia.

The unrest in the streets has calmed, but Tunisia’s leaders are still struggling to come up with a solution likely to satisfy people’s demands. The opposition parties in the Alliance for Tunisia argued for a new consensus-based cabinet. Hamma Hammami, spokesperson for Belaid’s party, was adamant that Jebali step down as prime minister to make way for a new government. With political pressure building, Ennahda put forward a plan to fill ministerial positions with a mix of politicians and technocrats, and then named Interior Minister Larayedh as its choice of prime minister.

Megan Radford is a freelance journalist from Canada, currently working as a consultant for IWPR in Tunisia.