As politicians argue about what to do next, Tunisians take to the streets in scenes reminiscent of spring 2011.

As politicians argue about what to do next, Tunisians take to the streets in scenes reminiscent of spring 2011. 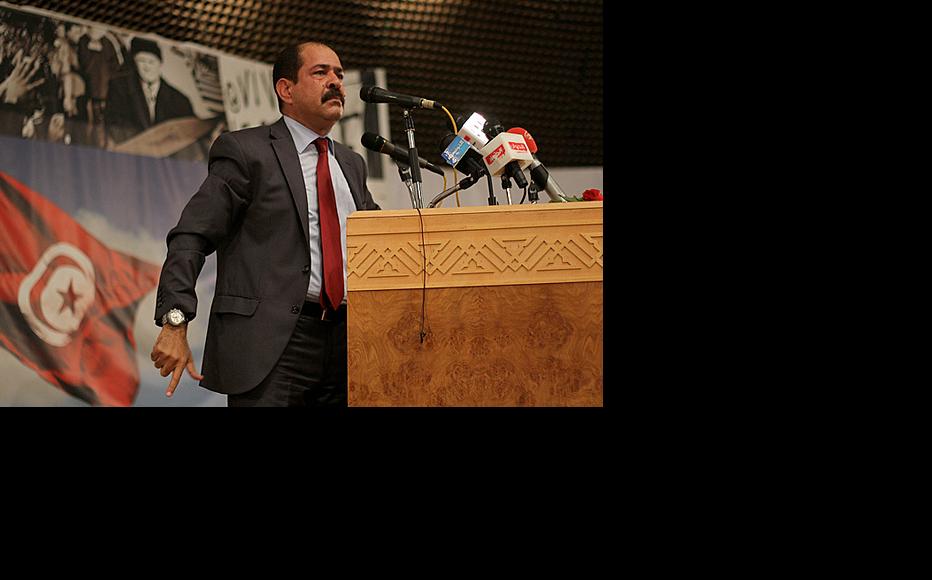 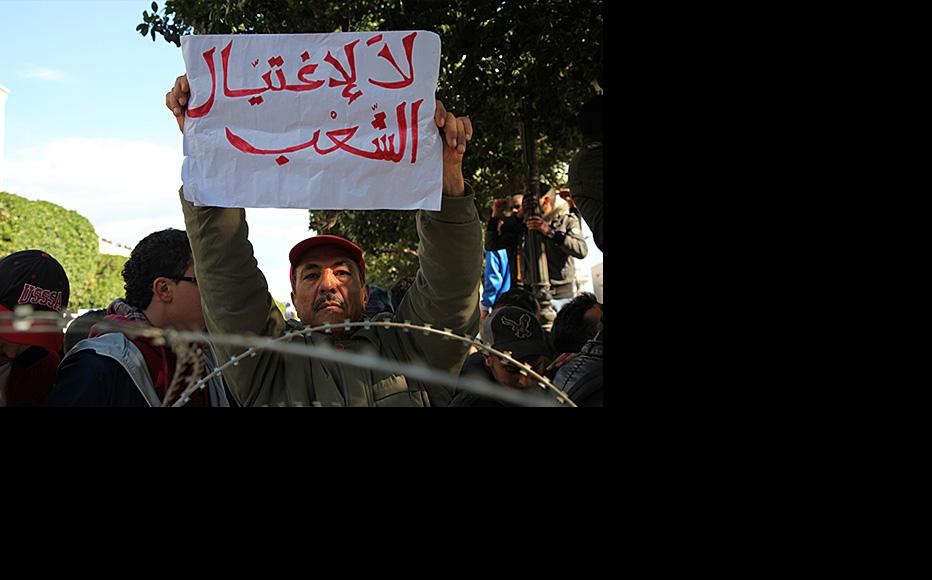 Protestor in Tunis holds sign saying "No to killing the people". (Photo: Lassad Ben Achour/Jadal.tn)
The link has been copied

Violent protests continued in central Tunis on February 7 after the death of leftist politician Chokri Belaid the previous day.

The Popular Front party leader was shot outside his house in the Tunisian capital on the morning of February 6, in what officials are calling a political assassination – the first since the 2011 uprising that toppled President Zine El Abidine Ben Ali.

In other parts of Tunisia, government buildings were attacked, as protesters vented their anger on the ruling Ennadha party.

After a day of violence, Prime Minister Hamadi Jebali held a press conference and announced he was dissolving his cabinet and replacing it with a technocratic administration which would run the country until the next elections. The new ministers would hold no political affiliation, and their mandate would be limited to managing the country.

But later on February 7, Jebali’s own party, Ennadha, came out against his decision, saying the prime minister had not consulted it in advance.

The party’s deputy chairman Abdelhamid Jelassi was quoted by Reuters as saying Ennahda would be talking to other parties about forming a coalition, “political” government.

The party’s stance led to more protests on the streets.

“Ennadha and these politicians – the whole government is crazy,” said one man on Habib Bourguiba Avenue who has been out of work since 2007.

Arguing that successive Tunisian governments have held millions of people down, he warned, “It’s war – a war to win something.”

Tunisian president Moncef Marzouki cut short an overseas trip to return home, but not before appearing before the European parliament in Strasbourg to say that “we have a lot of enemies of this peaceful revolution, and they have decided to make it fail”.

“This is a threat, it is a letter that has been sent but which will not be accepted. We reject this letter, we reject this message and we will continue to unmask the enemies of the revolution,” the president said.

Ennahda leader Rached Ghannouchi called for a day of mourning, telling local media, “The killers want a bloodbath but they won’t succeed.”

The slain opposition politician’s widow Basma and brother Abdelmajid Belaid have both accused Ennahda of responsibility for his death. Basma Belaid told French radio her husband had been receiving threats on a daily basis.

Ghannouchi responded by telling Tunisia’s Al-Wataniya television that “Ennadha has no interest in trouble in this country.”

Others have directed their anger at the League to Protect the Revolution, a movement that supports Ennadha and that has attacked critics like the UGTT trade union, an ally of Belaid’s Popular Front.

The day before his death, Belaid was on Tunisia’s Nessma TV channel television calling for the league to be disbanded, and warning that the country was heading for further political violence, including assassinations.

Many commentators see Belaid’s assassination as a tipping point. The concerns articulated by protesters are the same as sparked the 2011 revolution – unemployment, lack of opportunity, political violence and police brutality.

“Chokri Belaid’s death isn’t about him dying, or about the loss of one person,” Myriam Ben Ghazi, a journalist and reporter for the Tunisian NGO Al-Bawsala, said. “It’s about the fact that we have a political assassination after the revolution. It’s frightening. It’s so scary. The fact that you have political assassination after the revolution means you have changed nothing.”

Describing the mood on the street as of February 7, Ben Ghazi said, “Today is not the end... it’s the beginning. My personal opinion is that it’s a second revolution. What I saw in the street today, I haven’t seen since January 14, 2011. I haven’t seen this in two years.”

Megan Radford is a freelance journalist from Canada, currently working as a consultant for IWPR in Tunisia.

Tunisia
Conflict
Connect with us