Syria: A Decade of Insults

A daughter is stigmatised by her father’s links to the Muslim Brotherhood.

Syria: A Decade of Insults

A daughter is stigmatised by her father’s links to the Muslim Brotherhood. 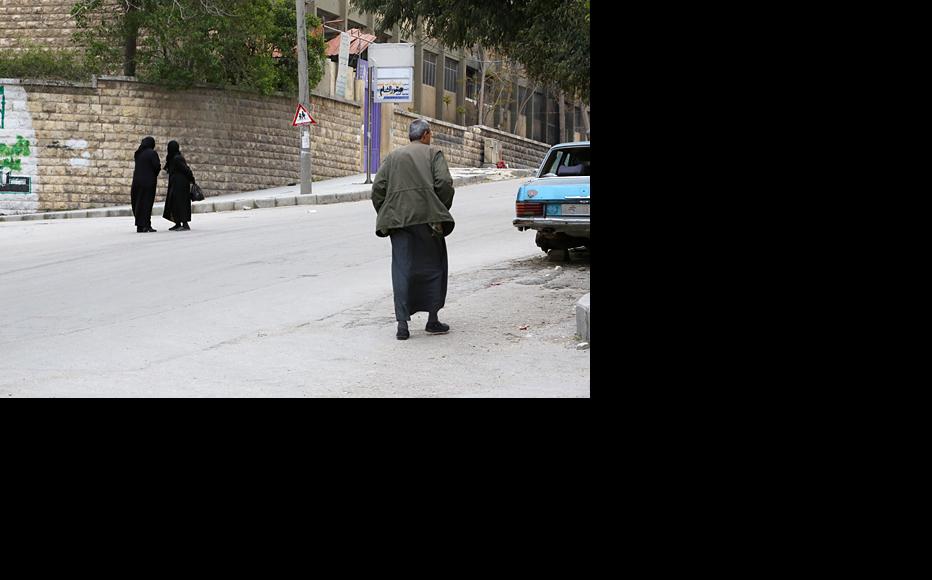 Two women stand and chat outside a school in the Ansari neighbourhood of Aleppo. (Photo: Hussam Kwaifatiya)
The link has been copied

When I first started primary school, I was taken aback by the slogans I found written on the walls.

This graffiti had nothing to do with education, or even the mottos usually associated with classrooms, like “education is light”, or “school is my second home”.

Instead, scrawled on the wall I saw, “the Muslim Brotherhood are regressive collaborators and the tools of imperialism!

I was quite shocked, because I knew my father was in prison for alleged membership of the Brotherhood. I didn’t know much more about him, as he had been imprisoned ever since I was a baby.

I tried to ignore the slogans, and I didn’t mention them to anyone.

Then, a few days after starting school, I had a furious argument with one of my friends. As we lobbed insults back and forth, she spat out that I was the “daughter of a Brother”.

I was taken aback, although I didn’t understand what she meant. I forgot we were arguing and asked her what the insult meant. Was it even an insult? Why had she shown me such disrespect? And should I feel ashamed because my father was part of the Muslim Brotherhood?

When I got home from school, I fired the same questions one after the other at my mother.

Only my grandfather added that “the Brotherhood is good”, although he quickly followed that with “don’t tell anyone I said that!”

After ten years in prison, my father was released ten days before the outbreak of the Syrian revolution in 2011. He didn’t have much to say about his experiences with the Brotherhood, and actually avoided mentioning the group at all. I never put pressure on him to talk about his time in prison or even about why he had been incarcerated for an entire decade.

As the Syrian uprising unfolded, I became bolder about defending not only my father but also the Muslim Brotherhood and its rights.

One day when the uprising was into its second year, I asked my father where he was going as he left the house.

The Muslim Brotherhood had joined the opposition, and initially made up a large percentage of its ranks.

I hoped that the Brotherhood would come to the fore in this wave of political activism, and that it would lead peaceful protests and even take armed action.

But I soon stopped asking my father about his meetings, and what had been gained from the uprising.

After each meeting, my father would tell me it had been a failure. “We couldn’t come up with anything new,” he said.

I wanted to be proud of my father, who had spent ten years in Palmyra prison after being accused of being a member of the Muslim Brotherhood. I had spent those years on the receiving end of insults, unable to answer back on either my own or my father’s behalf. The revolution was an opportunity for both of us to reclaim our dignity in the eyes of those who had heaped insults on us under the Assad dynasty.

But even now, I am unable to defend my family against the slurs. The only thing the Muslim Brotherhood has contributed to the revolution has been to seize seats for itself in the so-called coalition. The only compensation they offered my father for all the years he spent in prison was 100 US dollars and an aid package. They didn’t forget me either – I was recently sent an abaya (cloak).

Four years after the uprising began, any faith I once had in the Muslim Brotherhood has been thoroughly crushed.

They have not done anything for the revolution, and I still have nothing to say that can counter the insults I used to suffer.

Now, like my mother, I prefer to disassociate myself from the Brotherhood.

Speaking Out: Women's Voices from Syria
Syria
Detentions, Opposition
Connect with us